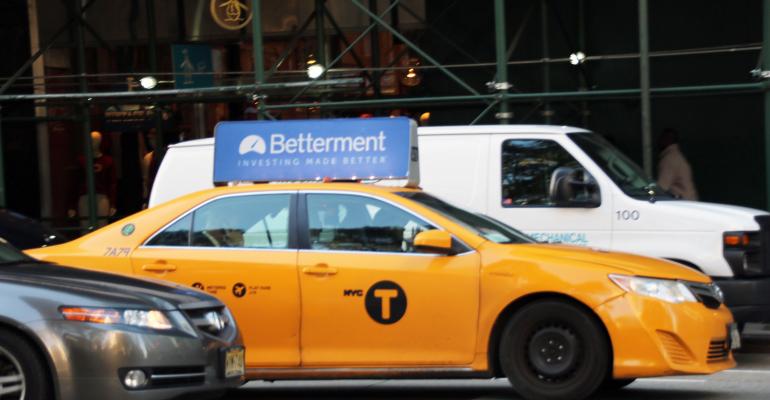 Assuming customers take to the new cash management tool and the company’s estimates prove accurate, it could ultimately prove lucrative for the robo advisor.

Betterment is rolling out a feature to help investors earn more interest on cash, which could prove lucrative for the automated advice platform, or so-called robo advisor, if the company’s estimates and predictions hold up.

The new “Two-Way Sweep” feature uses an algorithm to automatically analyze and move excess cash to and from an investor’s checking account and Betterment’s Smart Saver account.

The Smart Saver account is a portfolio of exchange traded funds that invest in 80% short-term U.S. Treasury Bonds and 20% short-term investment grade bonds; the company expects it to earn an annual yield of 2.09%, net of expenses and fees. That’s well above the national average savings account interest rate for deposits under $100,000 of 0.09%, according to the Federal Deposit Insurance Corporation. However, Smart Saver accounts are investment accounts and therefore not insured by the FDIC.

A lot of Betterment’s investors have a considerable amount of cash in bank accounts: Almost 30% of Betterment’s more than 360,000 customers have nearly $20,000 on average in what it considers to be excess cash, the company said.

Mike Reust, chief technology officer at Betterment, told WealthManagement.com that the Two-Way Sweep aligns both company and investor interests. That said, the feature is nonetheless a way for the robo advisor, which currently manages $14.1 billion, to gather more assets it can charge a fee on.

If Betterment began managing an average of $20,000 in excess cash for 30% of its customers based on its management fee of 0.25% per year, it would equate to roughly $54 million in potential annual fee revenue. Even half that amount would be a significant bump in revenue for the firm.

Having backtested the feature over the past year, Reust said Betterment is confident in the software that analyzes account activity and takes into consideration regular deposits, withdrawals and seasonal changes in spending habits. Customers who choose to enable Two-Way Sweep won’t have to worry about having too little cash when they need it or, even worse, overdrawing an account and facing a penalty. In addition to the guardrails on the automated transfers back and forth, a Betterment investor could always initiate a transfer from their Smart Saver account to their bank. “We’re not just trying to trick people into giving us money,” Reust said.

But Reust acknowledged that backtesting is imperfect and that the company is first rolling out the cash analysis part of Two-Way Sweep. Fewer than 1,000 investors will initially have access to it with the goal of making it available to everyone before 2019.

Creating the algorithm is the hurdle that has kept other firms from launching something similar, Reust said.

Another popular robo adviser, Wealthfront, has explored potentially offering a product akin to a savings account. For financial services firms, having clients’ cash in bank sweep accounts means missing out on a management fee, though there are other revenue opportunities. Earlier this fall, Morgan Stanley closed a money-market mutual fund yielding 1.8% where it placed $6.3 billion in cash from clients’ brokerage accounts and moved the money into bank accounts. Charles Schwab did the same earlier this year.