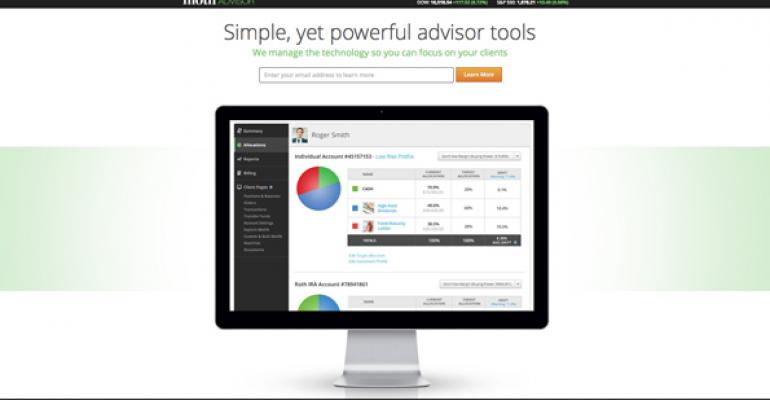 Online investment platform Motif Investing said it raised $35 million in new funding, which will go toward expanding its services for financial advisors and taking its platform international.

Motif plans to start its world expansion plans in Europe next year. “There is a huge demand in European markets for more accessible and transparent financial services like Motif Investing, and we are delighted to use our expertise to introduce Motif to an entirely new set investors and customers, and to help the company scale globally,” said Tim Bunting, general partner at Balderton Capital and Motif board advisor, in a statement. To make that happen, Motif is looking to almost double its current 60-person team by the end of the year, Walia said.

Started just three years ago by Walia, a former Microsoft executive, the San Mateo, Calif.-based company provides an investment platform offering low-cost, customizable portfolios built around popular themes, or motifs. “Crowd-sourceable, no-fee, customizable ETFs,” as Walia calls them. For $9.95, investors can select a motif made up of 20-30 stocks focused around a theme such as Robotic Revolution or Obamacare.

Motif, which started as an online brokerage for retail investors, recently came out of beta phase with its new advisor service. Aimed at the independent channel, Motif Investing’s Advisor Platform provides advisors with access to its platform, as well as tools to build motifs, re-balance multiple client portfolios in one click, simple CRM tools, basic reporting services and digital onboarding. Tax-harvesting tools and hedging services are expected to be added by the end of the year, according to Walia.

Advisors can sign up for the Motif Advisor Platform for $20-$50 a month, depending on the size and complexity of the advisor’s business. The company aims to provide advisors with tools that will reduce business costs while allowing them to focus on guiding clients.

“Investing is complicated; advice, especially, is complicated,” Walia said. “We use the power of software to make a person more impactful.”

The company also has plans to institute a program that will refer investors from its retail business to financial advisors on its advisor platform based on preferences and geography. “Once you start to accrue wealth, it becomes difficult. You need a financial advisor,” Walia said.

Motif also rolled out a new set of nine portfolios called Horizon Motifs. The asset allocation models, aimed at self-directed investors, are made up of ETFs that have no added advisory fees and no trading commissions. The management fee comes out of returns, but investors pay no upfront costs.

A family of “smart beta” motifs, specifically for advisors, is also set to launch by the end of the month. Based on 23 asset classes, these portfolios will be made up of motifs crafted around individual securities. More information and a white paper are expected to be released closer to the launch, according to Walia.

Motif’s funding comes on the heels of similar news from online advice platforms Betterment, LearnVest and Wealthfront, which raised a combined $95 million.