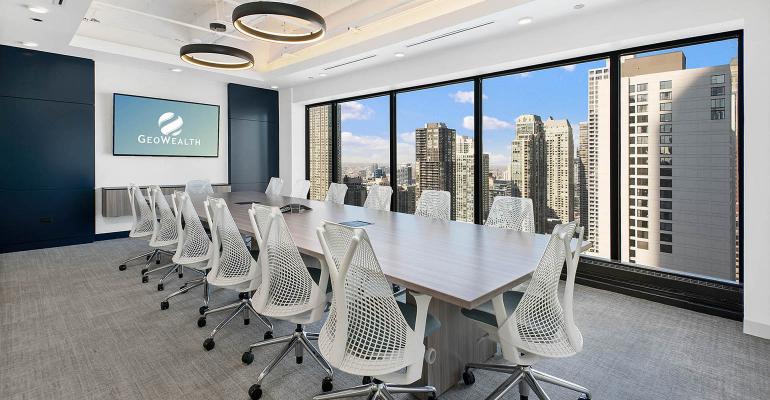 The 'technology firm in the shape of a TAMP' intends to use the capital to expand its engineering and distribution capabilities.

The turnkey asset management program GeoWealth announced Thursday that it had raised a $19 million Series B funding round led by Kayne Partners Fund and a follow-on investment from JP Morgan Asset Management.

“This is a technology story,” said Colin Falls, president of GeoWealth. “Yes, TAMPs were the big disruptors a decade ago but what we have built is really new technology that just happens to be in the form of a TAMP.”

Founded in 2010, the Chicago-based TAMP’s Series B follows its undisclosed Series A round by JP Morgan Asset Management in December 2018. Since then the assets under management on the platform have grown to $7.3 billion and total assets under advisement stand at $16.7 billion.

The firm’s sweet spot, according to Falls, is in the small to midsize advisor market, roughly advisors starting out to firms with $2 billion in AUM.

“Once you get larger than $2 billion you tend to want to keep everything in house, and yes, while we have a couple firms larger than $2 billion, we see our offering as best suited for that small-to-midsize RIA in need of one central operating system for their technology and that has fallen under the radar of the larger TAMPs,” he said.

Falls, who said he was 27 at the time the firm launched, kept it in beta from 2010 to 2016 and worked with a single client firm that has since divested.

The real selling points for his platform among its 1,000 RIA users are its relatively young, integrated technology stack that is open architecture and offloads middle- and back-office responsibilities, he said.

He said the core of the system starts with portfolio accounting, but it also has built in performance reporting and billing, which supports subaccounts.

“We built in unified managed accounts or sleeving from the start—a lot of times advisors will use a rebalancer but that often breaks when it comes to managing subaccounts,” he said.

Other features of the “homegrown” tech stack include a client portal, which provides the advisor and client similar views.

Aite Group senior analyst Dennis Gallant said there is a market for this type of offering among growing RIAs.

“When firms make the realization that ‘I don’t want to have this disjointed way of managing everything,’ that they want to manage everything on a single platform that reports and you can trade and that is where the market is going to,” he said.

“Certainly, when you go to the larger wealth management firms and wirehouses they have all this, but smaller RIAs do not,” said Gallant.

The additional capital will allow the company to expand its product, engineering and distribution teams. The firm is currently made up of 70 employees, with effectively 30 on the product and engineering side and the other 40 spread across middle- and back-office support.

Falls said while the firm’s headquarters is in Chicago, the engineering team is based in Sofia, Bulgaria, and is structured as a subsidiary of GeoWealth.