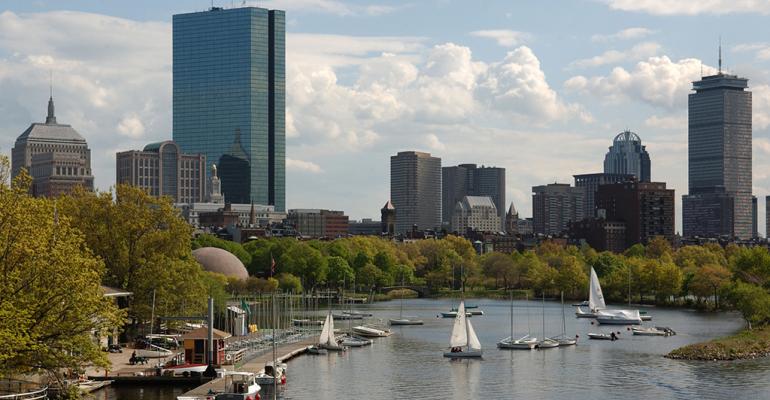 Is Massachusetts the Next Epicenter of Fintech?

A new report predicts the second wave of fintech development will come out of Massachusetts. The state’s financial-services sector accounts for 6 percent of total state employment, and the number of jobs in the space jumped from 174,000 in 2015 to 181,000 in 2016, according to a report by Mass Insight and PwC. “Fintech stands to be one of the emerging economic pillars for Massachusetts, attracting a host of promising startup businesses and appealing to a wide range of growing enterprises,” said Robert L. Reynolds, president and CEO of Putnam Investments, in a statement. The most promising areas for fintech innovation in the state include machine learning and advanced analytics, cybersecurity, digital identity, blockchain, robo advisors and robotics. The report pointed to startups in the state that are already gaining traction, including The Fidelity Labs Incubator, which launched a student-debt tool, and FutureFuel.io, a platform for helping students pay down debt.

What role can AI play for asset managers? That’s what Japanese firm Nomura Asset Management wanted to find out with a proof-of-concept study to determine whether AI can increase the accuracy of portfolio managers’ decision-making. Nomura partnered with the Nomura Research Institute to analyze all of the information a portfolio manager could typically consume, from analyst reports to news sources, blogs and social media, and scored each as either positive or negative to provide a quantitative basis for an investment decision; human managers take a more qualitative approach to the same information. The conclusion? The quant approach did improve the asset managers' decisions. "In the future, it is expected that more information that could not have been captured by humans qualitatively will be available as quantitative information," the report concluded.

Millennials Really Do Eat Out a Lot A new study shows that millennials are spending what could be their saving money on restaurants and coffee. The Bankrate study reveals that 29 percent of millennials buy brewed coffee at least three times a week, 51 percent go to a bar at least once a week, and 54 percent eat out at least three times a week or more. In comparison, 59 percent of all Americans say they don't purchase any brewed coffee per week, 73 percent say they don't drink at bars habitually and 40 percent only buy take-out once a week, USA Today reports.