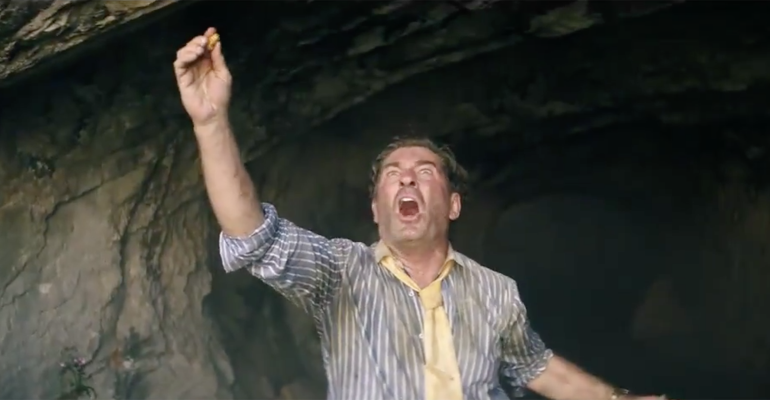 Grayscale, the company behind the first public stock tied to the price of Bitcoin has begun heavily pushing its new ad campaign, summed up as #DropGold.

First unveiled in May, the campaign seeks to characterize gold, and anybody who invests in it, as old, slow and out of touch with millennials.

Its latest ad shows an advisor with a pick in a cave hard at work mining gold (it’s unclear if the mining aspect is meant to be a double entendre, given Bitcoin is also “mined”). However, his hard labor leaves him falling behind his clean/easygoing colleagues who’ve embraced Bitcoin

According to Grayscale, “There’s no other way to put it: gold is overrated, outdated, and inflated. Gold’s own update is long overdue.”

ANNOUNCEMENT: Our second commercial goes live TODAY as we double down on #DropGold with our next chapter of educating investors about the investment-case for #Bitcoin and $BTC access products like $GBTC: https://t.co/k4v29jjob9 pic.twitter.com/VgxCY04AYR

The firm further takes aim at out of touch advisors, explaining, “Digital currencies are a prime example of a new asset class for which many advisors lack an understanding. The complexity and unique properties of this new asset class can sometimes feel overwhelming to both investors and even the most seasoned financial advisors, which can discourage even an exploratory conversation about digital assets.”

Whether such tactics reignite the enthusiasm for crypto that swept the nation only a couple of scant years ago or go down as yet another misguided attempt to appeal to the millennial generation remains to be seen, but the challenge of expanding cryptocurrency investment beyond the uber tech savvy and early adopters to mainstream investors is certainly daunting.