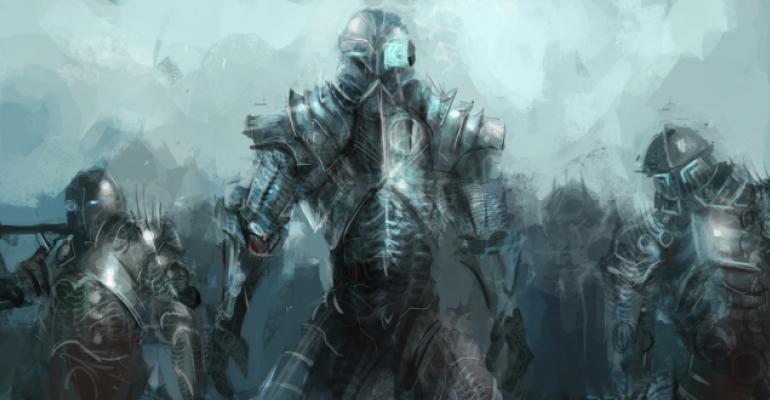 In "Game of Robos," is Winter Coming for Smaller Firms?

As the companies battle for assets like a digital&nbsp;Game of Thrones, will the newcomers survive?

Though digital investment advisors still manage a relatively tiny amount of assets, robo advisor growth continues to pick up speed and shows no signs of slowing down.

During a Friday session at the InVest 2015 conference in New York, Steffen Binder, co-founder and research director of MyPrivateBanking Research, said there’s no doubt these tech startups pose a threat to traditional wealth managers, but the entrance of established firms into the robo market will be much more disruptive. As the companies battle for assets like a digital Game of Thrones, will the newcomers survive?

Although many of the startups have introduced technology or services not offered by bigger firms, Binder said none of the innovations present a barrier that the establishment can’t be overcome within a few months.

“Robo advisors as we see them today, the Wealthfronts and the other startups, they have good businesses and they’ve really built something that is catching a trend with the consumer, but they’re not protected from competition,” Binder said. “There’s not a big moat around robo advisors, and that’s the advantage of the established players. So they can easily enter this market and attack robo advisors.”

Binder expects most global wealth managers and banks to have their own automated service within the next 36 months, and their scale and experience is a significant advantage. And in the “Game of Robos,” you either scale or you die. Or get acquired.

But the robo startups aren’t doomed yet. Startups have the advantage of innovation and being able to adapt quickly. While many of the automated offerings appear similar, there’s actually a wide variety of strategies each player is attempting.

For example, every robo advisor offers automated investing and rebalancing, but there are huge differences in other services like advice, tax optimization, financial planning an account aggregation.

Binder also showed a great disparity between the average assets under management per client, which he said indicates each robo targeting different client segments. Some specialize in young clients and the mass affluent, while others focus on boomers and retirement. There is also a wide range of pricing offered by each company.

In general the companies are adopting one of three strategies. Either they emphasize their low cost, how easy their platform is to use, or their superior products and investment strategies.

So which strategy is likely to win? As Game of Thrones viewers know, it’s still too early to tell.

“As a research company, we aren’t sure [which strategy] is going to be most successful on the market,” Binder said. “The industry is too young to make that prediction.”

There’s a third element at play slowly creeping into the competition like an army of White Walkers, which could completely upend the current robo market. Binder said Google, Apple, Facebook, Amazon and Alibaba, or GAFAA, are all very interested in the investment advice industry and are taking steps to increase their presence. Google already has a full banking license in Europe, and Alibaba recently purchased one of the largest Chinese fund management firms.

Also on the horizon is cognitive computing technology, like IBM’s Watson, which could calculate a more holistic understanding of client needs and automate even more of an advisor’s services. These advancements are least five years away, but Binder believes software could eventually replace most human intelligence.

Though unlike the brutal world of Westeros, where the competition for the Iron Throne seems to kill everyone in its wake, Binder said the competition between robos will only result in happier clients.