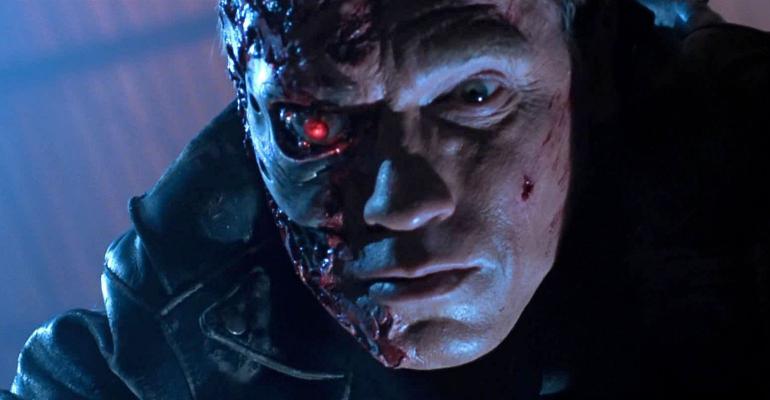 Following The Robo War, Digital Hybrids Rise From the Ashes

The war between robo advisors and human wealth managers has ended with a truce. The future is the so-called hybrid model: Digital tools, user experiences and automation of advice backed by human expertise and abilities that can’t be matched by machines.

Modern investors actually prefer the robo-human combination, according to a new report from Accenture. Two-thirds of the 1,300 investors surveyed across all age groups and income brackets said they would prefer a robo hybrid to either a dedicated human advisor or a completely digital service.

“The ‘robo versus human advisor’ debate has lost relevance for investors and wealth and asset managers in North America,” said Kendra Thompson, managing director and head of Accenture’s global wealth management practice. “Our research clearly shows that investors want a combination of automated and human advisory services, and that significant numbers of Millennials and Gen Xers have already turned to hybrid services.”

That translates to rapid asset growth for firms who bought in early to the hybrid strategy. Personal Capital announced in March that its assets under management surpassed $4 billion, doubling what it had just one year earlier.

“Even for the tech business, this is hyper-growth. And for financial services, it’s unheard of,” Personal Capital CEO Bill Harris said in a statement. “Why are we growing so fast? Because affluent American households want to manage their money digitally — like they manage so much of their lives — and we’re the best way to do it.”

In less than a year, FinLife Partners has attracted $3 billion, shattering United Capital’s internal goal of $1 billion. The firm expects to add an additional $10 billion to $15 billion in assets under contract by the end of 2017.

“This offering can be valuable in helping advisors become more future-ready because it marries goals-based planning with technology,” said David Canter, the head of the RIA segment at Fidelity Clearing & Custody Solutions, pointing out how even large firms like Seaward Management took advantage of United Capital’s tools instead of building their own.

As the largest firms in the industry start to roll out their own digital wealth management products, they too are betting on the hybrid model. Both Bank of America’s Merrill Edge Guided Investing and Wells Fargo’s planned Intuitive Investor include human advisors along with automated investing.

After becoming the first custodian with a direct-to-consumer, fully digital robo advisor, Charles Schwab introduced a hybrid service called Intelligent Advisory. Even Betterment, once an antagonist to the rest of the industry before introducing a white-labeled version of its product for advisors, pivoted in January by creating a new call center of real-life Certified Financial Planners to provide its customers with advice.

Then, of course, there is Vanguard’s Personal Advisor Services, which has combined digital wealth management with human advisors since its inception to grow into a $51 billion behemoth.

There is clearly a consumer demand for these hybrid products, and not just because of the low cost. Respondents to Accenture’s survey indicated they would more likely be satisfied with a hybrid’s ability to provide easy money management, digital tools, explanation of fees and customized service than either a dedicated financial advisor or a fully digital solution. Investors using hybrid financial services also proactively sought out and received financial planning more often than other clients, and were more likely to discuss their family needs with an advisor.

Another reason might be lingering consumer distrust of the traditional financial industry on the one hand and a suspicion of a technology startup’s ability to manage money on the other. Accenture reported that 72 percent of the wealthiest investors they surveyed (those with a net worth of at least $10 million) said human advisors don’t provide sufficient value. Half of investors with at least $1.5 million said the same and 38 percent of all investors said they would never take the advice of a financial advisor without first consulting another source.

Likewise, half of investors said they received good advice from their robo advisor and trust it completely, while the other half said they would never take the advice of a robo advisor without consulting another source.

This affinity for the hybrid model is reflected in Personal Capital’s growth. Harris said the average amount clients invest has grown by 20 percent over the past year to $340,000. “The more our clients experience our service, the more they like it,” said Harris. “They’re investing more money, referring more friends, and staying with us at historically high retention rates — well over 95 percent annually.”

There’s also a business case to be made for traditional firms to be more digital. According to United Capital, the first two firms to use FinLife Partners added $1 million in expected top-line revenue growth in four months.

There are still firms out there that haven’t recognized the truce. Scores of advisors remain reluctant to embrace technology and Wealthfront has doubled down on its position that advisors are outdated. Will these firms be forced into coming to terms with each other, or will consumers — and their wallets — just leave them behind?