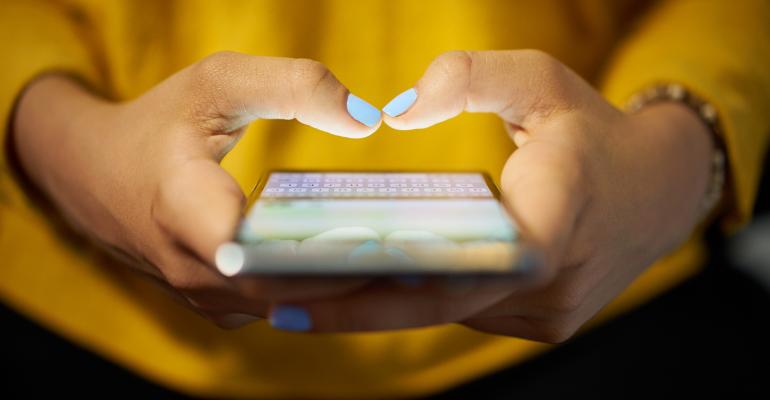 Whether they prohibit or allow texting for business, too many advisors are vulnerable to regulatory scrutiny.

Financial services firms do a pretty good job at archiving and supervising email communications, and they’ve improved in areas of digital communication like social media, corporate instant messaging and websites.

However, the industry still has a glaring weakness when it comes to mobile communication, especially with SMS and text messaging. According to a survey by Smarsh of 119 people with compliance responsibilities at financial services firms (primarily RIAs and broker/dealers), only half of firms that allow advisors to use text messaging have an archiving or supervision solution in place. A third don’t even have a written policy. At the same time, examinations are on the rise. FINRA reported 99 books and records cases in 2016, resulting in $22.5 million in fines — a 43 percent increase in fees from 2015. 47 percent of those surveyed by Smarsh said they were examined the last year, and 21 percent of those who were examiners asked for mobile device communications.

Smarsh’s director of product marketing, Mike Pagani, says this is only going to increase as regulators have increased access to tools that mine digital communication data. Examiners can now sift through massive amounts of data instead of just picking a sampling and looking for one-off infractions.

“Things are rarely one-offs anymore. It’s more like 43-offs because it’s not sequential. The data comes in blocks,” Pagani said.

To be fair, most (68 percent) firms aren’t allowing their employees to use text messaging for business, but Smarsh’s data shows that banning texting doesn't work. Just one-third of respondents saying they’re confident in their prohibitions policies actually work. SMS and text messaging is also the most in-demand communication channel among employees for 2017, meaning people are going to use it anyway. One firm in Georgia was fined $1.5 million after its employees violated a prohibition policy and the firm failed to retain nearly 1.5 million texts sent.

“This year’s survey reinforces that policies of prohibition are a barrier to growing business and workforce productivity,” Smarsh CEO Stephen Marsh wrote in the survey. “Early 2017 examples of text-related firm penalties all have one thing in common: all prohibited its use for business communication.”

Pagani told WealthManagement.com that one of the problems is a gap in understanding of both the communications used. One example is that although 92 percent of firms allow Apple devices, iMessage cannot be archived because of Apple’s proprietary encryption.

Pagani said he’s also seeing a new problem thanks to the rise of cloud storage services like Dropbox, Citrix ShareFile and Google Docs to send files instead of email attachments.

“The only thing you are archiving is the URL, you aren’t actually archiving the document,” because it’s not physically attached, Pagani said. “That document can change throughout the day as people make amendments to it … You only get the final version; you’re going to miss all the interim versions and there could have been a lot of non-compliant information along the way.”

As for the regulators, they aren’t just looking for content anymore. Pagani said they are using data to look for anomalies in timing, the parties involved in a conversation and what form of communication is being used. So if an advisor starts a conversation with a new person, using a tool they aren’t normally active on, and it’s all happening at three in the morning, flags will be raised regardless of what’s being said.

“Regulators are discovering communications technology on their own,” Pagani said. “The tools are there to mine the heck out of this stuff.”