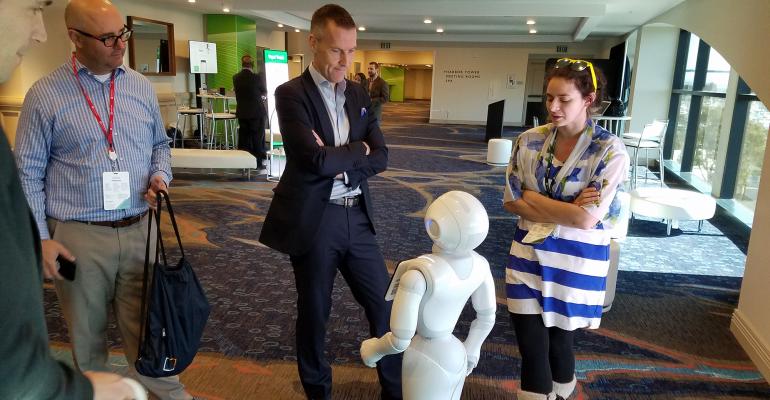 President Trump's focus on the development of AI could foster an accelerated rate of innovation in wealth management technology.

While President Donald Trump’s executive order on artificial intelligence makes no mention of financial services, technologies within the boundaries of AI, including natural language processing and pattern recognition, are all fintech growth zones. The mandates of the executive order include evaluating federal agencies’ contributions to the ethical, technical and regulatory framework around the new technology. The order does not seek new funding sources, instead directing agencies to prioritize AI as they see fit.

Although light on details, the “American AI Initiative” breaks out focus areas that include research and development of AI, the setting up of governance standards and training workers in how to use AI. Many financial services companies, however, haven’t waited for a green light from the government to begin working on AI technology.

UBS started with around 50 of what it refers to as robotic automations in 2016; the firm now has around 1,000 such automation deployments. These automations are a step toward intelligent computing, although they're not as sophisticated as a program or application. Around 70 percent of the UBS bots are deployed in its operations division, according to the firm. The company has trained 350 employees to design, build and maintain the bots—all of which receive an identifier similar to an employee ID—and another 2,000 employees have passed through a robotics familiarization module. In fact, the firm views moving an outsourced task to an in-house bot as a form of “onshoring” its operations.

Not all of the automations directly touch wealth management; the bank has focused on making certain processes, like onboarding, more efficient, said Chris Gelvin, head of group operations at the firm. More-accurate information via automation on the banking side also trickles into platforms like SigFig, a beneficiary of UBS investment capital, making outside wealthtech tools more effective.

Robotic process automation revenues in banking will reach $1.2 billion by 2023, up from revenues around $200 million last year, according to Juniper Research. On the client-facing side, researchers found that growth in popularity among chatbots didn't correspond to growth in their intelligence, with "different language variations and where more than one idiom is proving a major limitation."

Dedicated wealth management tech providers like Redtail Technology are also embarking on forays into machine intelligence. The firm is currently focused on natural language processing to identify and build out actionable data points in client-advisor correspondence. Instead of using an existing language library, like UBS has done by contracting with Microsoft Azure, Redtail decided to build its own industry-specific library from a combination of open-source technology and its own datasets.

Training and trialing machine intelligence is a daunting challenge. “By 2020, 85 percent of CIOs will be piloting AI programs," said Chirag Dekate, research director at Gartner. Meanwhile, the natural language generation market is expected to grow from $322 million in 2018 to $825 million by 2023, according to research firm MarketsandMarkets.

Redtail’s CEO, Brian McLaughlin, appreciates the attention the order provides to advanced technology. “The federal government’s strategy will be to ‘drive technological breakthroughs in AI’ across the public and private spheres,” he said. “Because the financial services industry is such a data-driven industry, we are always interested in and excited about initiatives that bolster AI R&D and promote greater understanding of AI.”

The order "strengthens the outlook for the acceleration of AI usage and adoption across all areas," he added, noting his firm would be monitoring any developments that could arise from the order.

This isn’t the first time artificial intelligence has been bolstered on a national level. As recently as 2016, the Obama administration released a more-detailed report on artificial intelligence, which included finance-specific references to trading. The report noted the short-term impact of automation would be increased productivity and wealth creation.