Envestnet is undergoing internal restructuring and bringing in new, outside leadership as the firm tries to better align product and engineering objectives and establish a more efficient workflow in its platform development. The face of this change is Robert Coppola, who was appointed as chief technology officer. Coppola, the former chief information officer at Cision, is replacing Scott Grinis, who is retiring next year after 20 years at Envestnet.

Grinis will remain at the firm through mid-2021 as part of the transition and will be working alongside Coppola, who started in his new role earlier this month.

As Coppola conducts a one- to two-month-long listening and learning tour of Envestnet, familiarizing himself with the teams and strategies in place, he will be working closely with Brandon Rembe, who was recently promoted from SVP of products for Envestnet to chief product officer. Together, Rembe and Coppola will be working to ensure Envestnet’s products and strategy are aligned and that the software development lifecycle is efficient and can be scaled, said Coppola. 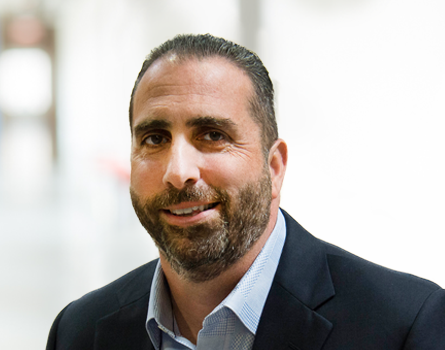 In fact, Coppola’s experience with personnel is one of the major reasons for hiring from outside of the organization, instead of within. "Bob has an impressive track record of developing and managing technologies and large engineering teams, which makes it possible for cloud-based organizations to grow at scale,” said Stuart DePina, president of Envestnet, in a statement. "His experience will drive the ongoing evolution of our leading fintech platform.” In his new role, Coppola will be reporting to DePina.

The new CTO plans to shake up old ways of thinking within his team, channeling lessons learned from previous experiences with technology. “Sometimes when I hear, ‘We tried that, but it didn’t succeed.’ I have to provide the feedback that the technology or the message has changed dramatically, since you tried it,” he said. “I’ve dealt with that everywhere I’ve ever gone.”

“The reality is, technology changes so fast that just because you tried something five or ten years ago, and it didn’t seem to pan out, doesn’t mean it would have the same limitations today,” he explained. Prior to working at Cision, Coppola worked at Thomson Financial and spent over a decade at Bloomberg.

Envestnet has two major leadership tracks, what Coppola called “management and guru tracks.” By hiring Coppola as the new face of management (from the outside) and promoting Rembe (from within), Envestnet’s executives are living out lessons learned as the business has grown.

Earlier this month, Envestnet CEO and co-founder Bill Crager cited competitor Plaid as a success because the firm approached account aggregation “with a developer’s mindset.” It was a mindset that Envestnet mimicked and found to be beneficial as well.

The change was so pronounced that in a call with analysts, Crager vowed to recreate the “developer’s mindset” success across Envestnet by taking tools that were “onerous to engage,” like Yodlee, and making them easier to use.

Coppola described the transformation as moving from a “product-aligned engineering model to a platform/capability/functionality-aligned model.” It begins with mindset and management, he said.

Making strategic changes across a company that’s purchased and built a collection of tools and features—and forming those components into a cohesive, holistic platform—takes careful management of personnel and a shift in thinking. That’s where Coppola and his new approach come in.

“It’s going to take some effort to get the efficiencies,” he said, and a bit of time to really see the embodiment of the new strategy.

For now, advisors and analysts will wait to see what happens at Envestnet. But if Coppola and Rembe are successful, new and intuitive technology should be coming sooner rather than later.