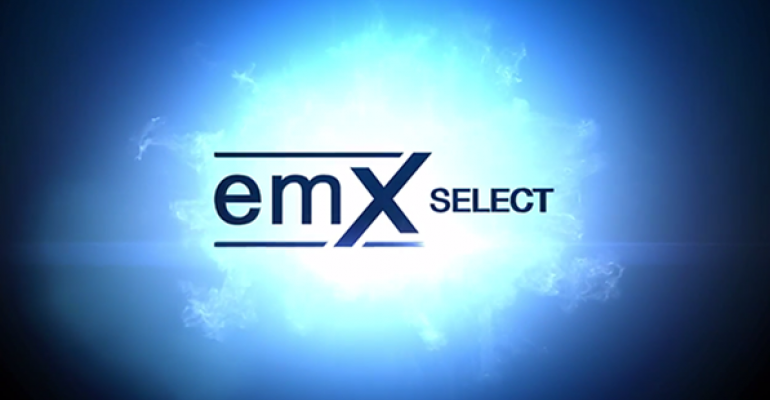 Early on in 2015, one of the standout trends in financial technology is the release of new platforms that allow advisors to access all of the services they use from a single dashboard. TD Ameritrade launched Veo One in January at the National LINC conference, and on Friday at the 2015 T3 Conference in Dallas, eMoney Advisor, recently acquired by Fidelity for $250 million, gave advisors the first look at its new emX Select platform.

Edmond Walters, the founder and CEO of eMoney, said the new platform won’t just help advisors compete with direct-to-consumer digital advice platforms – the so-called “robo-advisors” – but it will “kick the crap out” of them.

“[Advisors] don’t have the budgets to spend on all the technologies that they want but yet they need them,” Walters told WealthManagement.com following his keynote presentation at T3, which featured an explosion-packed introduction video. “With the compression of payouts and competition for clients and the success of robos, you have to provide efficiencies.

Like Veo One, emX integrates with companies like Morningstar, Orion and Redtail CRM to allow advisors to access their services from one screen and with just one login. There are also planning tools, mobile optimization, automated reports, a client-facing page and a host of other services baked in.

From early looks, the appearance and performance of both platforms seem comparable, but emX looks to pack even more firepower than its competition from TD. Veo One will initially support five apps with seven more on the way, while emX promises to support eight apps at launch and 28 by September.

Walters said that resources from Fidelity, which announced plans on Monday to acquire eMoney, would help fund the expansion of the platform.

“We had to [sell] because this stuff costs tons of money,” Walters said during his presentation, noting that Fidelity spends about $2.5 billion on technology while his company’s budget was just $20 million. He said that this money will help attract more talented engineers and that Fidelity can help with security as eMoney grows.

“My responsibility is to make sure [your data] is safe, and we’re like Fort Knox when it comes to that.”

Walters didn’t want to directly compare his product to TD’s, but said that the competition will force everyone to step their game up, which will benefit advisors and their clients at the end of the day.

“I think the days of the product salesman are done,” Walters said. “If you run a business, you’re fine; if you run a practice you’re done… Your relationship with your clients is a long-term engagement. We’re going to get back to being relationship people again.”

Going forward, Walters said eMoney wants to look at the future of how people relate and engage with information. His company is now working with the Microsoft’s Xbox team, IBM’s Watson team and Disney’s gaming team to add new features to emX.

EmX will officially launch May 1, and eMoney will host a three-day meeting in San Diego with all 28 of its partner companies to help advisors get their dashboard up and running. While the focus will be on independent advisors at first, Walters said that eMoney would soon announce four different enterprise firms with 3,000 advisors each that will be using emX.

As far as pricing, eMoney is still nailing down the specifics, but will offer tiered pricing based on client needs. The basic platform, which includes all of the data aggregation services, will be in the $1,500 - $2,000 range, and each additional service will cost more.