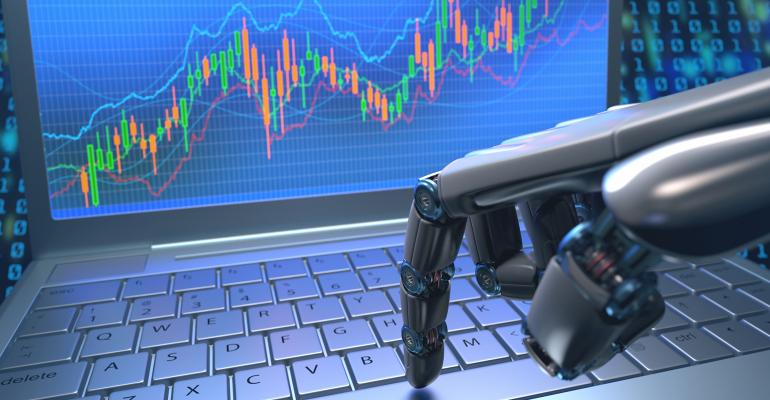 Could A Robo Advisor Know A Client As Well As A Human?

At a fintech event hosted by SIFMA, Betterment's general counsel challenged some of the industry's assumptions about technology.

Advisors no longer see robo advisors as a threat and the growing consensus is that the hybrid model, where human advisors let automation handle small accounts and routine back office tasks so they can focus on client engagement, will “win” over the direct-to-consumer products.

Ignoring for now that B2C robos target a fundamentally different market of consumers than traditional wealth managers, the assumption is that a purely technological offering could never have the empathy, the personal connection or the knowledge of a human to form a really meaningful relationship. Advisors point toward companies like Betterment white labeling their product and establishing teams of human advisors as evidence that algorithms just aren't up to the task.

But at a fintech event hosted by SIFMA this week in New York City, Betterment General Counsel Benjamin Alden challenged some of these assumptions.

“I do think there’s a general consensus that in our lifetime, there will be self-driving cars. What’s crazy to me is we can’t see a future that will [have] self-driving plans,” Alden said during a panel discussion about robo advisors on Tuesday. “If we can do it for cars, how can we not do that for our financial life, which is infinitely easier.”

For starters, advisors like to say that a robo, which relies on a risk tolerance questionnaire to determine an investment strategy, could never understand the unique needs of a client. But most advisors rely on a risk questionnaire as well, Alden said, and a lot of them aren't very good. Betterment also has direct access to a client’s outside accounts and can use its algorithms to track things like debt, spending habits or major life events better than a human can.

Besides, its not like many advisors sill sit down with a pen and paper to create a model portfolio, manually execute trades, rebalance with a calculator, then draft quarterly reports.

“Advisors are using technology themselves. What we’re doing as robo advisors is just making that technology available directly to consumers without the intermediary,” Alden said. He added that in 10 years, people will look at the term “robo advisor” the same way people today think about the terms “PDA” or “smartphone” to describe what are now just everyday phones.

He acknowledged that right now, digital advisors are still limited to relatively basic financial services like retirement planning and passive investing. But advancements in machine learning and artificial intelligence really just mean it’s a matter of time before the more advanced jobs of a financial advisor can be automated as well.

Traci Mabrey, the vice president of Broadridge Financial Solutions, added that another major shift driving this change is in consumer behavior. As early adopters of robo advice start needing more advance planning and help with complex financial decisions, they are going to demand digital access to it. Advisors who offer a robo solution now will have an easier time retaining these clients.

The panel, which also included Victor Gaxiola, Hearsay Systems head of costumer advocacy, and Matthew Ciesinski, Vanguard’s head of Personal Advisor Services, agreed that while this technology is certainly transformative, it isn’t a death knell for advisors. Or to use Gaxiola’s term, a “robopacalypse.”

Mabrey noted that while technology will continue to get more advanced, so will the complexities of investing. Gaxiola pointed out thanks to the internet, there’s no reason an investor can’t make his or her own portfolio decisions, yet people still come to financial advisors. He and Ciesinski both drew comparisons TurboTax, ATMs and travel websites like Kayak of evidence where technology can fundamentally change an industry but not kill it.

“[Wealth management] is a high touch, very sensitive personal relationship that will require that human interaction,” for at least another 30 years, Gaxiola said.