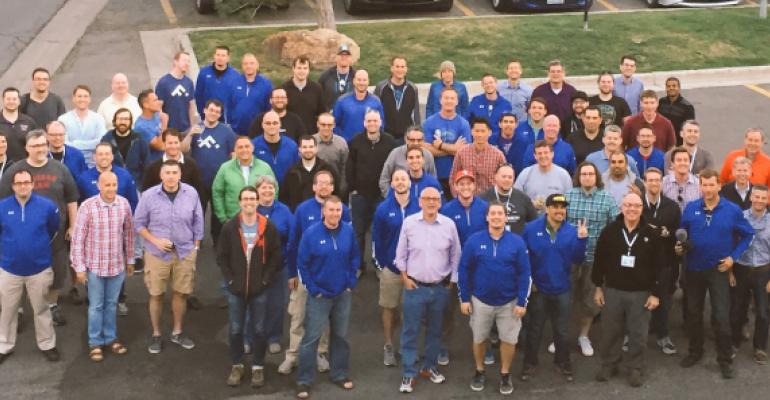 Coders Gather at FuseUtah to Develop Future of Advisor Technology

There is fintech, and then there is financial advisor tech.

The distinction is not lost on Orion Advisor Services, as they concluded their third annual FuseUtah “hack-a-thon” in Park City, which this year brought together 30 technology companies and about 90 attendees, the majority of whom were advisory industry computer coders and programmers.

The theme of the event was “notifications,” which was based on feedback they and other participating firms have received from financial advisors themselves—they want a better flow of communications from their technology providers to their phones and inboxes, and they would like their various technologies to also communicate with each other more effectively.

RIA in a Box took home Best in Show for the second consecutive year for developing a utility that checked every box: useful for advisory firms if it were deployed right now, well-thought-through design, and relevant to the event theme of notifications.

Unlike other industry conferences (in fact, the very word “conference” is taboo at Fuse), this gathering brings together the very architects of the technology independent advisors use to help their clients every day. It takes place at a large private home—so massive in fact that it might be confused as a ski lodge. Most of the coders reside here for the three-day duration. Every available workspace is covered in laptops, lines of code streaming on the screens. One gets the sense that you are getting a sneak peek at the inner workings, the plumbing, that underpins the entire technology infrastructure of the independent advisory industry.

Advisors are the primary customer base for most of the companies that attend Fuse and they, along with their clients, are the beneficiaries of the developments and innovations that have emerged from the event over the last couple of years. But Orion and the participating judges are keenly aware of the need to stay focused—everything developed here must be of tangible value to advisors as they serve their clients in a fiduciary capacity.

“This is about keeping the advisor in mind,” said Billy Oliverio, the vice president of United Planners. “Year after year, this has been increasing in emphasis and focus. At the end of the day, all of these innovations to integrate are to serve the advisor, to empower the advisor to be the best they can be.”

The advisor judges were encouraged to engage with the developers in real time in an effort to further amplify the objective of keeping the advisor’s perspective top of mind.

“What we have here is web engineers reverse-engineering for the advisor! That’s never happened before,” Powell said. “This level of accessibility to the people who write the programs, who think this stuff up, is fantastic—and now developers are saying [to advisors], ‘What do you need, we’ll build it.’”

JD Bruce, who has judged the competition from its inception, echoes Powell’s excitement for advisor access and interaction, but tempers it with caution about maintaining the integrity of the event. For example, Bruce was skeptical about inviting more advisors to attend.

This presents an interesting challenge for an event that grows in size each year, with more companies interested in sending representatives to join in the exercise. As it currently sits, the judges’ review of each “seven-minute” pitch takes north of five hours on the final day. Add even 20-30 advisors, and you run the risk of, as JD Bruce points out, turning the event into a sales spectacle, and adding in variables that cannot be precisely calculated in terms of how they will affect the overall mojo. And the general consensus among Orion leadership and the judges is that this mojo must be preserved at all costs.

And while independent advisors can take comfort in knowing that the unsung heroes of the industry, the dev guys who toil out of the spotlight, are hard at work laboring over the next useful advisor-client technology tool, there’s something in it for the wirehouse set as well.

“If you do break away, there is a very strong community of fintech providers that can serve your needs,” Oliverio said. “Change is inevitable, and it’s important to be open-minded; don’t [allow yourself to] be stuck in the same old way you’ve been doing things. [At] this event in particular, [developers] come together to make your life easier.”

Powell encourages due diligence: “Consider all of the technology you might use [as an RIA]—Riskalyze, Junxure, Orion—and get yourself on a plane and schedule a visit at their HQs. Let them help you understand, vet the technology. They want you to visit, want to show you what they are working on.”

Jason Lahita is president and co-founder of FiComm Partners, a PR and marketing firm focused on the independent financial advisory community. Full disclosure, Orion Advisor Services is a FiComm client. None of the advisors quoted in this article are FiComm clients (yet).  Jason did absolutely no coding at Fuse, but he did take a lot of pictures and tweeted a bunch, and managed some media action, as PR guys are wont to do.