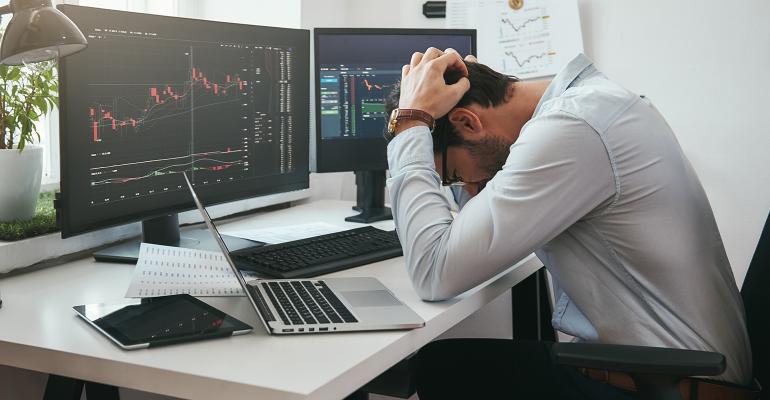 The Board said its new Code reflects the reality of today's advice; it's left many advisors and vendors scratching their heads.

At the end of June, the CFP Board will start enforcing its new Code of Ethics and Standards of Conduct, which includes a technology-focused provision covering “any software, digital advice tool, or other technology while providing Professional Services to a Client.” With inclusion of the provisions, the Board is acknowledging the importance of technology in the advisor's modern practice, but it is also raising as yet unanswered questions about how the provision will be enforced—and whether the provision is so broad that it will have unintended consequences.

Last year, after a The Wall Street Journal report brought to light thousands of instances of undisclosed criminal records, customer complaints, bankruptcies or regulatory problems among Certified Financial Planners, the Board adopted new measures to overhaul the guidelines to which all CFPs must adhere. Included in the new code, listed alongside fiduciary duties and obligations to disclose and manage conflicts of interest, are certain duties all CFPs have when selecting, using and recommending technology (Section A.,14a, b, and c).

But the provision has created a rift among advisors and sparked a variety of reactions from technology vendors used by CFPs. To further muddle the impending enforceability of the provision, the CFP Board is waiting until after June 30 to issue a checklist, which is meant to be used by CFPs in evaluating their technology and help them ascertain whether they are meeting their duties or not.

Does ‘Any’ Really Mean Any?

Language used in the provision, particularly the term “any,” lays out a far-reaching provision for advisors “exercis[ing] reasonable care and judgment.” When asked if "any" technology would include common technology, like word processing software used to take notes or the operating system of a smartphone used to communicate with a client, a CFP Board spokesperson confirmed that the code's duties "apply to all technology used while providing professional services to a client."

The nonspecific language is intentional, according to the Board. It’s a “principles-based” standard suited “to adapt to the changes that will continue to occur in the use of technology,” said a CFP Board spokesperson.

The item’s provisions fall under the “component of the duty of care,” said Leo Rydzewski, general counsel to the Board, and therefore the broad terminology is warranted. “Not every calculation needs to be vetted, of course,” he explained. “For the technology to be an issue, it means there’s either some misapplication of the technology or something amiss within the technology itself.”

But the broad stroke may end up watering down the provision—or overwhelming planners.

“With respect to technology solutions, the CFP Board is so ambiguous in its wording that its purpose seems to be to give lip service to the issue and to shift liability from the CFP Board to the individual members,” said John Robinson, a financial advisor at Honolulu-based Financial Planning Hawaii. Robinson is a financial planner but does not hold the CFP designation and his detailed critiques of the CFP Board were cited in The Journal's scathing feature on lax Board oversight of member CFPs. “The provision is unenforceable and there are no specific guidelines restricting technology use or defining what tools may be unacceptable.”

Other planners worry the provision is asking too much. "It's a lot on our shoulders," said Melissa Joy, a CFP and president of Pearl Planning in Dexter, Mich., near Ann Arbor.

"As CFPs, we are not technology professionals; we are professional service providers," she said. "I’m neither a computer programmer nor a technologist. It’s not my wheelhouse.” To make sure the technology she needs to provide those services is functioning, she relies on a tech consultant and limited guidance from Raymond James, which provides some services to her as an independent advisor.

She would like to see the CFP Board provide templates and documents of standard best practices that it would be looking for to meet the duties. "We'll have to see if there are any surprise interpretations," she said, noting that she's not as confident as she would like to be with enforceability of the provision around the corner. More information on the provision, provided by the Board, would be helpful, she said, calling the breadth of the provision "extraordinary in scope."

"It seems to me that it would be subject to interpretation," she added.

Indeed, the CFP Board acknowledges that the provision’s relevance will vary depending on the situation. “The applicability of the standard to different kinds of technologies will end up being different,” said Rydzewski. “That’s why we have a standard that talks about using reasonable care and judgment.”

As for enforceability, the Board is purposefully trying to avoid being overly “prescriptive,” said Joe Maugeri, managing director of corporate relations for the Board. It’s possible that some vendors may provide certificates or training sessions to ensure CFPs meet standards established by the Board, he said. For now, there is some limited additional guidance commentary on tech duties but no specific checklist.

That’s enough to work from, say other advisors. The provision is neither too broad nor too weak, said Harry Kirkpatrick, lead planner and head of growth at Facet Wealth. Kirkpatrick is a CFP designee. Too many planners are tempted to provide financial plans that are overkill, he said. This should give CFPs pause when considering whether they should be handing clients the longest, most dense plan they can come up with.

“Technology has become more and more of a crutch for an average financial planner,” he said. The provision “will force CFPs across the country to think about what type of software they’re using.”

Sanctions that include permanent bar for a violation of the provision are appropriate, he added. The same fiduciary duty is breached by a fat finger error as by picking the wrong software, he said. “What this eliminates is the excuse of, ‘Oh that’s what my software says.’”

Just as advisors express different reactions to the tech duties laid out by the new code, technology vendors are also of mixed opinion as to how or whether to assess advisor understanding and proficiency in using their tools. Some tech providers mandate that users undergo training in how to use their software before they can deploy it. Others publish whitepapers or methodologies and expect advisors to complete their own due diligence.

Financial planning and risk modeling software HiddenLevers combines monthly webinars and whitepapers to provide advisors with the background they need to understand the inputs and outcomes of the technology provider. Whitepapers are updated as the risk model matures, said founder Raj Udeshi, but overall “our methodology doesn't need updating much.”

Risk metrics provider Riskalyze responded to the new code by making its methodology available to the public through its website. “There are a number of technology solutions that produce highly questionable analysis or outputs for advisors,” said Aaron Klein, CEO of the firm. “We applaud the CFP Board making it an advisor's responsibility to perform due diligence on their technology.”

CFPs will often find themselves in the driver’s seat when it comes to understanding and implementing the technology they use. “Our technology offerings support, rather than supplant, the work of advisors,” said Joe Giannone, a spokesperson for TD Ameritrade Institutional. “It’s still up to advisors to exercise their professional judgment when executing on any suggestions generated by the technology.”

For firms unsure if they’re meeting the tech duties laid out in the new code, TDAI offers educational materials and consulting, added Giannone. Software products like iRebal come with “extensive training,” he said. “It’s important to note that, as a custodian, it is not our role to oversee and ‘ensure’ the compliance of independent advisory firms.”

CFPs in danger of falling short of their duties should work with their vendors, said Hussain Zaidi, a CFP and co-founder of financial planning software developer Advizr, now owned by Orion Advisor Technology. “CFPs are depending on their technology providers to model out what someone’s future plan looks like,” he said. “If the CFP doesn’t understand how their technology works, that’s a problem. They need to get support from their vendors to understand it.”

Just as the new code lays out, the process should extend beyond an understanding of financial planning software, said Zaidi. Across all software systems, CFPs need to understand how client data is stored and what security protocols are in place to protect that data. That is a part of a CFP’s fiduciary duty, he said.

“You’ve got your client’s financial life in their hands. You’ve got their data. Extending it out beyond financial planning doesn’t seem unreasonable to me,” he said. For its part, Orion has a formal process, called an Ascent Training, that all advisors who use its products need to undergo.

But there is a line between a CFP’s responsibility and that of vendors. A vendor is ultimately responsible for providing appropriate support to the advisor, he said, while the advisor carries the duty of proper implementation. A technology vendor is not responsible for reporting to the CFP Board, he noted, nor should it be.

Alongside the variety of vendor approaches to the tech provisions in the new code and the rifts it has exposed in the industry, the CFP Board has stirred some confusion. While enforceability of its tech provisions is around the corner, it is still creating guidance documents, with the possibility that some may not arrive until 2021, if at all.

“It takes time when developing guidance resources for each standard,” said Rydzewski. While the Board is providing “commentary that provides context for the standard and some of the reasoning behind it,” a checklist-style document for use by a CFP when evaluating his or her tech stack is still to come, he said. Board guidance does note that firm approval of an advisor's tech is "a factor" in determining reasonableness.

Continuing Education credits on the topic are available from eMoney Advisor, according to Celeste Hernandez Revelli, director of financial planning at the firm. That program is one of “multiple continuing education technology programs,” said a CFP Board spokesperson. “We anticipate additional firms submitting proposals on this topic.”

Ultimately, however, tech-centric CE credits will depend on advisor demand and vendors and other CE providers’ supply, said Maugeri. “Technology will be mentioned in a revised version of the guidelines,” he added, “but how that will be remains to be seen.”

Despite the changes in the code and its inclusion of technology, the CFP Board also left open the possibility that there might be no more guidance issued on the topic. “The CFP Board is in the process of reviewing the current guidance materials regarding the use of technology for CFP professionals to determine if additional resources are needed,” said a spokesperson, when clarifying statements made by Rydzewski and Maugeri.