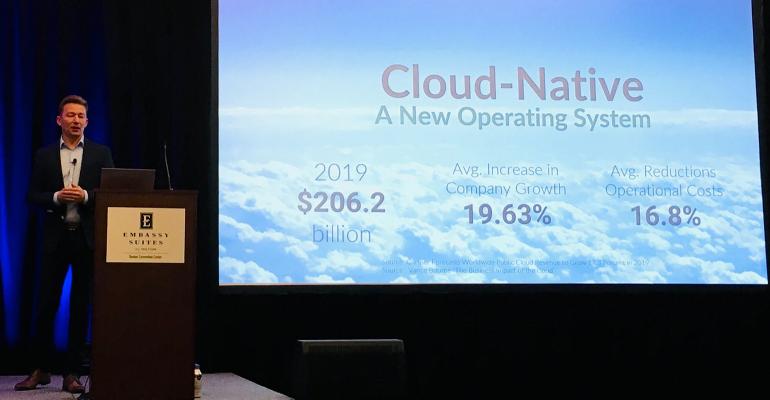 The independent broker/dealer is the first to use both consulting and tech solutions provided by Oleg Tishkevich's fintech upstart, INVENT.

Cambridge Investment Group is announcing that it will be using both the technology and specialty developer consulting services of INVENT, marking the latter's first major partnership of this type with an independent broker/dealer. The firm is using INVENT’s technology to integrate its own ecosystem, which supports 3,500 financial professionals, while turning to the firm’s consulting services, called Elite, “to reimagine and redesign Cambridge’s financial professional experience,” according to an announcement.

While announced on Wednesday, a preexisting partnership has been in place “for a while,” said Oleg Tishkevich, CEO at INVENT. “Cambridge leveraged INVENT integration capabilities and Cloud-Native tech through APIs to automate many processes that have to do with client management and integration with eMoney, which they use as a Client Portal,” he explained.

“The long-term client relationships between Cambridge and Finance Logix certainly played a role there,” he continued. Finance Logix was a financial planning firm led by Tishkevich that was eventually acquired by Envestnet.

That’s not the limit of INVENT’s ties to Cambridge. The fintech firm’s C-suite also includes Ryan Reineke, who serves as chief operating officer. Reineke was Cambridge’s former COO and CTO.

Prior to working with INVENT, Cambridge was using vendor-specific APIs to get its technology to work together, said Nick Graham, CTO at Cambridge. “Where possible we developed our integrations with reuse in mind, attempting to maintain a generalized data model for the purpose of retaining our flexibility when adding a vendor to our ecosystem of solutions.”

Adding INVENT was part of a multiyear strategy to overhaul the firm’s tech. The “integration solution provider” smoothed data exchange between software, he added.

Having completed integration work, INVENT will next help Cambridge completely redesign the latter’s tech suite, called CLIC. Advisors using CLIC should expect to see a “completely new digital experience,” said Graham, without giving a timeline for when that would be complete.

INVENT is also working with Ladenburg Thalmann, which closed its merger with Advisor Group earlier this year.