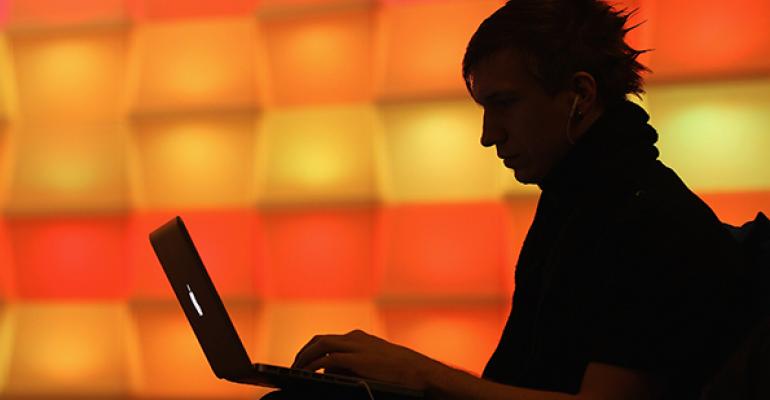 Blockchain's One Big Idea for Wall Street Is People

(Bloomberg) -- The buzz around blockchain's potential to reshape Wall Street is more hype than reality right now -- even its top supporters in the financial world acknowledge that. If there's one problem it can start to solve today, it's people.

Millennials are shunning the financial industry just when they're needed most, to help get costs lower and ideas fresher. In 2014, the number of Harvard MBAs joining banks hit a new low of 5 percent of total graduates. A 2015 survey of the program's top Baker Scholars showed a grand total of one -- one! -- expressing an interest in joining finance. Even those that do take the plunge aren't as loyal as they used to be: Junior bankers' average tenure fell to 1.4 years in 2015, from 2.5 in 1995, according to LinkedIn research for the Wall Street Journal.

With the allure of the technology industry promising greater riches and a happier life, Wall Street responses so far have hinged around improving work-life balance. That's fair enough, considering average pay in finance is still well ahead of tech by some measures. But it's a bit like trying to seduce a Tesla driver with a DeLorean. UBS's investment bank is offering two hours of personal time per week, according to Reuters, while Credit Suisse wants staff to get a decent Friday night out (before, you know, going back to work on Saturday.) That's hardly going to tempt Google or Facebook staffers away from on-site burrito bars or cozy, velour-padded workspaces designed to look like a British pub.

Here's where bank-sponsored blockchains -- Wall-Street-friendly twists on the plumbing behind the Bitcoin crypto-currency -- could help. While the tech itself will take years to bear fruit, all those lab experiments and consortium projects offer an intriguing carrot for coders, tech experts and MBAs along the way.

That means banks will have access to a talent pool they can use to address more immediate issues, like how to use technology and restructure over-the-counter trading businesses without killing off storied franchises. A May white paper by the recruiter Sheffield Haworth recommended asset managers get their young staff to lead a task force to identify disruptive technologies in order to "assimilate, neutralize or counteract" those threats. That's certainly one way to coax a hipster into a suit.

And don't forget the halo effect of possible trophy hires. These are already happening. Anthony Di Iorio, co-founder of Ethereum, a Bitcoin competitor, joined the Toronto Stock Exchange as chief digital officer earlier this year. And Blythe Masters, the JPMorgan veteran turned blockchain evangelist, was reportedly approached by Barclays to run its investment bank -- though she has said she's committed to running Digital Asset Holdings, a startup.

The only real question is whether millennials crossing the bank divide will be any more loyal than the current crop of junior financiers. Skeptics say no. But everyone has to grow up sometime -- perhaps two hours of quiet reflection and the chance to reshape one bank, rather than hundreds, will win out.