/sites/all/themes/penton_subtheme_wealthmanagement/images/logos/footer.png
Recent
Recent
Eight Must Reads for the CRE Industry Today (May 17, 2022)
May 16, 2022
Investors, End-Users Compete for Last-Mile Warehouses as Rents Skyrocket
May 16, 2022
Dyal Said to Be in Talks for Stake in Real Estate Firm DivcoWest
May 16, 2022
'Dark Money' and Tax-Exempt Organizations
May 16, 2022
Featured
The 10 Best and 10 Worst States in Which to Retire in 2021
Jul 15, 2021
Poll: 15 Classic Books on Investing and the Markets
Apr 03, 2020
Fifteen Must-Listen Business Podcasts for Advisors
Aug 14, 2020
Celebrity Estates: Jay Leno and Planning for Classic Car Collections
Feb 22, 2022
Year-End Outlok 2017
brought to you by 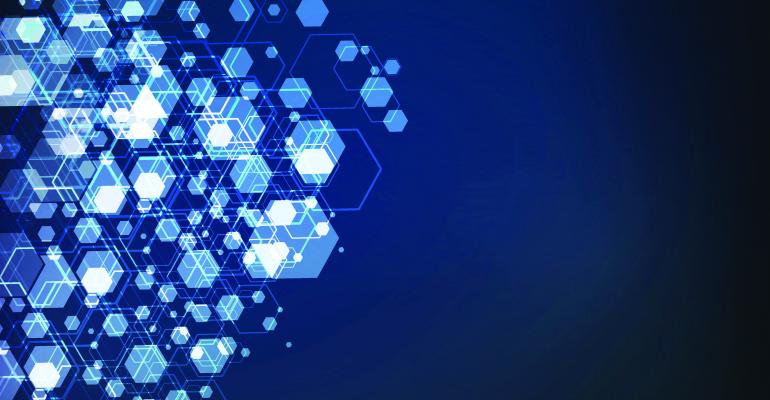 Is Blockchain the Next Financial Disruptor?

The most successful advisors going forward are likely to be those best able to continually adapt to and embrace the changes technology sends their way, such as the blockchain ledger.

Advances in technology continue to transform the advisory profession in ways that were inconceivable just a few years ago. The most successful advisors going forward are likely to be those best able to continually adapt to and embrace the changes technology sends their way, such as the blockchain ledger.

A blockchain is an open-source, digitally-distributed ledger that is used to record transactions in “blocks” which contain a timestamp and transaction data. One way to think about it is like a spreadsheet that exists simultaneously on thousands of computers and is updated with new data every ten minutes. Once the data is recorded, that block cannot be altered retroactively without altering all the other blocks in the chain, virtually eliminating the possibility of accounting irregularities.

The technology underlying blockchains was originally created to keep track of Bitcoin, by allowing anyone in the Bitcoin network to view any and all verified transactions. Since this open source record doesn’t reside on a single server, nor can it be controlled by a single individual, it is virtually impossible (at least so far) to alter transaction information after the fact. This is especially important for something like a cryptocurrency which only exists in a digital format since virtual currency transactions are permanent.

At this point about the only advisors using blockchains are those who have clients currently dabbling in Bitcoin or other cryptocurrencies, but that could change dramatically in the next few years. A recent white paper put together by KPMG advises asset managers “to start developing a clear and strategic roadmap that will allow [them] to respond to, and capitalize on, the shift towards” blockchain technologies and to make it a priority to learn more about blockchain and other distributed ledger technologies (DLT).

KPMG goes on to predict that blockchains and DLT will be ubiquitous in the asset management space within the next 5 years, noting “We expect to see many players (particularly in the mid- to large-sized funds) start to shift processes and transactions towards blockchain and DLT platforms over the coming year, thereby creating the scale to drive ubiquity.” The firm believes that adopting the blockchain will help asset managers reduce overall expenses in the highly competitive mutual fund industry.

Although still in its infancy, blockchain technology has potential applications that will transform the asset management industry in trading, settlement, accounting, collateralization, asset servicing and compliance. It also has numerous other industry applications such as auditing commodity supply chains and for maintaining control of intellectual property.
Blockchains may not have an impact on your business today, but it’s coming. Advisors, as you make your business resolutions for 2018, it might be wise to make learning about blockchain, and how it will affect your clients, one of your goals.