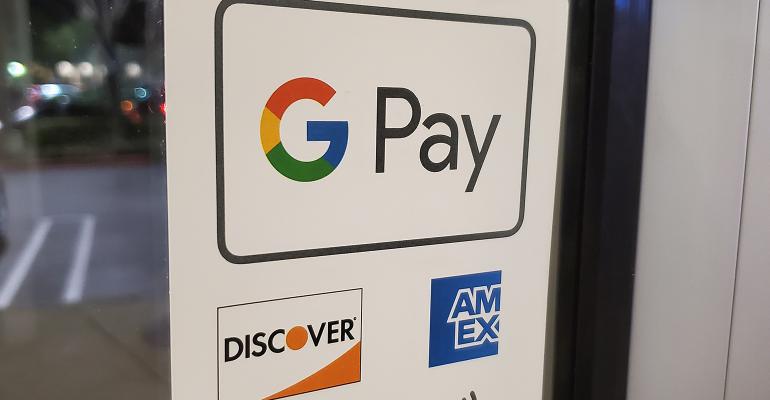 Big Tech Is at Banking's Door; WealthTech Isn't Far Behind

While Google may not swallow financial services in one gulp, Big Tech's appetite remains.

Google’s “super-app” Pay is about much more than just payments, writes Lex Sokolin, chief editor of The Fintech Blueprint. Google’s move closer to wealth management and banking is an extension of the messaging (via email) and categorization (via search) the company has been engaged in for years.

Google Pay deals with “money in motion,” thereby competing with firms like Square and PayPal, writes Sokolin, but advisors will want to keep a close eye on Google’s effects on “money at rest” and trading and investing.

The wealth management companies most immediately threatened by Google’s entrance are financial apps like Acorns and Wealthfront, which avoid “over-engagement” with customers, he said. These “digital realm” companies, already engaged in “essentially zero-sum economic trench warfare” with financial services incumbents like Charles Schwab and Morgan Stanley, are now getting squeezed by Google, with its “better data modeling, infrastructure and dopamine addiction.”

While Wealthfront and Acorns may be headed for a slog, data and account aggregators Envestnet | Yodlee, Plaid and Mastercard’s Finicity will be even worse off, he predicts. Whether in wealth management or transactional data, those firms categorize and aggregate data, selling insights gleaned. But now Google will be entering the fray, in a big way, observes Sokolin.

“When it comes to categorizing messy unstructured data better than anyone else in the world, Google holds the ground by a mile,” he said. “Apply this power to your financial data. Do you think Mastercard or Goldman Sachs or SoFi can do better?”

If Google doesn’t fail (it could, given regulatory risks and Google’s own track record), professionals from financial planners to Goldman Sachs executives will see “the collapse of the middle market,” leaving opportunities for product manufacturers and institutional businesses.

“All the contemplated features of expense management, automated savings, interest maximization and retirement funds sit neatly inside of this new upgrade,” said Sokolin.