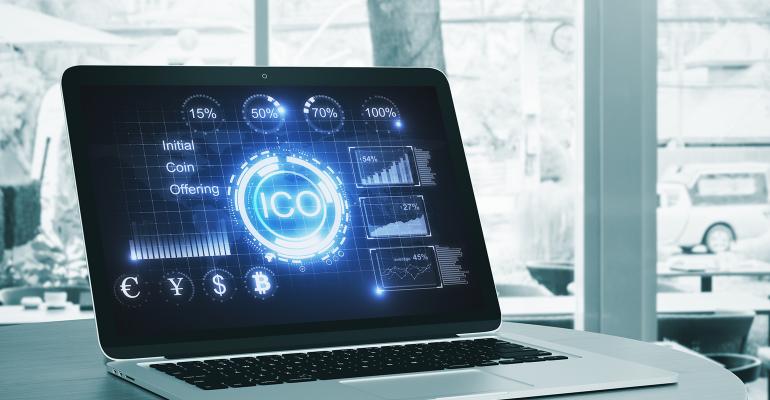 Beware These Key Indicators of a Fraudulent ICO

Such offerings are not subject to existing regulations.

An Initial Coin Offering is a method of raising capital for a blockchain or cyptocurrency business in exchange for a digital coin or token which ordinarily has no correlation to ownership of the business. Because this capital-raising method is not caught under the definition of securities in most jurisdictions, they’re not subject to existing regulations and laws. Accordingly, the rise in ICOs has also attracted a rise in fraudulent activities in this space.

Due to the lack of regulation of ICOs by financial authorities and governments around the world, investors should be wary of ICOs that purport to be legitimate but are ultimately a fraud. Investors should apply the same principles employed when deciding whether to invest in traditional investment opportunities. This article sets out key questions investors should consider to determine whether an ICO is legitimate or potentially fraudulent.

What About the White Paper?

The first indicator of a fraudulent ICO can be found in the content of its white paper. A legitimate ICO will clearly explain the underlying project and business strategy so that it’s understandable to the laymen but sufficient in depth for the technically savvy investor to appreciate. It should also set out historical milestones and short- and long-term objectives. If a white paper presents any less than this, it’s an early indicator that the ICO and the venture may be fraudulent.

Investors should also be mindful that fraudulent ICOs seek the appearance of legitimacy by falsifying or even plagirising their white paper, so a prudent investor should conduct searches to determine whether the content of the white paper, or any part of it, has been copied.

Do I Understand the Underlying Project?

Is There a Credible Web Presence?

Investors should also assess the web presence of the ICO and its promoters. The less information available on the ICO website or internet generally, the more an investor should be concerned that the ICO could be fraudulent. On the other side of the coin (no pun intended), ICO promoters are also aware that even the most amateur investor looks to tick certain boxes before committing their funds to an ICO. With this in mind a fraudulent ICO may present a talented team of developers and advisors, using fictitious yet extremely embellished biographies along with stolen or stock images of real people. In the Benebit ICO scam, where between $2.7 to $4 million was stolen, photos of the team originated from Tower House School, a U.K. school for boys, and false passport details were used. It’s critical to research each member of the team. A starting point would be to evaluate their experience and history: consider reviewing their LinkedIn profiles and previous employment and educational institutions; use reverse image searches to determine if fraudulent pictures are being used; contact the team to ask the serious questions; and review social media and blockchain community forums to obtain knowledge of their following and the current talk about the ICO, if any.

For the more technically astute investors, another method of online verification is checking the code repository. Code repositories allow programmers to assess an ICO’s development process and determine whether the underlying technology supporting the blockchain solution is valid and functional. If the ICO doesn’t provide a means to assess their code repository or upon assessing it, it’s found to be empty, this is another indicator that the ICO may be fraudulent.

What About the Money?

It’s usual for ICOs to engage in pre-mining before launching the actual ICO. Pre-mining is the practice of offering tokens to a small group of individuals, such as the founders, initial investors and developers, before the sale is made available to the public. If the pre-sale of the coins reserves a significant amount of the coins for the team, this is an indication that the objective of the ICO may be to garnish the pockets of the team members rather than financing the actual project.

Another important consideration is where the invested funds will be kept until the coins have been issued. Between an investor’s payment and the actual coin issuance, a trusted escrow company should be used to safeguard against a promoter disappearing with the funds.

Is It Too Good To Be True?

If the ICO is guaranteeing or promising an exorbitant return on investment, it should be considered with the utmost skepticism. In the PlexCoin ICO scam, an “astronomically high return” (1,354 percent) was advertised and was one of the red flags that ultimately brought down the scheme, after the U.S. Securities and Exchange Commission determined that the issuer was unable to deliver on this promise. As with any investment, if it sounds to good to be true, it probably is.

As fraudulent ICOs have become increasingly common, so too have the efforts to regulate this space to minimize their success. Governments are creating protectionist legislation in respect of ICOs; the private sector is developing products aimed at weeding out these fraudulent ICOs, in the form of artificial intelligence products and blockchain solutions; and tech giants such as Google, Facebook and Snapchat have confirmed that they intend to completely ban all ICO and crypto ads. Nevertheless, the evolution of the blockchain ecosystem is fast paced; regulatory efforts can be retroactive at best, if not approached in a collaborative manner. Investor due diligence is therefore critical and should be carried out with equal or even greater depth as when carried out for traditional investments.

Steven Rees Davies is a partner in the corporate department at Appleby law firm.