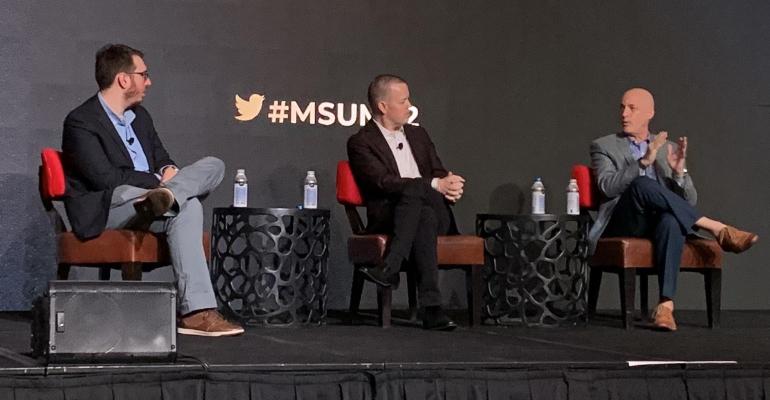 Automation vs. Human Advice: Which Will Win Out?

One technology exec argues that the human elements of financial advice will never be digitized; another says most of the job will eventually be fully automated.

UBS’ announcement earlier this year of its plans to acquire robo advisor platform Wealthfront and then the subsequent fallout of that deal in September have led to a debate in the wealth management industry about the value of automation and the human advisor.

Speaking at the MarketCounsel Summit held this week in Las Vegas, Riskalyze CEO Aaron Klein said he saw the announcement of that deal as a signal of the end of the pure robo advisor business model, and a recognition that the tech platform could be used as a channel into UBS’ human financial advisors.

“To me, digital adoption of increasingly complicated services is one way up and to the right,” Bullard argued. “It’s not hard for me to envision a future in which virtually all of the mechanics of what we do as a profession can be digitally enabled.”

It’s not imminent, but in the long run, a lot of what advisors do will become increasingly digitized, he said.

“The amount of data we have to work with, the amount of sophistication that we can create algorithmically to create bespoke solutions for individual investors based on that information improves every day,” he said.

Klein said he has a hard time envisioning the absence of the human component of advice. He admitted that a lot of the noncreative work an advisor does is going to get more digitized over time.

“But a big chunk of the work of a financial advisor is behavioral coaching, having empathy to help people get through decisions, helping people think through and process through life change and complex tax situations,” he said. “Tech is not going to be there to replace that for a long time. I’ve never seen technology be able to genuinely calm somebody down when they’re in fight or flight mode, in panic, and they want to make a bad decision. Human beings are remarkably good at helping other human beings do that.”

It’s not that the robo advisor technology doesn’t have value, Klein said. Rather, the wrong bet was that the technology would have 30 years of value.

He added that Wealthfront’s fatal flaw was they were using the technology to build a differentiated product and trying to build distribution organically.

Instead of focusing on product, financial advisors should be working on differentiating distribution and how they drive distribution; that’s the strategic strength they have.

“The beauty of the financial advice businesses that are being built in this room is you have a distribution advantage unlike nobody else, and when you own the client, that’s a massive growth driver for a business,” he said.

But Bullard argued that where the robo advisor model has proved itself is taking large brands with large brokerage, nondiscretionary client bases and upselling them into a digital advice offering. Look at Schwab, Fidelity and Vanguard as examples. For them, it’s more of a customer expansion strategy—making it cost-effective to serve clients with low-complexity lives, those with between $75,000 and $100,000 in investable assets.

What parts of an advisor’s workflow can be effectively automated? Bullard points to portfolio administration and operations, as well as the client portal. In the last year and a half, for instance, he’s seen a lot of large institutions put out requests for proposals (RFPs) with intentions of rebuilding their client portals.

“I think less about automating the advisor out of the equation, and more about using automation to dramatically reduce the amount of time the advisor is spending to then engage in that value,” Klein said.

Automation is great, but Klein said there’s a big chunk of Riskalyze’s customers that are still hand-typing trades into custodial platforms. It can be used to make things more accurate and efficient. But again, the human aspect will always be there.

“We’re a long way from AI being able to spit out long-form paragraphs of text based on other things it’s learning across the Internet, to truly being able to understand human emotion and calm people down when they’re at a point of panic.”