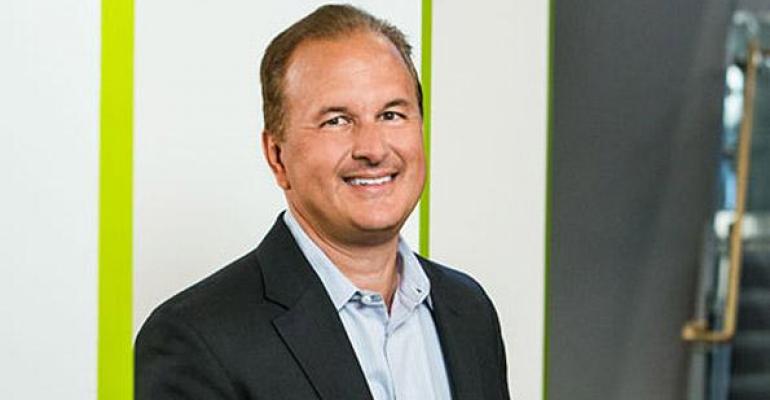 (Bloomberg) -- Most people go to the doctor for medical advice. Why can’t we all get a checkup for our financial health, too?

The short answer is it’s expensive, since there’s no health insurer to cover the prognosis of your nest egg. For average Americans, hiring a financial adviser doesn’t make sense because the cost of the advice can easily exceed any benefit seen in your bottom line. That’s why top advisers cater to the rich, whereby a small percentage fee goes a long way. Middle-class clients pay a bigger chunk of their assets, a fact often hidden in confusing fine print.

Is there a better way? One possible solution is the so-called robo-adviser: Startups and established firms are experimenting with technology to dole out advice. But most platforms offer only simple guidance, focused on investing rather than more complicated questions like budgeting and retirement income.

Another idea is to get people wide-ranging, soup-to-nuts financial advice the same way they get health insurance–through their employers.

Financial Engines, a company based in Sunnyvale, Calif., is about to announce such a service. It’s designed to deliver personal financial planning, mostly through the offices, factories, and retailers at which people spend most of their day. Co-founded in 1996 by Nobel Prize-winning economist William Sharpe, Financial Engines is leveraging a unique business model: About 700 companies, employing a total of 10 million workers, already pay the firm to help their workers manage 401(k)s. It offers basic education and online tools that sync up with each company’s plans. Employees can even pay extra to sign up for so-called “managed accounts,” which are 401(k) investment portfolios tailored by Financial Engines to their specific needs.

But now the company wants to branch out and offer those employees advice on all aspects of their financial existence, not just their 401(k). “We’re broadening our focus beyond retirement,” said Lawrence Raffone, Financial Engines' chief executive. “We’re going to start helping people with even more of their finances.” The question, however, is whether personal advice can be both profitable to his firm, and affordable to middle class workers.

For an additional fee, workers will be assigned their own personal financial adviser at the firm’s newly rebranded Financial Engines Advisor Centers. These experts will manage investments both inside and outside their clients’ 401(k)s and come up with strategies that cover everything from college savings to health-care costs.

Raffone said Financial Engines has an inherent marketing edge: a captive audience of 10 million workers who already know the company through their employers, which are some of the biggest companies in the U.S. When it comes to managed 401(k) accounts, Financial Engines has a 60 percent market share, according to research firm Cerulli Associates. That’s three times larger than its closest rival, a managed-account service offered by investment research firm Morningstar Inc.

More and more companies are hiring companies such as these to help employees with retirement investing. The percentage of 401(k)-style plans offering managed accounts doubled from 2009 to 2014, to 22 percent, Cerulli said. Revenues at Financial Engines, a publicly traded company, have tripled over the past five years, to $311 million in 2015.

Since some employers worry that employee financial stress hurts productivity, the firm provides the managed-account option to help ease the burden, particularly for employees close to retirement. For example, Financial Engines’ “Income+” product helps retirees with the challenging task of turning nest eggs into regular income after retirement.

Managed accounts aren’t for everyone, particularly younger workers who can get by with target-date funds. Even as companies offer managed accounts to more workers, Cerulli noted that the share of those who sign up is flat, hovering around 7 percent of participants who are offered them. About 10 percent of the 10 million workers at Financial Engines 401(k) plans use its managed-accounts service.

As useful as managed 401(k) accounts are in helping workers plan for retirement or predict their monthly Social Security check, their scope is limited. They do little to help an employee worried about issues such as debt, the rising cost of college, and overspending. Managed-account providers, or the employers themselves, can offer online resources or put on group seminars covering financial topics, but the advice is often vague and unhelpful.

“In a group setting, you can’t solve an individual’s problems in the same way you could if someone is sitting down across the table,” said Jason Roberts, CEO of the Pension Resource Institute, a firm that helps companies manage retirement plans. That’s why Roberts thinks “financial planning solutions” are the “next wave of benefits that plan sponsors will seek to offer to employees.” This is where Raffone wants to come in.

In launching the new service, he will rely on a readymade network of advisers and offices. His company recently bought up the Mutual Fund Store, an investment adviser with 125 U.S. locations and about 300 employees, bringing Financial Engines’ total staff to more than 800. Starting this week, every Mutual Fund Store is being rebranded as a Financial Engines Advisor Center. Raffone also plans to bring advisers directly into the workplaces of existing clients.

But can Financial Engines make a profit providing personal advice to workers with an average person's net worth? Right now, the average retirement account handled by Financial Engines is $125,000, while the median is just $55,000. About half of U.S. households age 55 and older have nothing saved in a retirement account, according to (PDF) the Government Accountability Office, and the rest hold a median of about $109,000.

“If they can do one-on-one [advice], I’d be impressed,” said Ronald Surz, a pension consultant who is president of PPCA Inc., in San Clemente, Calif. “I just don’t know how you get paid for that.” Raffone is still figuring that out, too. Financial Engines’ managed-account product charges workers as much as 0.6 percent of assets annually, though the average is closer to 0.4 percent. Financial planning will probably cost more. The company expects pricing to run from a third to half of the 1.5 percent to 2 percent or more that “middle-class Americans could expect to pay.” (The affluent typically pay 1 percent to hire a financial adviser—less, if they’re very wealthy.)

Whatever the fee comes to, Raffone said it will charge clients in a transparent way—without, for example, receiving commissions to steer them into particular products. Financial Engines was a strong supporter of a new Department of Labor “conflict of interest rule,” scheduled to go into effect next year, that requires advisers put clients’ interests first when handling retirement accounts. That’s a legal duty that Financial Engines already has, but it's one that many firms are still fighting in court, a fact that Raffone bemoans.

“It’s actually embarrassing for the industry to say they can’t put their clients first,” Raffone said.