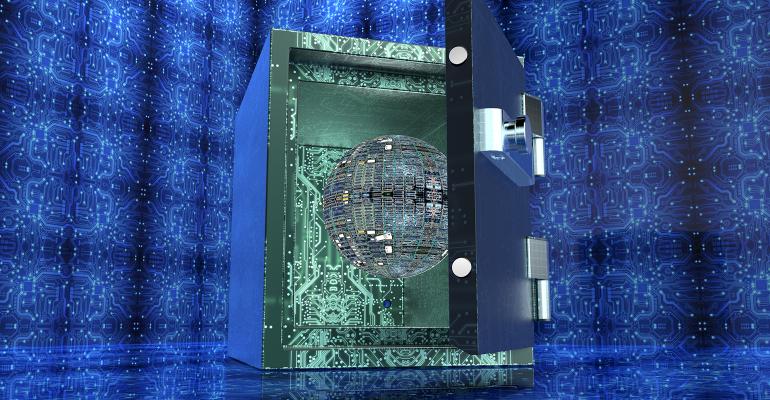 Making the wealth transfer as easy as ABC.

In the coming 40 years, the children of baby boomers will inherit $30 trillion of wealth, and two-thirds of them will fire their parents’ financial advisors and take their inheritance to be managed to another firm. However, new technologies now being developed that combine artificial intelligence, blockchain and cloud storage can help financial advisors build a working relationship with the next generation, which could lead to a better outcome.

A lifelong wealth management relationship between an advisor and his client is often collateral damage when that client passes away. “Studies regularly show that when wealth passes to another generation, in the majority of cases, the heirs change financial advisors,” the head of Deloitte’s U.S. wealth management practice, Gauthier Vincent, explained to CNBC. Advisors are told that if they want to reverse this trend, they must view the client not as an individual, but as an intergenerational family. Advisors are urged to seek regular face-to-face meetings with the next generation—something that’s useful because often when a client passes away, heirs have no connection whatsoever to the advisor. The idea is to get the next generation involved in decisions about their parents’ wealth so they will want the advisor relationship to persist after an inheritance.

Today, when high-net-worth individuals pass away, the heirs typically have little or no knowledge about how their parents managed their wealth, who helped them with such matters, why that approach was taken or whether it was successful. Instead, heirs typically find a filing cabinet of dusty papers to sort through. These days, sometimes that filing cabinet might not be physical but stored in the digital cloud instead. In either case, heirs have a hard time making sense of it all.

Combining cloud document storage with AI and blockchain can change that dynamic by creating document intelligence platforms that can transform how we store, analyze and use information to manage wealth and estates. Imagine a future (within the next year) where instead of a wealth management firm mailing a statement to a client, an advisor can drop an electronic version of that document directly into an intelligent digital filing cabinet that alerts heirs too, helping them feel involved and consulted.

Storing all our important information in this way, a document intelligence platform can pull data from a structured filing cabinet and transform it into powerful insights, pulling key information, such as net worth, and displaying it on a visual dashboard. At tax time, for example, it could alert the user that certain documents are available and flag any forms that are missing. It would also analyze documents as they are stored, working like a built-in librarian to keep everything in order, summarizing key information and reminding the user of important events, and can even authenticate documents using blockchain technology. A client can use multiple cabinets—one for personal matters, one for company matters and another for trusts—and use the system to draw connections between them.

If someone inherited an estate that was using such a system, the heir would know which advisor was managing their parent’s wealth and why certain decisions were made. A structured, digital filing cabinet could also include such things as legacy documents setting out the goals, dreams, visions and mission statement of the owner—vital documents that can help an heir understand how to manage the estate they’re inheriting. A report by State Street Global Advisors, Roadmap for a New Landscape: Managing the Transition of Wealth Across Generations, says it’s a good idea for advisors to encourage clients to share their goals and dreams with their heirs by writing “a personal letter to each family member reflecting on why specific properties or charities have special meaning; an evergreen document outlining ‘dreams,’ ‘visions,’ and ‘goals’ for the older generation’s legacy; or a more traditional ‘mission statement’ developed after a family meeting.” Heirs finding such documents after an inheritance will feel much more attuned to the management of the estate than most people after a family death.

Advisors can connect with millennials by offering such innovative storage solutions to replace the overstuffed filing cabinets of the past and alleviate the typical confusion after an inheritance. Years before any wealth transfer, these digital filing cabinets can be used to collaborate and build a sense of connection. The owner of the filing cabinet can grant permission to specific people, such as accountants, lawyers, financial advisors and family members, to have access to specific folders and files permanently or for certain limited times. A financial advisor, for example, could file a document suggesting a new asset allocation, sharing it with both the client and the heir, soliciting their opinions. In response, the heir might suggest adding a particular investment, perhaps a Chinese tech stock exchange traded fund. When advisors use innovative, collaborative digital tools in this fashion, they will increase collaboration with clients and their heirs, increasing the chance that they will benefit from the coming wealth transfer.

Brad Rosenberg is co-founder and chief product officer at FutureVault.