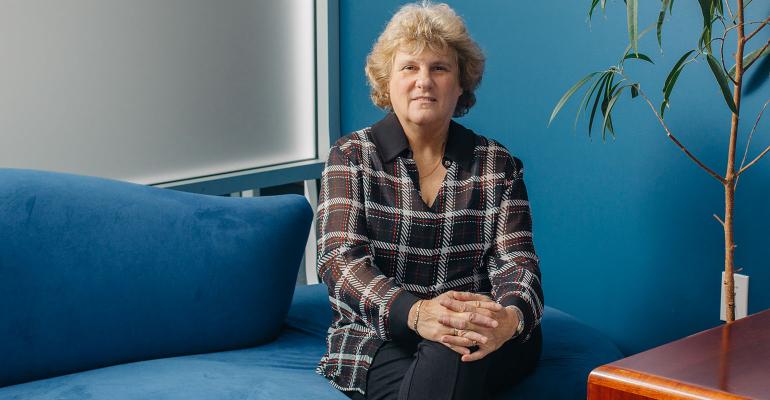 Advisors’ Rebalancing Tech Being Put to the Test

Responding to client portfolios knocked out of whack by the market’s roller coaster ride has been more of a stressor for many firms than communicating with angst-ridden clients.

It was late in the day when I spoke to Sheryl Rowling. I could hear in her voice just how long she had been working. Like many advisors, she has spent the past two weeks not only running her firm remotely but also overseeing a surge of portfolio rebalancing for clients.

“We’re really doing a lot of tax-loss harvesting as well as taking advantage of Roth IRA conversions,” said Rowling. Her San Diego-based firm, Rowling & Associates, has 336 clients and $393 million in assets under management.

“It has just been an amazing time for us to do what we should be doing for our clients—rebalancing is one of those things we [as a firm and industry] should be doing,” she said. It’s not simply finding tax alpha by realizing losses on some positions that can offset gains, but better positioning clients to move forward as volatility starts to subside, and keeping portfolio allocations in balance when they get thrown out of whack thanks to large changes in valuations.

In addition to her fee-only wealth management, planning and accounting firm, Rowling has been a technology innovator. While her firm most recently launched a research service and flat-fee TAMP for advisors (now at more than $1 billion in assets on the platform), I first met Sheryl a decade ago when she and a partner launched a low-cost rebalancing application called Total Rebalance Expert or TRX. While she sold the tool to Morningstar in 2015, her firm—and many others—continue to use it, especially in the current market turmoil.

“I think more advisors are using automation to help them—I think that’s key because you can’t be as reactive to the market without that,” said Rowling, referring not just to TRX but also other rebalancing applications that are full of automated features, including iRebal (part of TD Ameritrade Institutional), Tamarac (part of Envestnet) and RedBlack Software, among others.

“We look for certain size losses, material losses, and we are often finding examples of more than two material losses,” said Rowling. “Luckily we have been able to do that with our research, and luckily there are generally enough funds to do that for, though if we want to get out of it after the 30 days we have to realize the gains,” she said.

Custodian TD Ameritrade Institutional, a firm with its own venerable rebalancing technology, iRebal, which is provided at no cost to its advisory firms, is seeing far more activity as well.

Greg Friedman, founder of West Coast-based wealth management firm Private Ocean, is one such advisor, though he has been relying on the rebalancer product from his provider Envestnet | Tamarac over the past weeks. As of March 21, the firm, which manages just over $2 billion in assets, was moving into its second tranche of accounts to rebalance and harvest losses. In the case of his firm, he said using the tool was better when looking across lots of accounts.

“If you are working with a really complex client and want to rebalance but they have complex asset allocations, it can get really tricky, you literally have to program Tamarac so much,” said Friedman. He said it was an improvement over the days of performing one-off rebalancing using spreadsheets.

“I’m glad he’s a math major and enjoys the process,” Friedman said, referring to his portfolio manager who is in charge of performing the trades.

It has been a very busy time for Envestnet’s Tamarac unit too.

“We definitely have seen a significant jump in terms of volume of trading,” said Andina Anderson, an executive managing director at Envestnet who oversees the Tamarac platform. The platform has over $1 trillion in assets being managed by 1,000 RIA firms.

The average daily total of orders traded year to date for the past several years was 170,000. In the past two weeks leading up to Tuesday that had jumped to closer to 300,000 orders per day. A massive spike last Wednesday brought that number to 700,000 orders logged, the biggest trading day the firm had yet recorded.

“We have it broken out by advisor sells and buys and it has been fairly even between the two, with maybe a slight favor on the sell side,” said Anderson.

Nate Johnson, who leads trading support for the Tamarac platform, said there had been a huge uptick in call volume to talk through setting up complex workflows over the past few weeks.

“Because of the market activity people are doing workflows differently from what they normally do and are having to build some complex trades into those,” said Johnson. “One firm was asking yesterday, just to pick our brains, on whether they were utilizing our safe search queries and drift monitoring to maximum advantage.”

“Firms that really adhere to our best practices are prepared, they are ready for these alternatives to trade,” he said. Having attended Tamarac-specific training conferences in the past, I know the firm is big on training advisors in how to manage the complexity built into the platform.

Erik Setterlind, head of investment management at Alpharetta, Ga-based Kalos Financial, oversees trading technology at his firm. The hybrid advisory manages $258 million in assets and has been in the midst of transitioning from Tamarac to Orion in order to access the sleeve-level features built into the latter platform that are a better fit for its business model going forward.

“Tumultuous times like these require a closer and more frequent look at the accounts and models than are typically done, and it's important to keep an eye on how client accounts are reacting relative to your models,” he said.

“With the aggressive market swings we have seen certain sectors perform very differently—some outperforming, some underperforming—relative to the overall market, and client positions can become over or underweighted,“ said Setterlind.

Without using automated rebalancing software, he said it can be tough to determine, in a timely fashion, which positions need to be traded in order to bring them back to the original allocations.

He noted that while some managers have historically had a strict monthly or quarterly rebalancing process, advisors would be “prudent” to look far more frequently than that.

“Again, the dispersion, which is the difference between current position percentage versus model percentage, and trade triggers would need to be determined by the manager,” said Setterlind.

Beyond what many would now call the traditional rebalancing platforms, there are an increasing number of alternatives available, especially in serving high-net-worth clients. One of these, Just Invest LLC, is a separately managed account provider built on a young tech stack. The firm, which was founded in 2016, has $350 million on its platform and is being used by 25 RIAs.

“We have seen many accounts rebalanced four times over the last three weeks,” said founder and CEO Jonathan Hudacko.

Over the past three weeks, the firm has harvested losses on over 80% of the accounts on its platform. Of those accounts, the firm has averaged just under two loss-harvesting executions for the period. Hudacko said this has resulted in more than $6 million of losses captured for tax benefit or, assuming a combined federal and state tax rate of 42%, about $2.5 million in tax savings.

For advisors, his message is simple: “Do it, don’t miss the opportunity. A lot of people are hesitant about getting in there and trading. If the market has gone down 30% and you’ve been on top of the TLH you’ve created tax alpha.”