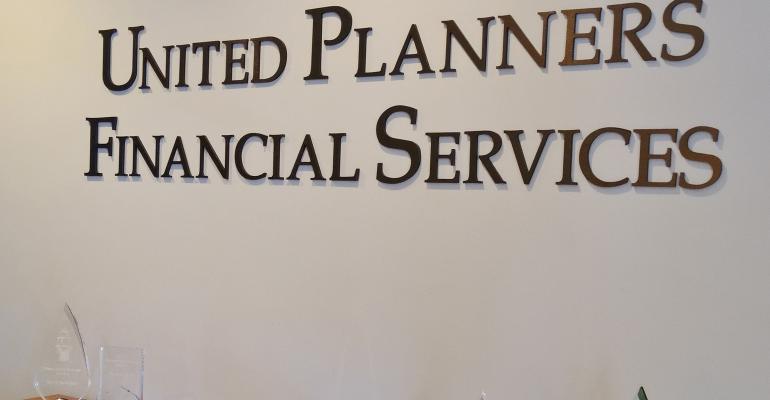 The fixed income-focused technology company's services will be available to hundreds of advisors at United Planners.

Wealthtech firm 280 CapMarkets, a company built around fixed income price discovery and the facilitation of trading and managing bonds, has partnered with its first enterprise client, open-architecture-based United Planners, according to executives at both companies. 280 CapMarkets is providing single sign-on access via the hybrid independent broker/dealer's advisor portal for its approximately 450 advisors, WealthManagement.com has learned.

The strategic partnership originated with a conversation between the two firms back in 2017, said Gurinder Ahluwalia, the 280 CapMarkets co-founder and CEO. Ahluwalia and his team have recently implemented a single sign-on mechanism specifically for United Planners, he added, which will speed up future enterprise integrations. After completing a pilot that saw four United Planners’ advisors testing the service, the company is making the bond platform available to all of its advisors.

The fixed income service offered by 280 CapMarkets couldn’t have come at a better time, said Billy Oliverio, EVP and chief marketing officer at United Planners. “With this demographic that's moving into this decumulation phase, we have a lot of investors that are seeking income from their portfolios," he said. "There's a strong demand.” Making 280 CapMarkets available to United Planners advisors ahead of the organization’s conference later this year will help drive adoption, he added.

The iron does seem to be hot for 280 CapMarkets. “The soaring number of Baby Boomers entering and approaching retirement is leading to a major shift in focus from accumulation and retirement savings to decumulation and retirement income,” according to summarized research from The BlackRock Retirement Institute. The report cited data from the Labor Department that noted an overall drawdown of retirement assets had started in 2013 and 2014, was expected to peak this year and then continue until 2030. As more investors enter the decumulation phase, 280 CapMarkets is betting its service will provide more value to advisors than the trading desks and direct-from-custodian solutions many advisors rely on.

Still, United Planners will not be making 280 CapMarkets its exclusive provider of fixed income access, despite its technology and transparency, said Oliverio. The company is committed to open architecture, with a bent toward “small up-and-comer companies.”

“We have a lot of great success stories with some of these relationships and how they've made our advisors just flourish,” added Oliverio, citing partnerships with wealthtech companies like Asset-Map, Riskalyze and Orion Advisor Services.

United Planners manages $8 billion in client assets on the RIA side, according to Oliverio, of which $5.5 billion is in advisor-managed portfolios. While only a percentage of those assets is allocated to fixed income, assuming a 60-40 equities-to-fixed income portfolio across that $5.5 billion would still mean potentially billions of dollars in assets earmarked for fixed income, funds that 280 CapMarkets could help advisors invest. But both parties are approaching the deal with eyes wide open.

280 CapMarkets knows it will be evaluated on its ability to service advisors. “Trying to get a trade is not the goal,” said Ahluwalia. “It's trying to serve their advisors well. The trades will come if you serve the advisor well. That's the metric that I think Billy will measure me on.”

For United Planners, it’s a deal with significant potential. Internally, Oliverio and one of his practice management officers, Mike Goyarts, were discussing the potential of advisor adoption and how the partnership could help advisors with their fixed income strategies. “It's really going to be, do advisors find the juice is worth the squeeze?” explained Oliverio. “In terms of the advisors’ efforts and starting to familiarize themselves, embrace, adopt, implement the BondNav technology into their process.”

While advisors will need to decide for themselves, from an organizational standpoint, Oliverio was confident in the new partnership. “The juice is worth the squeeze,” he said.