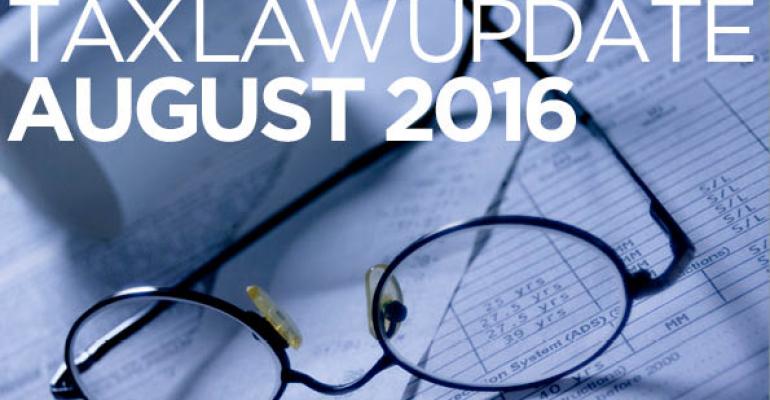 In applying the DCF method, the court applied a 25 percent discount for lack of marketability. However, under the asset method, the court assumed that if the timberland were sold, the partnership would also be liquidated, and therefore didn’t apply discounts for lack of control or marketability. The court held that the
25 percent weighting and the 40 percent discount to the timberland value due to the time it would take to sell already took the appropriate discounts into account.

Ultimately, the Tax Court concluded the value of the LP interest was $27,454,115. The estate appealed to the U.S. Court of Appeals for the Ninth Circuit, which reversed and remanded the case. The Ninth Circuit held that the Tax Court erred in finding that there was a 25 percent chance that the partnership would dissolve and in using the asset method to partially determine value. It held that a buyer wouldn’t be able to: become a limited partner, remove the general partners and convince the other partners to dissolve the partnership. As a result, the Tax Court revised its valuation to be determined entirely by the DCF method.

In addition, the Ninth Circuit held that there wasn’t sufficient explanation for the Tax Court’s decision to apply a company-specific risk premium that was half of what the estate’s expert recommended. The Tax Court explained its original reasoning but, in accordance with the remand instructions from the Ninth Circuit, re-evaluated its assumption that a hypothetical buyer could be an investor with multiple owners that could diversify the risk. Under the terms of the LP agreement and based on the record, the Tax Court reasoned that it was unlikely that any limited partner would be admitted unless he was a member of the family (or a trust for a family member’s benefit) and was interested in keeping the company running as a going concern. Therefore, on remand, the Tax Court applied the full company-specific risk premium that the estate’s expert had originally recommended (3.5 percent).

Together, these changes reduced the value of the 42 percent partnership interest to $13,954,730, almost half of the original determination.