/sites/all/themes/penton_subtheme_wealthmanagement/images/logos/footer.png
Recent
Recent
What’s Behind the Appeal of Portfolio Hedging Using Inverse ETFs
May 29, 2020
Ameriprise Touts Merits of Virtual Recruiting
May 28, 2020
Stifel Settles With FINRA For More Than $3 Million Over UITs
May 28, 2020
LPL Lures Washington-Based Team from Wells Fargo FiNet
May 28, 2020
A Can’t-Miss COI Campaign
May 28, 2020
Featured
Poll: 15 Classic Books on Investing and the Markets
Apr 03, 2020
FICO Updates and Their Impact on Credit Scores
May 06, 2020
Franklin Templeton Fires Portfolio Manager Amy Cooper Involved in Central Park Dog Incident
May 26, 2020
The Top Colleges for Financial Planning
Oct 03, 2019
Tax Year in Review
brought to you by 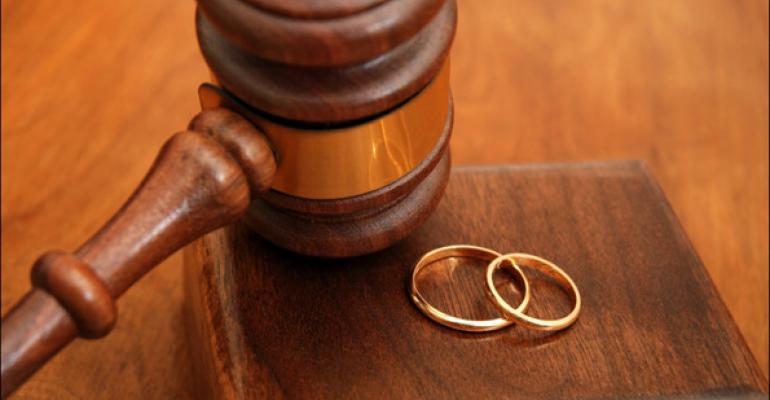 The first issue was whether the spouse’s ability to elect against the prenuptial agreement would interfere with the marital deduction. Under IRC Section 2056(b)(1), the marital deduction isn’t permitted when, on the lapse of time, occurrence of an event or contingency or failure of an event or contingency to occur, an interest in property passing to the surviving spouse will terminate or fail such that an interest in that property passes to another person.

The ruling applied the regulations, prior revenue rulings and a Tax Court case to hold that the spouse’s right to elect was a “mere procedural formality.” Even though the spouse was electing against the contractual rights under the prenuptial agreement, rather than electing against a will or a statutory right, as had been the case in most of the rulings, the IRS didn’t find the distinction meaningful. In fact, it cited to a prior Tax Court case and revenue ruling that approved the marital deduction for property transferred to a spouse pursuant to an election between a life estate in trust or an outright cash bequest. In that case and ruling, the election was simply between two alternatives under the will, not between the will and a “property interest to which [the spouse] is otherwise entitled” under Treas. Regs. Section 20.2056(c)-2(c). Similar to these prior rulings, PLR 201410011 held that the spouse’s right to choose wasn’t a “contingency” that interfered with the marital deduction.

The second issue was whether preferred units in an LLC distributed to the marital trust would be eligible for the marital deduction. The IRS held that they were eligible because the marital trust contained the required provisions, notably that the trust’s net income was paid to the spouse at least annually, and the spouse could request that unproductive assets be made productive. Furthermore, the structure of the LLC allowed the spouse to enjoy the LLC units in a similar manner as a life beneficiary of a trust: The marital trust would be entitled to an 8 percent return on the preferred units, payable annually; the LLC couldn’t redeem the preferred units for less than the greater of face or market value; and the operating agreement couldn’t be amended or restated without the affirmative vote or consent by all preferred members.