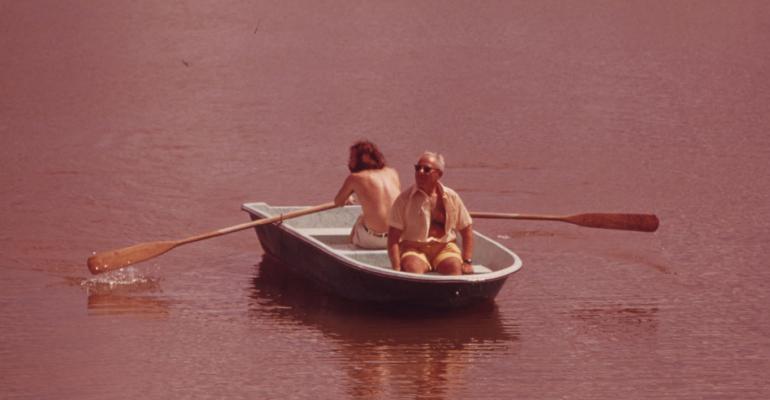 Your Retirement Under President Trump

Here are a few ways Trump's presidency could influence your retirement.

(Bloomberg) --As a candidate, Donald Trump barely mentioned America's retirement crisis. As president, he will have enormous power over the issue, bolstered by Republican control of the U.S. Senate and House of Representatives.

Trump made clear that he doesn't plan to cut Social Security benefits, but he didn't sound enthusiastic about plans to expand the federal program, as more and more Democrats have proposed. Trump has also proposed large tax cuts. If they create wide deficits, as analysts have predicted, that could put long-term financial pressure on the Social Security program, which faces a shortfall in 18 years when the Baby Boom generation is fully retired.

It has long troubled consumer groups that there are essentially two types of people who call themselves financial advisers. The first are "fiduciaries," required to put their clients' interests first. The second operate more like salespeople, often selling complicated financial products with high fees.

President Barack Obama's Department of Labor proposed a rule that will require all financial advisers handling retirement accounts to put their clients' interests first. The White House said the rule, finalized in April, would prevent conflicts of interest that cost Americans about $17 billion a year.

It's not clear how Trump feels about such a rule, but he or Congress could try to scrap it before it goes fully into effect in 2018. Republicans have already tried to block the rule, and a Trump economic adviser compared it to the Supreme Court's Dred Scott decision supporting slavery.

One reason workers aren't saving for retirement is that they don't have an easy way to do it. Less than 60 percent of U.S. private-sector workers have access to a retirement plan through their employers. Obama said he supported ways to sign up employees automatically for 401(k)s or other retirement accounts, but Congress never acted on his proposals.

Partly in response, five states—California, Connecticut, Illinois, Maryland, and Oregon—recently passed laws designed to get every worker into a retirement plan. The laws require employers either to sign their workers up for a 401(k) or pension or to connect those workers to a portable individual retirement account (IRA) administered by their states.

The federal government under Obama gave its blessing to these automatic IRAs. Some financial industry groups are opposed and could lean on Congress or the Trump administration to prevent the state plans from operating.

For almost a decade, Democrats and Republicans, and companies and consumer groups, have been fighting over financial regulations. But there is broad agreement that some aspects of the U.S. retirement system aren't working well. Not enough workers have a retirement plan at work, for example, and it's too easy for workers to cash out their 401(k)s and too hard for them to roll them over to new employers.

Members of Congress have made several proposals, some bipartisan, to fix these issues, and a few could be enacted under a new president and Congress. None is likely to have a dramatic effect on Americans' retirements, but these efforts could at least make it less of a hassle to run a retirement plan or save in one.