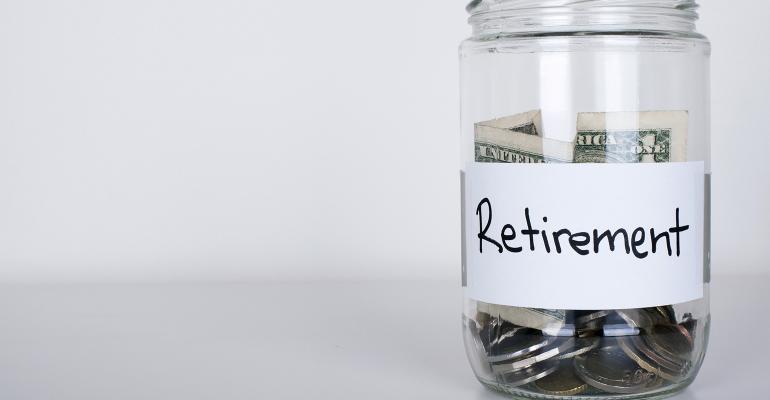 (Bloomberg) --If you're relying blindly on hallowed personal finance averages—planning for 40 years of work, saving 15 percent of salary—you could be in for a rocky retirement.

Retirement advice is made to be tailored to our needs and the times. People often sit down to figure out how much they will need and assume they'll spend 40 years in the workforce, from age 25 to age 65, more or less. That's an outmoded assumption from the days when defined-benefit pension plans roamed the earth, said Diane Garnick, TIAA's chief income strategist.

"We don't have that labor market anymore," she said. "It couldn't be farther from the truth."

Women in particular need to look out. These rules of thumb are often inadequate to the reality of their shorter careers and longer lives. Women who are widowed are twice as likely to be living in poverty as their male counterparts, according to the National Institute on Retirement Security.

Some advice from a new paper by Garnick:

Go easy when predicting your time in the workforce

Men, on average, spend 38 years in the workforce, and women 29, Social Security data show. So "if women aren't quite saving the $18,000 tax-deferred maximum in a 401(k) and are thinking they'll take time off in the next few years, they should try to start contributing the max before they leave," Garnick said. "They'll only be able to save up to $5,500 in an IRA when they're out of the workforce."

The chart below shows the reality of men's and women's employment lives, neither of which meets the 40-year span that has been considered a full career. That said, the percentage of women working full-time in their late sixties is up, according to new research.

Factor in the professional gender gap ...

Women earn 78 cents to a man's dollar, according to U.S. Census Bureau data, but for women in the professional services category, it's 72 cents.

... and bust through the standard 15 percent savings goal

If you're making only 72 cents to a man's dollar, saving the same percentage of salary as your male peers do won't cut it in retirement. Difficult as it is, women should try to save a lot more than men, definitely more than the unisex rules of thumb. That could also mean not retiring as soon as your husband has done, if you're the younger spouse.

Garnick suggests framing a retirement savings goal, not as a percentage of your current income but as the dollars of annual income you'll need each year in retirement. It's a daunting number, however you calculate it.

Women tend to invest more conservatively than men, which hurts their long-term returns. As more people—men and women—are automatically defaulted into target-date funds in their 401(k) plans, odds are good that the equity stakes of women are slowly moving up, which is a good step. Garnick doesn't think women should stop there.

"Target-date funds are reflective of the average experience," she said. "Women need to take on higher marginal levels of risk because they'll be living longer and have higher costs than men later in life."

Also important: Lifetime income products, or annuities, offered in company retirement plans are required to use unisex actuarial tables in their pricing. (And you pay no commission; high commissions are one reason annuities generally get a bad rep.) That's good for women, who live longer and would get a worse deal from the gender-specific pricing that most outside vendors would use.