/sites/all/themes/penton_subtheme_wealthmanagement/images/logos/footer.png
Recent
Recent
Thanks to Pandemic Puppies, CRE Investors Are Turning Their Attention to Veterinary Clinics
Aug 08, 2022
Seven Must Reads for the CRE Industry Today (Aug. 9, 2022)
Aug 08, 2022
KKR Sees ‘Golden’ Chance to Snap Up Risky Debt Amid Market Chaos
Aug 08, 2022
IRA Legacy Gifts Are Just Around the Corner
Aug 08, 2022
Featured
The 10 Best and 10 Worst States in Which to Retire in 2021
Jul 15, 2021
Poll: 15 Classic Books on Investing and the Markets
Apr 03, 2020
Fifteen Must-Listen Business Podcasts for Advisors
Aug 14, 2020
Celebrity Estates: Jay Leno and Planning for Classic Car Collections
Feb 22, 2022
Personal Retirement Advisory
brought to you by 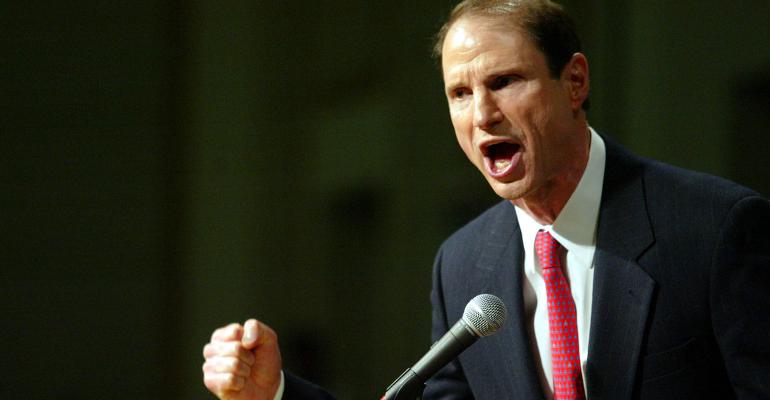 Practitioners should be aware of many newly minted provisions

U.S. Senator Ron Wyden (D-Ore.) has marked up a bill profoundly affecting retirement benefits, principally individual retirement accounts. It has yet to be considered and so has no Senate bill number. Imposition of the five-year rule and elimination of the stretch has been proposed in the past. This bill contains many other newly minted provisions.

Here’s a rundown of the proposed bill:

Example 1: Ronald’s two Roth IRAs total $4.5 million on Dec. 31, 2016. He may make Roth IRA contributions each year, until the year-end account value reaches $5 million, as adjusted for the cost of living index (COLI).

Example 2: Olga’s three Roth IRAs total $6 million on Dec. 31, 2016. She may not make Roth IRA contributions unless the year-end account value dips below $6 million, as adjusted for the COLI.

If the balance exceeds the cap, half of the excess is a required minimum distribution (RMD), subject to the 50 percent excise tax on failure to make RMDs.2 Effectively, the tax is 25 percent of the excess balance.

Distribution of an excess balance won’t be subject to the 10 percent tax on pre-age 59 ½ withdrawals.

Roth individual retirement annuities would be valued using actuarial factors. Rollovers of distributions occurring before Dec. 1 but completed after Dec. 31 are counted in the year-end valuation.

The credit would be phased out as adjusted gross income approaches an “applicable dollar amount,” based on filing status.

To qualify for the credit, contributions must be made to a myRA or to a Roth IRA that accepts such contributions.

There would be no maximum age beyond which IRA contributions can’t be made.

Effective after Dec. 31, 2016, rollovers within 60 days of distribution from a decedent’s retirement account could be made to an inherited IRA. Because the transferee IRA is an inherited IRA, RMDs would be made over the inheritor’s life expectancy, beginning the year after the plan participant’s or IRA owner’s year of death.

Likewise 60-day rollovers of any distribution from an inherited IRA to another inherited IRA would be allowed. Presumably, the one-rollover-per- year rule would apply to all IRAs, whether or not inherited.

Student loan payments would receive IRA matching contributions from the government, paid into a myIRA.

Those with account balances under $150,000 don’t need to make RMDs. This exception doesn’t apply to inherited retirement benefits.

For all others, the age for determining an individual’s required beginning date will be raised above age 70 ½ to age 71 in 2018. It will be raised to age 72 beginning in 2023. After 2028, it will be pegged to mortality tables.

Post-2016 successor beneficiaries of inherited IRAs will be subject to the new rules, even though the account wasn’t inherited by the initial beneficiary before the proposed law’s effective date.

Several other exceptions could apply for collective bargaining units, governmental plans (but only until Jan 1. 2019) and certain annuities. There’s no exception for trusts, which will always be subject to the five-year rule.

Qualified valuations of property other than marketable securities and cash are required. The standard of valuation for claiming the income tax deduction for property donated to charities would apply.

IRAs won’t be able to invest in entities when the IRA owner owns a substantial portion of the entity, to include a corporation, partnership or other unincorporated enterprise or trust or estate.

The ownership threshold would be 10 percent, and family attribution rules would apply.

The IRA would lose its income tax exemption if it runs afoul of this rule, causing immediate income taxation of the entire account as of Jan. 1.

IRA owners would be a disqualified person for purposes of prohibited transactions.

The statute of limitations would be extended to six years for misreporting valuations, as well as for acts that constitute prohibited transactions.

Anecdotal evidence suggests that most smaller accounts are taxed soon after inheritance. Good planning can mean leaving retirement benefits to a trust to assure that tax deferral is likely to occur. Yet, the proposed bill leaves no room for trusts to enjoy tax deferral beyond five years.

Larger accounts can realize significant tax deferral benefits for family members, other than spouses, by including charitable beneficiaries. That will occur if the beneficiary of the retirement account is a charitable remainder trust. The value of family after-tax benefits over the term of the trust can greatly exceed the value that would be realized under the Wyden bill.

Bottom line: The bill would add enormous complexity and might not raise significant new revenues, because scoring the bill on the premise that all beneficiaries will maximize tax deferral may be unrealistic.