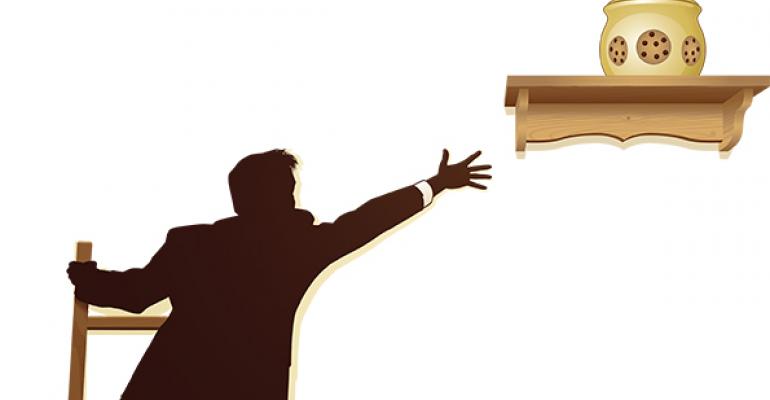 Early retirees have to deal with hassles, taxes and penalties if they need to withdraw money from individual retirement accounts, Roth IRAs, and the like. But with planning, such costs and complexities can be reduced or even eliminated. These are the techniques that clients should use to tap their tax-sheltered retirement accounts before turning 59 ½:

Contributions to Roth IRAs can be withdrawn at any time for any reason with no taxes or penalties, regardless of the owner’s age. And the good people at the Internal Revenue Service allow Roth IRA owners to designate any withdrawals as “contributions,” at least until all contributions have been accounted for.

Rolling over a client’s at-work retirement plan assets to an IRA could be a costly mistake if the client needs the money before turning 59 ½. If your client is 55 or older and her employment ends, she can withdraw money from her 401(k) or 403(b) without the 10 percent penalty that would normally apply to withdrawals from an IRA owned by someone under 59 ½.

Clients with qualifying 457 plans from a government or non-profit employer may be able to tap these accounts without the 10 percent penalty, regardless of their age.

Withdrawals from at-work retirement plans will still be taxed as ordinary income. However, by definition the early retirees won’t have any earnings, so their tax bills will be relatively small.

Clients who have to tap IRAs to cover living expenses before turning 59 ½ should see if they have any qualifying
expenses that can be matched against IRA withdrawals to avoid the 10 percent penalty.

Those costs might include substantial out-of-pocket medical bills, higher education expenses, or health insurance premiums if the IRA owners are unemployed.

Under Section 72(t) of the tax code, IRA owners under age 59 ½ can withdraw funds from the account without a penalty if the withdrawals are similar in amount and follow a specific schedule.

These payments have to be calculated according to one of three different methods: required minimum distribution, fixed amortization or fixed annuitization. IRA owners also have to choose an IRS life expectancy table on which to base the withdrawal amount: single, uniform, or joint life and last survivor.

Once the payments under the SEPP program have begun, they have to continue for five years or until the client reaches age 59 ½ (whichever comes second).

If the required amounts and timing of the SEPP payments aren’t met precisely, the 10 percent penalty can be applied retroactively to all withdrawals.

A Plan of Attack

Start by identifying how much a client plans to spend in a given year. If that amount can’t be completely covered by non-retirement accounts, the first retirement accounts that should be tapped are at-work retirement plans. Again, the distributions will be taxable, but no 10 percent penalty will apply.

They should then move on to IRAs, and unless there are enough qualified expenses to avoid the 10 percent penalty, the clients will have to consider the SEPP program.

When withdrawing money from tax-sheltered retirement accounts in a given year, there is an ideal figure clients should attempt to hit: just enough to keep them under the 15 percent federal income tax ceiling. That figure is defined by the value on Line 43 of the client’s 1040 form. For 2014, it’s $73,800 for married couples filing jointly, and half that for single filers.

After a client’s retirement account withdrawals for a given year push them to the top of the 15 percent federal income tax bracket, they should switch to less-taxed sources to cover remaining living expenses for the year.

Begin with any stocks, bonds or mutual funds held in non-retirement accounts, especially if these assets can be sold without increasing the clients’ tax bill. Then move on to funds in liquid accounts such as checking, savings, money market or certificates of deposit. If there still is a shortfall, consider tapping the contribution portion of Roth IRAs.