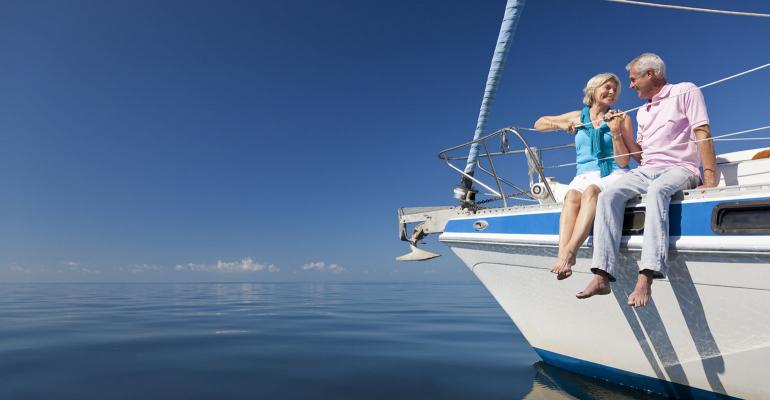 Financial advisers say wealthy retirees hanging on to their cash should “decumulate” faster.

(Bloomberg) --With so much advice out there about saving money, being encouraged to spend could sound a little weird. But that’s what some financial services firms are telling retirees to do—to make a New Year’s resolution to use more of those dollars they’ve been socking away.

With about 10,000 baby boomers turning 65 every day, more attention is being paid to “decumulation” strategies—the process of systematically drawing down all that money you’ve saved over the years. In theory, that should be a pleasant prospect. In reality, it’s hard to flip a mental switch after decades of sacrifice. Moreover, spending more money when less is coming in can be pretty stressful.

“When we speak about spending resolutions, we usually speak about how to encourage people to spend less,” said Meir Statman, a behavioral finance professor at Santa Clara University. “This is right for most young people. But with many older people, the problem is too little spending because of a reluctance to dip into capital.”

A good chunk of retired Americans are financially situated to live it up a bit more. Research by the Employee Benefit Research Institute and BlackRock Retirement Institute found that, on average, a significant portion of retirees at all levels of wealth weren’t spending down much of their non-housing assets even well into retirement. A sample of 9,760 retiree households found that 18 years into retirement, many households still had 80 percent of their assets. (The research measured median non-housing assets, such as IRAs, and taxable savings and investment accounts.) There was even an increase in assets for many retirees through age 85.

The chart below tracks the assets of retiree households in three different wealth categories, from just before retirement to about 18 years later. It shows that even the lower wealth groups held on to a good portion of their assets—the medium wealth group ended up with 77 percent of what it started with while the lowest wealth group retained 80 percent. These baby boomers have a lot of cash to throw around. But Generation X and millennials won’t be so lucky by the time they hit 65. Boomers have defined benefit pension plans and they’ve profited from long-term real estate appreciation. They’ve also enjoyed a long period of above-average market returns. The increasing likelihood of Social Security and Medicare cuts however may force future generations to use more of their savings just to get by.

“People have never been taught how to spend money,” said Nick Nefouse, head of the defined contribution strategy team at BlackRock. “When you’re accumulating money, you think about savings, and compounding, and the weighting of assets. You can’t apply those ideas to decumulation—that’s about cash flow, volatility around that cash flow, and longevity.” BlackRock positions its LifePath target date fund as both an accumulation and decumulation product. The company said it is developing a decumulation tool tied to the fund that will adjust withdrawal recommendations based on factors that include changes in BlackRock’s forward-looking capital market assumptions.

Many 401(k) plans that allow retirees to park their assets don’t even allow monthly withdrawals. Some have withdrawal fees. To get more flexibility, a retiree may need to roll a 401(k) into an IRA—which can mean losing access to institutional share classes for funds, which are much cheaper than many products sold to retail investors.

Retirees loath to spend are forced to take required minimum distributions (RMDs) at age 70 ½. The amount withdrawn is based on their 401(k) balance, divided by a life expectancy factor set by the IRS. Rather than take a big distribution at the end of the year, behavioral finance professor Statman suggests that retirees who can afford it (and whose plan allows it) transfer their RMDs from 401(k)s into checking or money market accounts on a monthly basis—to be spent. For people with donor-advised funds, he recommends automatic monthly or annual transfers from the fund to designated charities.

In other words, flip from auto-saving to auto-spending. Done smartly, it could make your life much more pleasant. And it will be a heck of a lot easier than pledging to lose weight or exercise more in the new year.