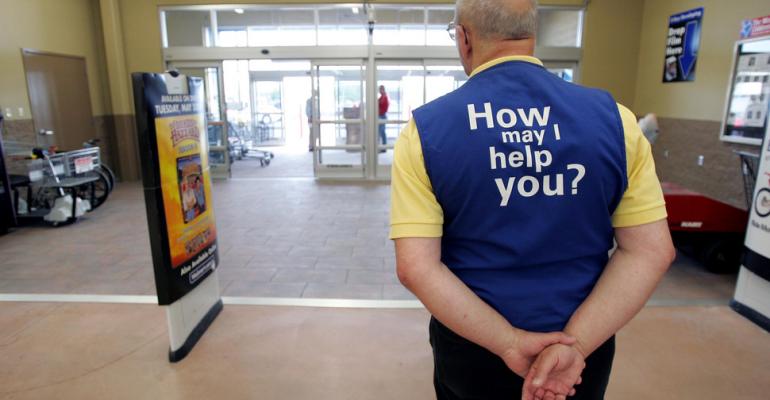 <p>If they start working too early, there may be a reduced benefit for life.</p>
Wealth Planning>Retirement Planning

When Retired Clients Try to Go Back To Work

The excess earnings test may be a hidden trap

Does it make sense for your client to keep working after he starts collecting his Social Security (SS) benefits?  A lot depends on when that actually is. There are two major problems if someone is still working and decides to collect early, that is, before his full retirement age (FRA).

This decision can be a big problem. If your client starts early, there’s going to be a reduced benefit for life.  The benefit will go down based on the table below, “Early Retirement Benefits After Applicable Reduction.” 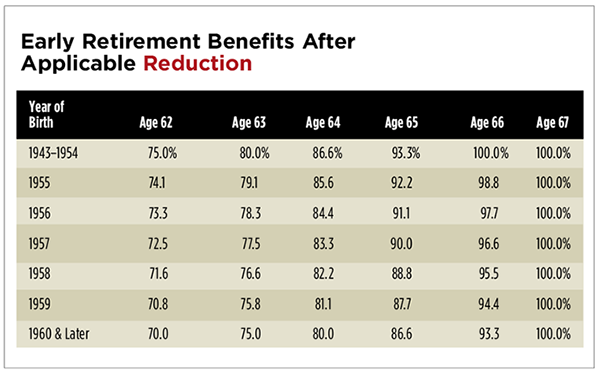 That’s the simple part.  Now let’s look at the second-- and far more complicated-- disadvantage, which is the excess earnings test (EET).

What happens if the client makes $100,000 that first year?  Is it possible that the client’s benefit could be reduced all the way to zero?  Yes, this does actually happen.  Very often, it would be when a worker decides to retire, files for SS and then tells his employer, who then decides that he can’t live without his valued employee, and makes him an offer he can’t refuse.

Note that the formula isn’t quite as restrictive in the calendar year in which your client reaches FRA.  In that year, the earnings limit is $41,880, and the benefit reduction is $1 for every $3 over.  But keep in mind that even this only applies up until your client actually reaches FRA.  So if your client was born in 1954 and his birthday is on July 1, only the earnings for the first six months of that year would count.  Once your client reaches FRA the EET no longer applies.  At that point, he can make as much money as he can get, and there would be no reduction in benefit due to EET.

If your client wants to retire at 62 and wants to keep working, what should he do?  He can start by meeting with SS Administration at its local office.  If excess income is anticipated, the worker will usually enlist the help of the SS Administration to determine approximately how much would be withheld during the year.

How does this actually happen?  When your client applies for SS, one of the questions asked is if the client is planning on continuing to work.  If your client says “yes,” he’ll have to give the SS Administration an amount that he expects to earn.  Keep in mind that the Internal Revenue Service reports taxable earnings to SS, so your client really needs to give his best possible estimate.  If your client earns more than the estimate, SS will reconcile any differences in the following year.

How Reduction is Made

Let’s say that when your client estimates his earnings, the calculated reduction is 50 percent.  So, instead of getting $18,000 in the first year, he would get $9,000.  But that doesn’t mean each check is reduced by 50 percent.  SS will withhold the first six months of checks and then pay the full amount for the last six months.

Does all your client’s income count towards the EET?  No.  Generally, the type of income that counts is income from employment services (W-2 earnings).  Interest earnings and distributions from other retirement plans don’t.  Self-employment income is complicated: K-1 distributions generally aren’t considered earned income.  However, self-employed individuals may be closely scrutinized to determine if the income is from employment services or a non-employment K-1 distribution.  In its operations manual, the SSA lists 88 different types of income and how each is treated.

Even if your client’s benefit is reduced due to the EET, all isn’t lost.  Any benefit reduction will be incorporated into a recalculated benefit when your client reaches FRA.  Example:  Assume a worker retires early, and the excess earnings caused a 25 percent benefit reduction between ages 62 and 66.  At FRA, the benefit will increase because the worker will be treated as if retirement was at age 63 rather than age 62.  So, the benefit will actually increase at FRA from 75 percent to 80 percent.

In our next column, we’ll look at what happens when your client continues to work after FRA.