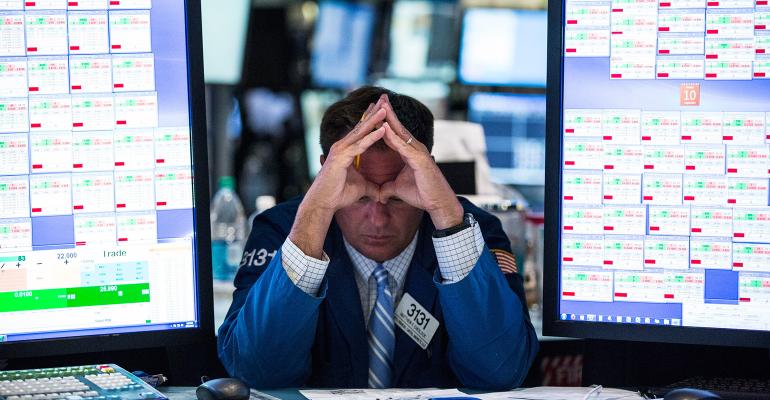 What If You're Not as Rich as You Think You Are?

(Bloomberg View) -- The idea that the world is awash in savings -- one factor driving the theory of secular stagnation -- is, on the surface, a persuasive one. Too bad it may not be true.

Yes, the postwar generation is wealthier than any before it. But the ultimate value of any investment depends upon being able to convert it into cash and thus generate purchasing power. In fact, the world's accumulated wealth -- around $250 trillion, according to Credit Suisse’s Global Wealth Report -- is almost certainly incapable of realization at its paper value. The headline number thus vastly overstates the supposed savings glut.

Most of these savings are held in two forms: real estate, primarily principal residences, and retirement portfolios that are invested in stocks and bonds.

Both are rising in value. A combination of population growth, higher incomes, increased access to credit, lower rates and, in some cases, limited housing stock have driven up home prices; those who got in early have done especially well. Meanwhile, increased earnings and dividends, driven by economic growth and inflation, have boosted equity values. So have loose monetary policies designed to counteract the Great Recession since 2009.

Yet the appreciating value of one’s own home doesn't automatically translate into purchasing power. A primary residence produces no income. Indeed, maintenance costs, utility bills and property taxes -- which often rise along with home prices -- mean that houses are cash-flow negative.

To monetize one's gains would require borrowing against the value of the property. Those loans cost money to service and expose owners to fluctuations in property values. The property can always be sold, of course. But much of the profit is likely to be eaten up by transaction and relocation costs -- not to mention the cost of a new home, which will also have risen in value.

High property prices depend on there being enough potential buyers who can afford the increasingly large mortgages that have helped boost real estate values over the last half a century. Their number may be shrinking: Stagnant incomes, the decline in secure, long-term employment and rise in contracting jobs all undermine the appetite and ability to borrow. Demographic changes and new barriers to immigration will shrink the size of populations as a whole. Similar considerations apply to real estate investment.

Share prices, on the other hand, represent future rather than current earnings streams. Low interest rates, which have to rise eventually, have artificially increased the discounted value of these cash flows. Much of the gains merely reflect higher PE multiples, not higher revenues and earnings. Slower growth and lower inflation mean future income streams may be weaker.

In recent years, equity valuations have also benefited from the rising share of national income captured by corporate profits, which may be unsustainable. Debt-funded share buybacks and corporate activity that boosts valuations -- including mergers -- may slow. Companies can't repurchase more than a certain level of outstanding shares if they want to maintain their stock-exchange listing and trading liquidity. Mergers eventually may run up against competition concerns.

Fixed-income instruments don't necessarily offer a safe haven. The credit quality of government and corporate bonds has declined. Regulatory changes mean that bank-issued bonds may be written down in cases of financial distress. With investors having assumed more risk to compensate for falling returns, they face increasingly uncertain returns on capital.

An important factor is changing funds flows. Rising wealth, in part supported by forced or tax-incentivized pension savings, created strong markets for financial assets in the postwar era. Now, many aging investors are set to draw down on those savings at the same time to fund their retirement. Given fraying safety nets across the developed world, those withdrawals could well be large -- indeed, greater than new inflows. That will reduce the funds available for investment, as well as demand for property, equities, bonds and other assets.

All this could set off a vicious cycle. Lower asset prices will shrink tax revenues. At the same time, demand for essential services will increase as many find themselves unable to finance their own needs. Fiscal positions will take a hit, resulting in lower government spending and higher taxes. That will only accelerate disinvestment.

The inability to convert investment into cash at current valuations means that individuals may be a lot less wealthy than they assume. They may have to consume less now in order to ensure sufficient cash for future needs, reducing economic activity. Lower levels of wealth also limit policy options for governments and central banks, which rely on mobilizing savings to boost growth and manage high debt levels.

That's perhaps the final irony. Whether real savings are higher or lower than currently believed, the result may be the same: a global economy mired in a prolonged period of stagnation.