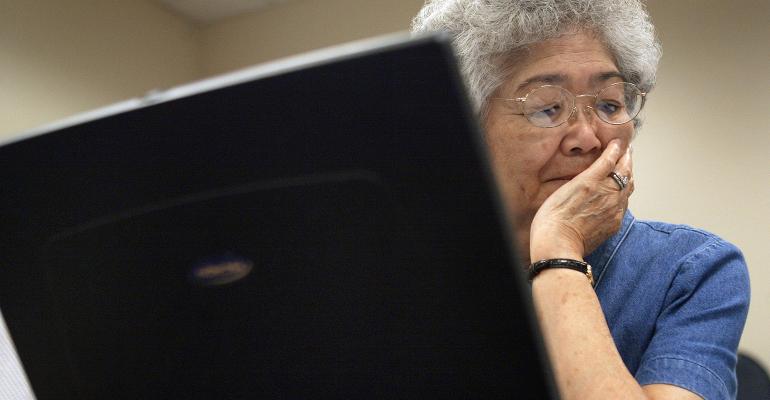 What Is Digital Financial Attention?

Your plan-sponsor client has some information about the plan they want to share with participants. Their first inclination is to post an announcement on the plan’s website with links to the information, but will that approach suffice to get the message out?

In might be less effective than supposed. A recent Vanguard report, “The Digital Investor: Financial Attention Through Multiple Digital Channels,” discussed how investors and plan participants use channels. The study examined the digital account-access behavior of over 18,000 longer-term Vanguard investors for the period January 2015 through December 2017. Sixty-nine percent were retail investors with mutual funds, brokerage accounts and IRAs. The remaining 31% were defined contribution (DC) plan-only. The key metrics evaluated were “attentive days,” which is the number of days on which the investor logged on to his or her account, and “attentive duration in minutes,” which measured the number of minutes the investor spent on the site on a daily basis after logging on. Digital access was classified as desktop browser, mobile browser or mobile app.

I asked Steve Utkus, Vanguard’s head of investor research, about the study’s key takeaways for plan sponsors as they consider their digital access options. “The first thing is to recognize that long-term retirement accounts, which is what we’re talking about in the defined contribution space, is not in any way like social media or shopping or banking,” he said. “In fact, the evidence on banking is that people overwhelming use their apps, particularly at younger ages but even increasingly at older ages. Because of the evolution of that sort of transaction—checking on your balance, paying a bill—it’s increasingly mobile-dominated. But in the case of these long-term retirement accounts, the first is to recognize that people are still relying on this desktop technology because it’s thinking more about what they have to do potentially.”

A second point is that most participants’ digital attention is very low: 12% of investors did not log on at all during the three-year period. Among those who did log on—the attentive group—most logged on for a very limited period and the averages were skewed higher by the most active online users. Consequently, if sponsors and providers are considering using a digital channel to change participant behavior, relying on just one channel like the plan’s website to implement the change might not work as anticipated. “They have to nudge them through other multichannel communications like email or send them a link to a video that then encourages them to go online because the typical participant is not spending a lot of time on a digital environment,” Utkus said.

“You should pay attention to attention,” Utkus emphasized. Plan sponsors should know the statistics of how frequently and for how long their participants digitally access the plan. If those numbers are low—as they often are—sponsors may want to shift their communication strategies away from relying on participants’ passively visiting their plan’s site to a multimedia approach that encourages digital access.

“There’s a real dispersion in attention across the population,” Utkus noted. He cited the example of older and wealthier people, who tend to be more actively engaged digitally. If a plan is promoting retirement-related services or rollover capabilities, for example, the website and its mobile counterparts are good places to do that because the intended audience is attentive. But if the plan is trying to help younger participants save more, the first need is to get them to online and to the website so they can view illustrations. Consequently, consultants and sponsors need to think carefully about “the differences in attention across your population and then tailor whatever you do with the website and the mobile experience accordingly,” he added.