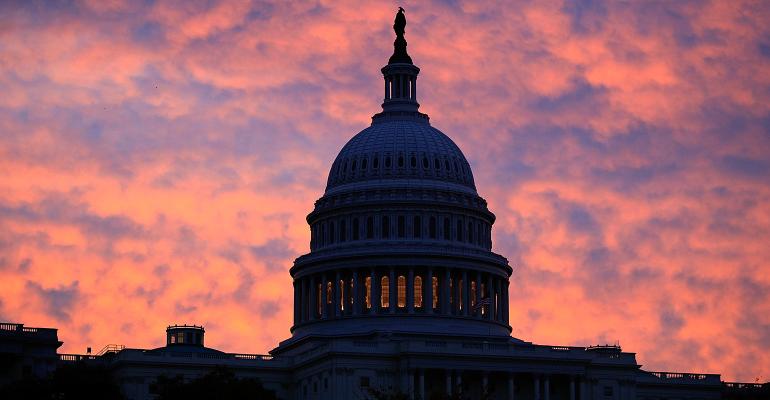 What Advisors Need to Know About the SECURE Act

Is two weeks notice enough for you?

The Setting Every Community Up for Retirement Enhancement Act of 2019 (SECURE) passed the House (for a second time) on Tuesday and looks to be on the president’s desk and potentially signed by the end of the week. With its seeming inevitability, and an effective date of Jan. 1, 2020 for many of it's most impactful provisions, what do advisors need to know about this bipartisan act?

The Stretch is (mostly) Dead

The aspect of the bill that most will initially focus on is the death of stretch IRAs—a useful estate planning technique that lets a family extend IRA distributions over future generations—all while the IRA itself continues to grow tax free.

Basically, it works by naming a grandchild (or other very young person) as IRA beneficiary, rather than a spouse. Investors are required to take a minimum distribution (RMD) once they turn 70½ (more on this later), and any money in the IRA that’s left to heirs is also required to be withdrawn within a certain time frame. However, RMDs are calculated based on life expectancy, so a very young beneficiary could reset them at a much lower rate—greatly extending the amount of time the IRA has to grow before it’s completely drawn down.

The SECURE act features a provision that largely kills the stretch by requiring that most beneficiaries completely empty the account within 10 years of the date of death, instead of being able to set the rate so low that they could potentially spread the distributions out over a lifetime or more.

However, it’s important to note that there are a whole class of “eligible beneficiaries” that aren’t subject to this 10-year rule: surviving spouses, the chronically ill, the disabled, minor children and any beneficiary not more than 10 years younger than the decedent. All of these groups are still allowed to take RMDs based on life expectancy—and before you say anything, no you can’t just leave everything to minor children, the 10-year rule will kick in for them on their reaching the age of majority.

Additionally, while the new paradigm will greatly accelerate tax collection and largely remove the stretch IRA from the estate planning lexicon, it notably removes the requirement to take RMDs during the 10-year period. The only thing that matters is that the account be completely emptied within that period, there are no requirements as to how it has to be done otherwise. So, there is still room for clever planners to carve out value for specific beneficiaries.

NOTE: These new rules will only apply to IRAs inherited after the Jan. 1, 2020 effective date. Existing inherited IRAs are grandfathered in and still follow the old rules.

On the brighter side, the act will raise the age at which retirees must begin taking RMDs from the awkward to 70½ to the more manageable 72, which both makes life easier for those keeping track and allows a few more years of growth before RMDs kick in.

This change also allows for certain client to benefit from a longer “gap” period. Many look to take advantage of the low-income years between retirement and when RMDs begin—the gap. One very popular technique is to accelerate income from their IRAs to build up their Roth IRA balance via Roth conversions. Once RMDs begin though, that strategy becomes far less effective because the RMDs can’t be converted.

Additionally, the act repeals the age limitation on making traditional IRA contributions. Previously, the maximum age for contributions was set at that same 70½. So, those working into their 70s and beyond can continue contributing to their IRAs, even if they’re simultaneously required to begin drawing them down.

The Act also would permit certain individuals to take penalty-free withdrawals of up to $5,000 from their qualified defined contribution, 403(b) and governmental 457(b) plans and IRAs for expenses related to the birth or adoption of a child, for up to one year following the birth or legal adoption.

There’s far more to SECURE than we can properly cover in a single column, but we’ve tried to highlight some of the issues that advisors will most commonly face.

Some of the other highlights include: