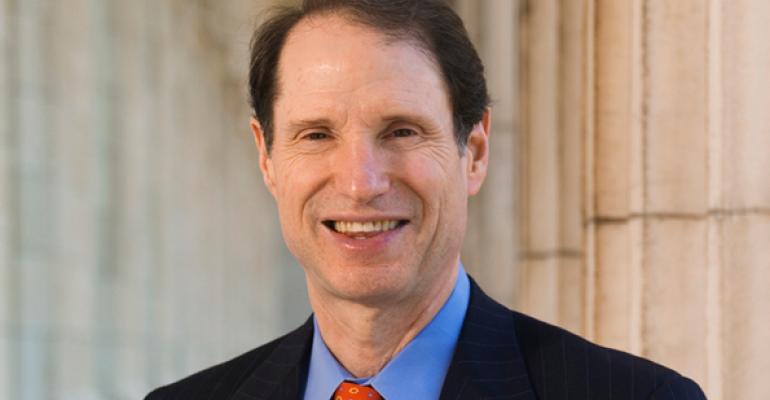 Last night the Senate Finance Committee officially named Sen. Ron Wyden (D-Ore.) as its new chair, replacing Max Baucus, who was appointed ambassador to China. And while there hasn’t been comprehensive tax reform legislation since 1986, Wyden has said that tax reform is a priority in his new seat. Previously, Wyden served as chairman of the Senate Energy and National Resources Committee.

“Tax reform legislation will be the highest priority for Chairman Wyden and the Senate Finance Committee,” said David Tittsworth, executive director and executive vice president of the Investment Adviser Association. “While no comprehensive tax reform legislation has been enacted since 1986, I would not be surprised if he is able to make progress on these very difficult issues.”

And that could be a good thing for advisors, said Duane Thompson, senior policy analyst for fi360 and president and founder of Potomac Strategies.

One of his first priorities will be extending certain tax cuts that failed to pass at the end of last year, Thompson said. Congress has until the end of this year to extend them. While there are 55 deductions total, he may only push for a few; he has said publicly that he plans to focus on those related to renewable energy and research and development.

But Congress tends to wait until the 11th hour to pass extenders, and there may not be much of a stomach for confrontation in this Congress, Thompson added.  Republicans are more concerned with how you would offset the decrease in revenue if deductions were extended.

“The question is whether they’ll be able to compromise.”

IAA’s Tittsworth, who worked with Wyden when he was a member of the House Energy and Commerce Committee, said the Senator has proven his willingness to work across the aisle.

Retirement savings is also a focus for Wyden. He has called for a new savings account structure for all U.S.-born children. The account could grow tax-free, and help pay for higher education, home or retirement.

Sen. Tom Harkin, chairman of the Senate Health, Education, Labor and Pensions Committee, introduced a bill in January that would create a new type of privately-run retirement plan for those who don’t have an employer plan.

“Some key Democrats on the Senate side have been trying to rethink the whole idea of how to save for retirement,” Thompson said.

“There are some folks on the Hill, more Democrats than Republicans, who are dissatisfied with self-directed accounts because people still don’t understand how to save.”