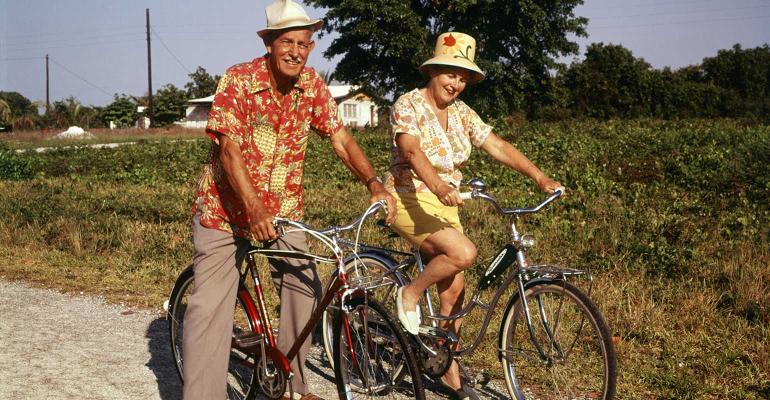 US Falls to 18th Place in Global Retirement Ranking

(Bloomberg) -- Americans are losing ground against residents of other countries in what’s shaping up globally to be “one of the worst years to retire in recent memory,” according to a new retirement ranking.

The US fell to 18th on the Natixis Investment Managers Annual Global Retirement Index, down one spot from last year. Income equality — where the US had the seventh-lowest ranking among the 44 countries in the index — was one of the reasons for the country’s low score, along with government debt and tax pressure.

Read more: Americans' $7 Trillion Retirement Crisis Is Only Getting Worse

Norway was the best-positioned country on the list, rising from third last year, thanks in part to its five-year average for interest rates turning positive in 2022. It was followed by Switzerland, Iceland, Ireland and Australia in the the top five. The UK ranked 19th, down one spot from the prior year.

Pay-as-you-go systems like Social Security in the US rely on a balance between the number of younger workers paying into the system and the retiree population drawing benefits. But the older population is swelling and skewing that balance. People over 65 made up about 14% of the population in 1950, 28.4% in 2020 and will make up a projected 40.4% by 2050, according to the report.

Natixis worked with CoreData Research to rank countries on 18 metrics that cover finances in retirement, material wellbeing, health and quality of life.