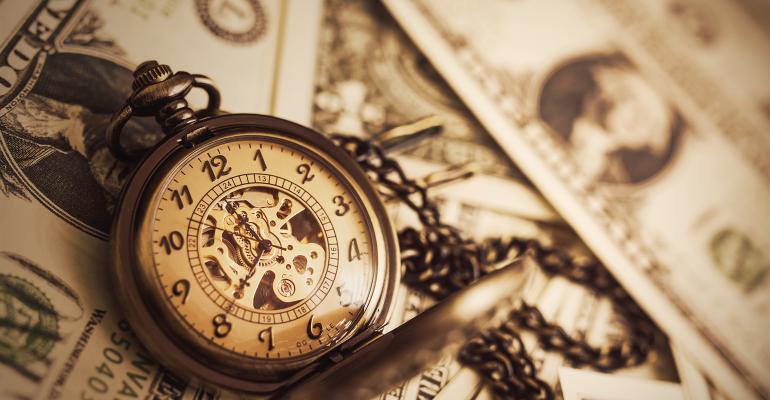 The challenge is to simplify the complicated assumptions.

The goal is to shift participants’ focus from dollar balances to replacement income percentages. As this shift gains momentum, advisors and consultants should understand retirement income models; otherwise, they risk relying on black box calculations.

Knowing What You Don’t Know

Forecast reliability of factors like plan balances and Social Security benefits improve as participants near retirement, but some variables remain uncertain. The Congressional Budget Office discussed this issue in a recent report about retirement income-modeling, “Measuring the Adequacy of Retirement Income: A Primer.”

The report reviews the range of approaches used to define retirement income adequacy and notes that assumptions for variables, like investment returns, longevity, health and long-term care costs, influence outcomes: “For example, when projecting retirement income for future retirees, researchers could base their analyses on the average rates of return or they could also consider rates of return at the lower end or the higher end of the possible outcomes. Similarly, instead of using average life expectancy or health care costs, they could vary the projections about how long workers would live and what their health expenses would be, thus quantifying the effects of the unexpectedly small or large costs.”

According to Joleen Workman, vice president, retirement and income solutions with the Principal Financial Group in Des Moines, Iowa, the firm’s retirement income model starts by pulling in the available financial data for a participant, such as age, salary and plan account balances. “We include automatically any retirement money saved with Principal,” she explains. “For example, it could be another defined contribution plan, defined benefit, ESOP, a nonqualified plan. We would bring those values into our calculation along with a Social Security estimate.”

The Social Security benefit projection is based on normal retirement age and post-retirement spending levels are assumed to be 70 to 85 percent of pre-retirement costs. Participants can modify some inputs, Workman says, but other variables are provided by Principal’s corporate common assumptions team in the form of single-point estimates. The common assumptions team produces estimates for asset returns, inflation and life expectancy, among other factors, that are used firmwide.

Most participants aren’t interested in the forecasts’ derivations, so the challenge is to simplify the complicated assumptions, says Workman. That simplification effort results in a retirement wellness score. Participants can use on-screen tools to modify assumptions and immediately see the projected impact. “We found the more we can simplify through interactive visual tools, the more likely individuals are to take action,” she adds.

Sunnyvale, Calif.-based Financial Engines works with a number of the largest plan recordkeepers and plan sponsors, says Wei Hu, vice president of financial research. Those arrangements provide employee data, including balances and participants’ retirement plan holdings. “We will also have learned about their employer’s matching scheme, so we will be able to project not only the employee contributions, but also the employer contributions,” says Hu. “We also start with an assumed retirement age of 65, but they can tell us if they plan to retire at a different age. ... If they don’t tell us anything, we would suggest a target replacement ratio, but they can customize that based on either a target replacement ratio of their own, or a bottoms-up estimate from budgeting tools that we also provide online, or with the help of an advisor.”

Participants can add information about other assets, such as spouses’ employer-sponsored plans and individual retirement accounts. Financial Engines has modeled close to 40,000 different investments that a person might hold in either a 401(k) or retail brokerage account and uses those models for its projections. “Then we can forecast the growth of their assets, whether it’s their own allocations that they start out with, or we can forecast what we would advise them to do over time, and come up with a projection for how much they might have at retirement, or into retirement,” says Hu.

Financial Engines runs Monte Carlo simulations to generate a range of potential investment performances, including down markets. The simulation inputs are forward-looking, not just statistical measures of past events, Hu explains: “We’re relying on decades of financial market history to help inform our forward-looking estimates, but we’re also imposing some discipline on the expectations to make sure that ... we’re not out of step with what financial markets have told us, we’re not out of step with financial theory, as well as consensus expectations of what asset classes might produce over the long term.”