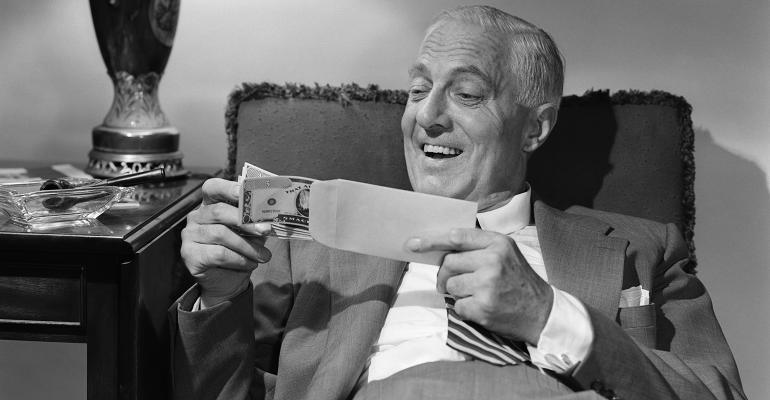 Living longer is a blessing, as long as your clients can afford it.

Are you thinking realistically about your clients’ longevity — and just as important, are they?

Most people think they will make it to the actuarial averages. Among today’s workers, 60 percent say they are “very or somewhat likely” to live to age 85 although just 22 percent feel they are “very likely” to do so, according to the Employee Benefit Research Institute’s recently-published 2017 Retirement Confidence Survey.

That’s fairly accurate if you focus only on averages. The latest data from the Society of Actuaries tells us that for men who live to age 65, average mortality is 86.6 years and for women it’s 88.8.

Planners should be talking with clients about these numbers, with an eye toward mitigating longevity risk — the risk of outliving resources.

Even households with relatively large portfolios face significant longevity risk. For a recent column in The New York Times, I worked with Joe Tomlinson, a financial planner and actuary based in Greenville, Maine, who has done extensive research on retirement planning.

Joe created a custom projection illustrating the challenges of managing longevity risk with savings alone. Using Monte Carlo analysis, we illustrated the case of a hypothetical couple with a sizable $1 million nest egg to show that even fairly affluent households run the risk of retirement plan failure — a forced, sharp cut in living standards when savings are exhausted — due to longevity.

Living off the savings and filing for Social Security at age 65, our hypothetical couple ran a 47 percent chance of plan failure with a $168,000 shortfall in resources.

The longevity challenge is most daunting for women, and not only because of their greater lifespans.

The continuing gender pay gap translates into lower resources in retirement. A woman who works full time over a 40-year period loses $435,480 in lifetime income compared to a man, according to the National Women’s Law Center, a nonprofit legal and advocacy group. Put another way, the typical woman needs to work 11 years longer than the typical man to achieve accumulated income parity.

That translates to Social Security benefits for women that average roughly 20 percent below what men receive, according to Social Security Administration data. Likewise, a study on women and retirement security (based on U.S. Census data) by the National Institute on Retirement Security found that men receiving defined benefit pensions received $17,856 in median income in 2010, compared with $12,000 for women.

One bit of good news is that women already understand the challenges. EBRI’s study found that women were more likely to predict that they would reach advanced ages than men: for example, 31 percent said they are “very or somewhat likely” to live to age 95, compared with just 24 percent of men.

Moreover, women are working longer. Labor force participation among women ages 55 to 64 hit 61 percent in 2010, up from 53 percent in 2000, according to research by the National Institute on Retirement Security (NIRS). That should be a plus over time, as women build greater Social Security credits, savings and pension benefits.

For financial planners, getting clients to think beyond the longevity averages is a good starting point. Advisors should start by running calculations for clients using the Actuaries Longevity Illustrator, which will suggest a range of possible outcomes based on very simple inputs: age, gender, whether they smoke and how they assess their general health.

A conversation about Social Security optimization should follow. By design, Social Security replaces less pre-retirement income for more affluent households — but it is still a significant income source. Vanguard research shows that Social Security accounts represent 28 percent of aggregate wealth of older households (age 60-79) with at least $100,000 in retirement savings. (Traditional pensions provide another 20 percent, and tax-deferred retirement accounts came in third among those who have them, at 11 percent.)

Couples should consider their options carefully. Should one spouse start benefits early, should both delay or should both file early? Most often, couples will be best off if the higher-benefit spouse delays filing to earn delayed credits. Higher-income people tend to live longer, so they stand to gain from delayed filing.

The big question is how to fund living expenses while waiting to claim. Working longer is a great solution, if possible. However, many people are overconfident about their abilities to work longer; the EBRI RCS has found repeatedly that a large percentage of retirees leave the workforce earlier than they planned. This year, 48 percent did so, citing reasons such as health problems, disability, downsizings or closures by employers and needing to care for an ailing spouse.

The RCS also finds people are too optimistic about the likelihood that they will work for pay in retirement — 79 percent of workers say they plan to do so, compared with just 29 percent of retirees who say they actually have done it.

Drawing down portfolio assets offers another way to meet living expenses while delaying a Social Security claim, and research suggests many couples will come out ahead in the long run.

Partial annuitization also merits consideration. As Tomlinson’s scenario shows, an income annuity offers a sure-fire way to bring the risk of plan failure to zero. Our hypothetical couple spent $298,000 on a SPIA at age 70 — less than 30 percent of the original $1 million portfolio — and still had $416,000 of liquidity remaining.

Finally, consider protecting against the risk of an outsized long-term care expense. Women are more likely to need care due to their greater longevity; the Center for Retirement Research at Boston College found that 58 percent of women will need care, as compared with 44 percent of men.

Commercial policies for a couple, both age 60, premiums are running from $2,000 to $3,800 annually, depending on the elimination period and inflation protection, according to the American Association for Long-Term Care Insurance. The other option is to self-fund long-term care risk. Actuaries suggest this requires setting aside $500,000 to $750,000 in resources for that purpose.

A final thought: We really need to come up with a better phrase for this topic than “longevity risk,” which sounds awfully negative. After all, living longer is a blessing, so long as the additional years are reasonably healthy.

Aging researcher S. Jay Olshansky and colleagues coined the phrase “longevity dividend” back in 2006 — a much more optimistic framing of the subject. The job for planners is to help clients determine how to fund the dividend.