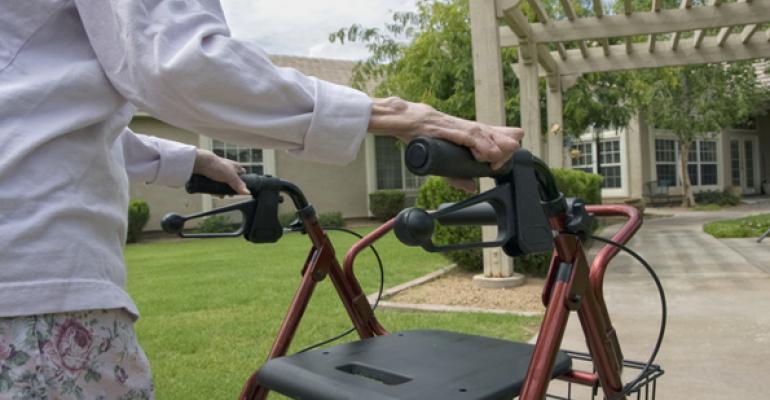 Help clients understand if the newer products are really better.

Although the above statements are true, does the analysis end there? Are the new hybrid LTC products really the no-brainer option over traditional LTC products? On closer analysis, this may not be the case.

Let’s assume a married couple, residents of Missouri and aged 61, both desire to purchase an LTC product. They’re both in preferred health. Their goal is to have at least $1 million in LTC protection each, available when they reach aged 90. Let’s look at three different options (and insurance companies) for insuring the couple (two hybrid and one traditional) and for simplicity, focus only on the husband’s policy, but with the typical spousal premium discounts built-in. There are also other available options that fall somewhere among these three, but these three choices will give the reader a good idea of how to analyze each available option.

The basic concept behind the Lincoln National Life Insurance Company “MoneyGuard” product is to make a deposit with the insurance company, either all at once or over up to 10 years and, in this case, choose a 3 percent compound inflation option. A $105,000 one-time initial deposit (or $129,500 payable over 10 years at $12,950 per year) will produce approximately $1 million in LTC protection at aged 90. The guaranteed death benefit amount if the policy isn’t used for LTC expenses is $134,500. Thus, if the policy is never used to pay LTC expenses, the insured’s family is guaranteed a return of $134,500. If the policy is used to pay LTC expenses, however, this “refund” amount is reduced, dollar for dollar.

All sounds good, but what’s the opportunity cost involved?

Assume that, instead, the insured chose to purchase a traditional LTC product, in this example, the Mutual of Omaha partnership program traditional LTC product, designed to produce at least $1 million in available LTC benefits at aged 90. This plan would cost the insured only $2,750 per year, and no initial deposit would be required. The benefit amount would be $90,000 per year, for five years, with a 3 percent compound inflation feature.

Under this traditional LTC policy approach, the insured could take the $105,000 that would have been deposited into the policy under the MoneyGuard hybrid approach, and instead purchase a $105,000, 3 percent, 30-year AAA Municipal bond that would throw off $3,150 annually in federal and state income tax-free interest, or any other investment projected to generate at least a 3 percent after-tax return. The insured could then use the tax-free interest to pay the annual $2,750 premium on the partnership program policy, with enough interest left over to eventually compound to approximately the $134,500 stated refund amount in the MoneyGuard policy.

Unlike the MoneyGuard hybrid LTC policy approach, using the traditional LTC policy approach effectively guarantees the insured’s family the return of the entire $105,000, regardless of whether any LTC expenses are actually incurred. Under the MoneyGuard hybrid approach, this amount is refundable only to the extent the insured doesn’t incur any LTC expenses. Also, under a traditional LTC insurance plan, the insured and/or the insured’s family potentially receives both the LTC benefits and the $105,000 (or eventually, $134,500), whereas under the MoneyGuard approach, it’s an either/or situation: the insured eventually receives the LTC benefits or the $134,500, never both.

Is it possible that what was originally thought to be the major advantage of the MoneyGuard form of hybrid LTC insurance policy, when compared against a traditional LTC policy, actually is its principal disadvantage?

This hybrid LTC insurance approach is actually more of a life insurance policy than anything else. For an additional premium, the insured retains the ability to accelerate all or any portion of the death benefit and use it to pay LTC expenses.

For an initial deposit of $282,000, $1 million of LTC benefits would be available for the insured at aged 90 on a non-guaranteed basis. Any portion of the $1 million death benefit under the policy that isn’t used to pay LTC expenses will be payable to the insured’s family at the insured’s death.

Probably the most significant disadvantage of this approach to paying LTC expenses is that the insured will typically be “robbing Peter to pay Paul.” For example, if the insured’s primary source of funds to pay the $282,000 premium is his individual retirement account, after federal and state income taxes the insured may need to liquidate as much as $500,000 of his IRA just to pay the $282,000 premium. This may be satisfactory if the focus is only on the insured’s LTC and the benefit his family will receive at his death, but what about the insured’s typical retirement living expenses?

Remember the alternative is to pay just $2,750 in annual premiums under a traditional LTC policy, until aged 90, or less than $50,000 on a present value basis (discounted at 3.5 percent). This leaves the balance of the insured’s IRA or other savings for typical retirement living expenses.

A partnership program form of traditional LTC insurance policy may qualify the insured to have a state’s Medicaid program pay all or a portion of the cost of LTC if the insured’s pool of LTC insurance money is exhausted. This benefit typically isn’t available with the hybrid forms of LTC insurance.