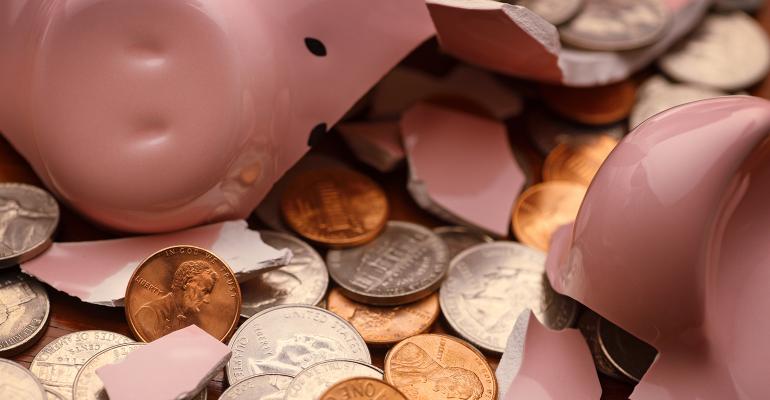 Three Tools to Save for a Child’s Eventual Retirement

A recently released report from the National Institute on Retirement Security found that two-thirds of working millennials (defined in the report as adults born between 1981 and 1991) had no retirement savings, and 95 percent weren’t saving enough to eventually retire comfortably.

Combine this news with the precarious financial stability of the Social Security program will mean your clients’ children and grandchildren may have their retirements delayed or denied. We’ll spend the next few columns discussing the ways your clients can help make sure that their beloved can retire comfortably, regardless of current ages and financial circumstances. This month we’ll cover what can be done to save for retirement for children who aren’t working yet.

The yields are probably better than you and your clients would guess. Series I bonds currently pay 2.52 percent on new bonds issued through October 2018. That rate is tied to the Consumer Price Index and can be adjusted every May 1 and Nov. 1. The interest is exempt from state income taxes and can either be declared and taxed each year or declared and taxed when the bonds are redeemed or reach maturity.

Technically, the bonds have a 30-year lifespan, but that doesn’t mean the money is necessarily locked up that long. It’s tough to get access to the bonds within the first 12 months of deposit. But after that there is only a penalty of three months’ worth of interest for early withdrawal until 5 years after the initial deposit, after which there’s no penalty to pull the money out.

Bonds purchased for the child in the parents’ name could be used, tax-free, for qualifying higher education expenses, assuming the family qualifies. But, since this is really about giving the child a leg up on retirement savings, the family should plan on holding the bonds for the entire 30 years. If the bonds pay a 3 percent hypothetical annual rate of return, the value at that time would be about 2.5 times the initial deposit. The child could then use the net proceeds to buy another 30-year savings bond or contribute to their own retirement plan.

Savings bonds can be purchased online by going to treasurydirect.gov. The minimum purchase is $25, and the maximum purchase allowed is $10,000 per person per calendar year.

Clients who like the tax-deferral offered by savings bonds but want more potential risk and reward should think about depositing funds in a variable annuity.

There is no earned income needed by the child for the deposit, and of course any earnings remain sheltered from taxation until the money is withdrawn. That combination of an early start with shielding earnings from taxes can mean big bucks for the eventual retirement.

Say your client makes one deposit of $5,000 in a tax-deferred variable annuity for a newborn baby girl today. If that money earns a 6 percent hypothetical rate of return, it would be worth over $220,000 by the time she turns 65. That’s $20,000 more than she would get if she made $5,000 deposits to the same type of account each year from aged 45 to 65 ($100,000 in total deposits). The tax-sheltering feature also means that parents (and the children, when they become adult owners of the annuity) don’t have to worry about the hassle of calculating, filing and paying any taxes on gains, at least while the money remains in the annuity. True, if she needs the money before turning 59½, any earnings withdrawn could be taxed as ordinary income, and hit with a 10 percent penalty. But, by definition, if she needs the money, she is likely to be in a low- or no-tax bracket anyway, and perhaps the taxes and penalties will prevent her from tapping the account before she is older and presumably wise enough to leave it alone until retirement.

For financial aid purposes, money in non-qualified annuities held by the children or the parents generally aren’t included in the federal Expected Family Contribution formula. But schools that use the alternative CSS Profile process may include the annuities in their formula, which may in turn reduce need-based financial aid.

Mutual Fund in the Kid’s Name

Some clients might be concerned about variable annuities’ usually higher fees and expenses, limited investment options, and lack of flexibility in using the money before the child turns 59½. They may prefer to just open an investment account in the kid’s name and purchase one or more mutual funds. Several companies have already established target date funds geared towards a 2065 retirement date (47 years from now), and often the minimum initial investment is as low as $1,000.

But a couple of caveats come with this seemingly simple idea. First, if the fund is held in the kid’s name, using their Social Security number in a custodial account, any distributions of income or capital gains could force the family to pay the onerous and annoying “kiddie tax” each year (see Topic 553 at www.irs.gov). Second, if the kid goes to college and applies for need-based financial aid, up to 20 percent of the custodial account’s value could be included in the EFC each year that the student applies for the financial aid. And last, but certainly not least, once the kid reaches the age of adulthood (18 to 21, depending on the state in which the custodial account is established), they can liquidate the account and spend the proceeds however they please.

Hopefully by that time, they will either be young enough to be concerned that making that withdrawal would displease the people who made the deposit in the first place or smart enough to realize that taking the money now means they may have to work well past the age of their parents or grandparents.

Kevin McKinley is principal/owner of McKinley Money LLC, an independent registered investment advisor. He is also the author of Make Your Kid a Millionaire.