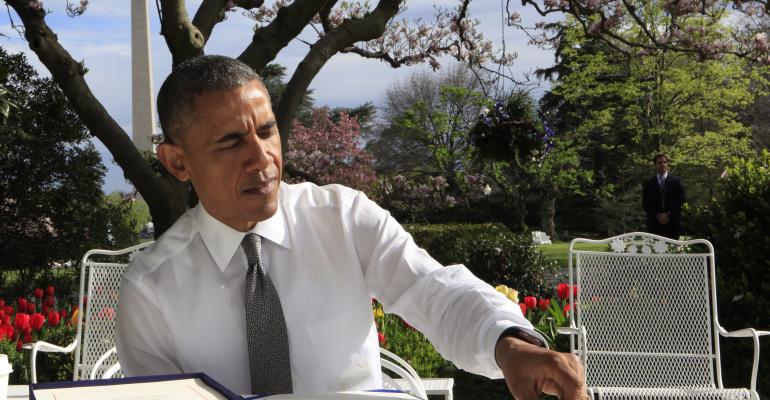 President Obama just signed into law the most significant reform to Medicare in years. The “doc fix” law achieves several important improvements to Medicare, but it’s likely to cost your clients money.

President Obama just signed into law the most significant reform to Medicare in years. The “doc fix” law achieves several important improvements to Medicare, but it’s likely to cost your clients money.

The law fixes a federal formula for paying physicians called the Sustainable Growth Rate (SGR). When the SGR became law in 1997, the intent was to keep growth in physician payments in line with the economy's overall growth. But it’s been a thorn in the side of doctors, who often have faced the prospect of draconian cuts. For example, absent this week’s legislation, payment rates would have been slashed 21 percent. The annual repairs came to be known in Washington as the “doc fix.”

The new legislation will incent doctors to provide high-quality, cost-effective care, rather than  rewarding them for the quantity of services provided. It also addresses growing concerns about Medicare beneficiaries’ access to physicians. The fear has been that doctors would simply get tired of the ongoing threat of reduced payments and stop accepting Medicare patients.

But Medicare beneficiaries will be exposed to higher costs in three ways.

High-income premium surcharges rise. Affluent Medicare enrollees already pay more for the program; individuals with modified adjusted gross income (MAGI) starting at $85,000 ($170,000 for joint filers) pay a higher share of the government's full cost of coverage in Medicare Part B and Part D for prescription drug coverage. This year, for example, seniors with incomes at or below $85,0000 pay $104.90 per month in Part B premiums, but higher-income seniors pay between $146.90 and $335.70.

First-dollar Medigap coverage phased out. Starting in 2020, supplemental Medigap plans will no longer cover the annual Part B deductible for new enrollees. That will mean changes for Medigap C and F plans, the two most popular choices and the only ones that cover Part B deductibles.

The goal is to give seniors more "skin in the game," which conservatives have long argued would lower costs by making patients think twice about using medical services if they know they must pay something for all services they use.

Higher Part B premiums for all. Under current law, enrollee premiums must cover 25 percent of Medicare Part B costs. Since the doc fix will increase overall program costs, there will be an impact spread across the entire base of Part B enrollees. Notably, the Congressional Budget Office (CBO) had already forecast that the Part B premium would soar from $104.09 this year to $171 in 2025 without the impact of the doc fix. The CBO says the legislation will tack another $10 onto Part B premiums in 2025, for a total of $181.