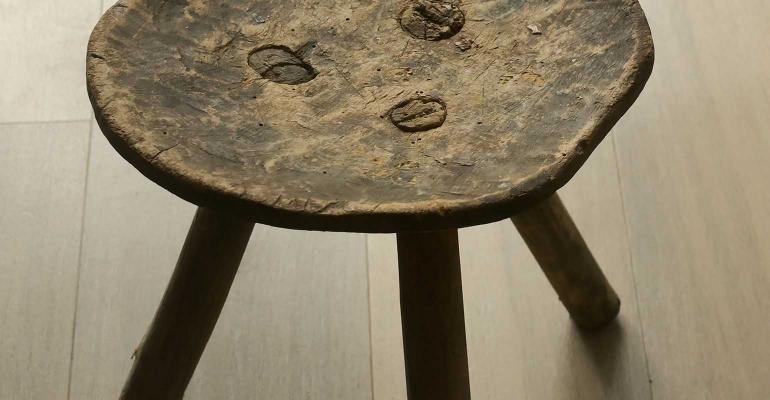 Should Social Security play a larger role in providing retirement income than it does today?

It’s a truism of retirement planning:

Social Security was always meant to be one leg of a three-legged stool supporting retirees. Those legs include Social Security benefits, private pensions and savings and investment.

The word “always” there implies that Social Security’s architects envisioned the program as part of the broader retirement security system. But is the truism true?

When Social Security was signed into law in 1935, private-sector pensions were rare, and there was no national system promoting retirement savings. And there’s no evidence in the historical record that President Franklin Roosevelt viewed the program in this way. The phrase “three-legged stool” seems to have been first used in 1949 by an insurance company executive whose company sold annuities that could supplement Social Security; and it caught on.

There is little doubt that Social Security benefits did not provide sufficient income to fund all of a retiree’s income needs - neither then nor now. Setting aside the history, this much is clear today: if we do have a three-legged stool, a couple of the legs are wobbling.

Defined benefit pensions largely have been phased out of the private sector. Only about half of private sector workers have access to retirement benefits of any kind, according to Federal Reserve data. In 2019, the median 401(k)/IRA balance for working households getting close to retirement (55-64) was $144,000. That median figure includes only the households who had a plan, and it obscures the much lower figure among lower-income households, people of color and women.

Meanwhile, Social Security benefits fall short of what it takes to meet basic living needs for millions of seniors.

Social Security grabbed the headlines this fall with news that the program will award a historic 8.7% cost-of-living adjustment (COLA) in 2023 - a reflection of the current high rate of inflation. A big raise like that might suggest that beneficiaries are in great shape. But keep in mind that Social Security replaces 40% of preretirement income, on average. The planning rule of thumb states that most retirees will need to replace 70% or more to maintain their standard of living in retirement.

The Elder Index, which measures the cost of living for older Americans, shows that the average benefit covers just 68% of basic living expenses (housing, food, transportation and health care) for a single renter in 2021, and 81% for an older couple.

Social Security, along with Medicare, reduced poverty rates for seniors profoundly during the second half of the last century. In 1966, 28.5% of Americans aged 65 and older had family incomes below the federal threshold of poverty; by 2019, the poverty rate among the aged population had dropped to 8.9%. That is a stunning public policy achievement—it has helped millions live independently and with financial security.

But the U.S. Census Bureau reported recently that the rate of poverty actually has increased recently among older Americans, despite improvement among all other age groups. The poverty rate among Americans 65 and older rose to 10.3% in 2021 from 8.9% in 2020.

“What we see is that the typical Social Security benefit falls short by about $1,000 a month of what a senior really needs to achieve basic economic security,” says Ramsey Alwin, CEO of the National Council on Aging. “The purchasing power of Social Security has been eroded, and we haven't had a robust conversation about what it truly takes to age in America and the cost of doing so. It’s time to have those conversations and look at the income adequacy in retirement.”

Against that backdrop, the three-legged stool analogy takes off the table this important question: should Social Security play a larger role in providing retirement income than it does today, especially for middle- and lower-income households?

Many have some savings and assets to meet living expenses, but not enough to cover a major, unexpected financial expense, such as a large medical bill, a long-term care need or a major home repair.

Social Security is especially vital for women, who tend to outlive men but also earn less income, generating lower levels of retirement assets. It is also critical for people of color and others who have faced disadvantages in the workplace. These are groups that are less likely to have jobs with retirement benefits, and they have lower earnings that leave them less able to save. And, they are more likely to see interruptions in their working lives to provide care for children or disabled family members, which cuts further into their available resources in retirement.

Whenever Congress does address Social Security reform, the first priority will be addressing the program’s long-term financial imbalance. The combined retirement and disability trust funds are forecast to be exhausted in 2035; at that point, they would be able to pay only 80% of promised benefits. But a second important goal should be expansion of benefits to replace a much higher percentage of preretirement income.