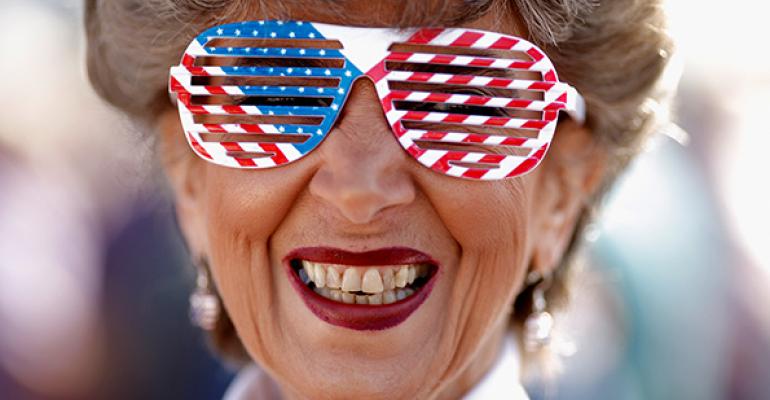 (Bloomberg) -- Retirement savers are upping their game: A record 13.6 percent of 401(k) participants raised their savings rate during the first quarter this year. Overall, employee contributions, combined with employer matching funds and profit sharing, rose 12.7 percent to reach another record.

Not only are savings rates up, but more people are saving in both a 401(k) and an Individual Retirement Account. That’s according to Fidelity Investments’ first-quarter analysis of the accounts of 13.9 million retirement savers, with assets of $1.2 trillion, in the employer savings plans it administers.

Fidelity isn't unique in seeing a rise in saving. A recent Gallup poll found that two out of three Americans would rather save than spend. The gap between the two camps is at its widest since 2001, when Gallup first asked the question, the report found.

Fidelity's universe of double-barreled savers is up 7 percent from a year ago, to 1.3 million people, with an average contribution of $11,600, up $300. The accounts of employees who've been in their company's 401(k) plan for a decade are looking particularly good. The average balance is $240,700, up 2 percent from a year ago. It's hardly a great return, but it beats a money market and beats back inflation. For younger, still long-term, savers between the ages of 35 and 39, balances are also decent—an average of $131,000.

That's encouraging, said Katie Taylor, a director of thought leadership focused on workplace retirement plans at Fidelity. The company's rule of thumb is that those in their late thirties need two to three times their salary in a 401(k). "For many people, $131,000 could be right in that wheelhouse,” said Taylor.

What the fund giant didn't find: a lot of portfolio shuffling in the wake of January's volatility. The percent of exchanges—when someone shifts allocations within a 401(k)—rose to 4.8 percent, from 4.5 percent. The average equity allocation inched down to 52.6 percent, from 53.6 percent.

That kind of inertia can be good if a saver has the right asset allocation. It bodes well for millennials, many of whom are auto-enrolled into target-date funds in 401(k) plans. Sixty-three percent of millennials in plans tracked by Fidelity are in target-date funds.

The performance isn't as bad as it seems, however. Some of the 5 percent drop is simply because of 400,000 new 401(k) accounts at Fidelity, said Taylor: "If those people are just starting out or were just re-enrolled, and the balance is zero or is very low, it can affect the average."