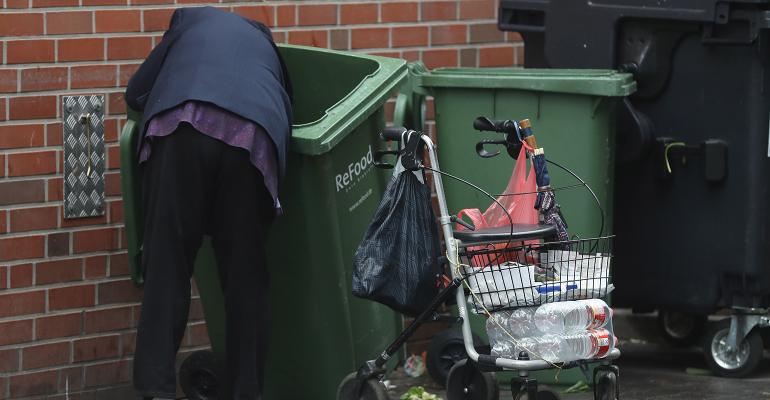 Taking on the Ugliest Trend in Retirement

A surge in bankruptcy filings by seniors.

For years now, wealth managers have been on the front lines of an emerging national problem as relates to retirement funding for baby boomers. Disappearing corporate pensions, insufficient personal savings, growing healthcare costs and the financial shock of the Great Recession have come together to form a witche’s brew for new retirees.

The result of all those developments now appears to have manifested itself in the ugliest trend that none of us wanted to see but many of us feared was possible: We’re experiencing a bankruptcy boom among older Americans.

In their recently published research report, “Graying of U.S. Bankruptcy: Fallout from Life in a Risk Society,” professors from four major U.S. universities introduce disturbing data indicating that the rate of individuals aged 65 and older filing for bankruptcy has nearly tripled since 1991. For Americans aged 75 and older, the increase since 1991 was nearly 10 times.

“In our data, older Americans report they are struggling with increased financial risks, namely inadequate income and unmanageable costs of health care, as they try to deal with reductions to their social safety net,” wrote the researchers. “As a result of these increased financial burdens, the median senior bankruptcy filer enters bankruptcy with negative wealth of $17,390, as compared to more than $250,000 for their non-bankrupt peers. For an increasing number of older Americans, their golden years are fraught with economic risks, the result of which is often bankruptcy.”

The study suggests that the surge in senior bankruptcy filings has been fueled by a shift in who bears responsibility for financing retirement. Historically, this was largely provided by employers and governments agencies through pensions and guaranteed retirement income benefits, but individuals are now on their own more than at any time in decades.

These new findings are consistent with research published by professors from Stanford University that documented how Americans approaching retirement back in 2008 were the hardest hit demographic group during the financial crisis.

Of course, many wealth management professionals saw this potential development coming a decade ago, as we saw large numbers of employers phase out their pension plans and replace them with self-directed retirement accounts such as 401(k) plans. This sea change in the way Americans fund their retirements effectively transferred the responsibility of providing lifetime income from employers to workers. That suggests the financial safety net for seniors is only going to get more fragile in the years to come.

But what’s distressing to many financial advisors is the stark reality that the impact of these concurrent economic trends is being felt now. It seems clear that when retirement costs are transferred onto an older population that doesn’t have access to sufficient financial resources, one recourse is to seek refuge in the bankruptcy courts. Sadly, by the time a senior files for bankruptcy, his wealth has evaporated and he just doesn’t have enough time or energy to get back on sound financial footing.

Wealth managers and other trusted financial advisors have a unique opportunity to help their clients get in front of a problem before it leads them down the road to financial ruin. One key way for you to help these vulnerable clients is to evaluate all potential assets available to them, including the less-obvious and illiquid assets they might not even realize have potential cash value.

An increasingly popular option that wealth managers are exploring for their clients is an old life insurance policy that has been sitting in a drawer for years. Life insurance is private property that has value, just like a house or a car. If you have a client who no longer needs or can afford the premiums on their life insurance policy, they may want to think about whether it makes sense to keep it or liquidate that asset now and use the proceeds from the transaction to fund their retirement and perhaps even stave off insolvency. Any qualified life settlement professional will be happy to review your client’s policy and provide you with a preliminary idea of whether your client might be able to sell the asset for an immediate cash payment.

The latest body of research provides sad evidence of an ugly trend that many wealth managers saw coming. The bankruptcy boom among older Americans is here now—and is likely going to get worse before it gets better—so even many retirees who felt secure about their estates are now feeling less secure. A thorough inventory of available assets is a great starting point for helping them avoid the fate of their fellow retirees who found themselves in line at a courthouse where they never thought they would be.

Darwin Bayston is president and chief executive officer of the Life Insurance Settlement Association, the nation’s oldest and largest professional association of life settlement professionals, which educates consumers and advisors about a life settlement as an alternative to a lapse or surrender of a life insurance policy.