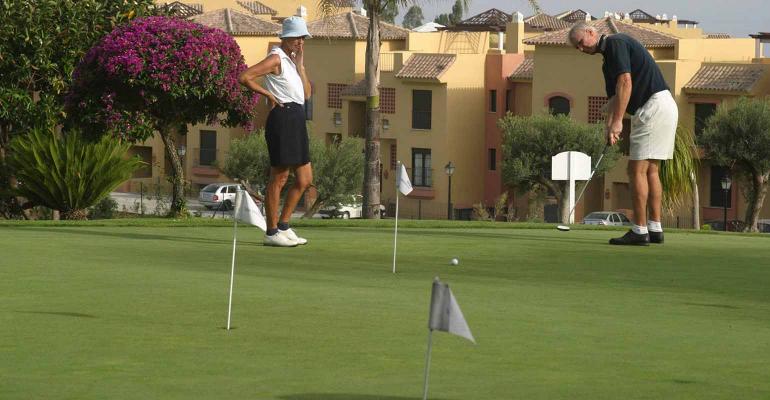 Survival Tips for Retiring When Stocks Sink and Inflation Is High

(Bloomberg) -- For anyone who’s retired or nearing retirement, sinking stocks, rising inflation and the prospect of a recession can be a nightmare economic brew.

There are, however, a number of ways savers can try to boost income and work to protect nest eggs to ensure they last as long as possible. It rarely pays to make panic moves in a portfolio, so it’s a smart idea to explore your options before you’re forced to act.

Financial planner Jon Ulin, of Ulin Wealth, sees many clients taking precautionary measures now, such as boosting cash reserves to cover at least 12 months of income, cutting back on household expenses and pushing off large purchases.

The bear market in stocks has Rebecca Bigler, who retired in 2018 at age 55, postponing her plans to buy a home in Minnesota. Assembling a down payment would mean the former college professor at the University of Texas at Austin would have to liquidate some stocks in her 401(k) — not an attractive proposition when her portfolio is shrinking.

“I’ll rent for a while and wait on the market until it makes some recovery,” she said.

While the common wisdom is to have enough savings to cover at least three to six months of expenditures, the prospect of a recession argues for adding more to a rainy day fund, if possible. Some planners recommend holding one to two years in relatively liquid savings for people who are nearing retirement, with some of that in money market funds or in high-yield savings accounts, where returns are rising along with interest rates.

Read more: The Key to Surviving a Bear Market Is Managing Your Emotions

It’s an old rule of thumb that retirees can safely withdraw 4% of their portfolio’s value each year and not risk running out of money late in life.

When a portfolio has taken a big hit, though, withdrawing money may mean selling stocks into a down market, and if that pattern continues for a long stretch, it’s very hard for a portfolio to recover. Even if future returns are above average, there is less money left in the portfolio to take part in that recovery.

Not everyone is able to lower their withdrawal rates, however. Craig Ferrantino of Craig James Financial sees some clients who had planned to withdraw about 4% annually pushing that into the 6% or 6.5% range.

“My hope is that this is temporary, but irrespective of that, damage to principal will be done,” he said. To lessen the damage, retirees may pull out less than 4% in future years when the market is strong.

To try and ensure a comfortable retirement, some wannabe early retirees are working for a few more years.

Curtis Elsitty, a 53-year-old driver for UPS, is thinking about that. He has seen his retirement fund drop from $385,000 to about $330,000 this year. He’d planned on retiring at 55, but if the economic downturn continues, he may push that back, he said.

Elsitty doesn’t doubt that the stock market will eventually recover. He views the recent downdraft as a buying opportunity and plans on contributing 3% more of his paycheck to his 401(k) plan. “My worry is when the market will come back,” he said. “Now that we’re trying to figure out when we can quit working, we’re not sure.”

Rethink When to Claim Social Security

One way to boost income is to claim Social Security sooner, but it comes with a big cost.

Ferrantino has clients who planned to wait until age 70 but who may now end up claiming earlier. Waiting until 70 can be smart if you can swing it, since for every year above full retirement age (that’s 66 or 67, depending when you were born) up until 70, future monthly benefits increase 8%. That means that if your retirement age is 66 and you wait until 70 to claim, you end up with 132% of the monthly benefit.

Clients who claim Social Security earlier than planned and come to regret it may be able to get a do-over.

If you file for Social Security benefits but decide within a year that it was a mistake, you can file a “request for withdrawal of application.” If approved, you have to return the full amount you received in one lump sum, and wait to claim higher benefits later. You can only do that once in a lifetime.

Add a Side Hustle

Financial planner Nicole Sullivan, co-founder of Prism Planning Partners, sees inflation fears leading more of her clients to keep a toe in the working world. “We’ve seen some teachers retire from a school but continue with part-time teaching/tutoring to supplement retirement income,” she said.

Jon Ulin has clients who are slightly behind the curve with savings, but who retired anyway, and are now working side-hustles in their early 60s, he said. Some have created their own companies, while a few are doing handyman repairs, driving for Uber or working for local non-profits — not necessarily because they need the money to live on, but because they don’t want to sell stocks into a down market.

--With assistance from Paulina Cachero.