/sites/all/themes/penton_subtheme_wealthmanagement/images/logos/footer.png
Recent
Recent
Why the Shift to a Longer-Term ‘Business Owner’ Mentality Is Driving Movement
May 27, 2022
NYC Luxury Theft Boss Planned Own ‘Department Store,’ City Says
May 26, 2022
Seven Must Reads for the CRE Industry Today (May 27, 2022)
May 26, 2022
What’s the State of the Capital Markets for Cannabis Real Estate?
May 26, 2022
Featured
The 10 Best and 10 Worst States in Which to Retire in 2021
Jul 15, 2021
Poll: 15 Classic Books on Investing and the Markets
Apr 03, 2020
Fifteen Must-Listen Business Podcasts for Advisors
Aug 14, 2020
Celebrity Estates: Jay Leno and Planning for Classic Car Collections
Feb 22, 2022
Longevity Lifestyle Preparation
brought to you by 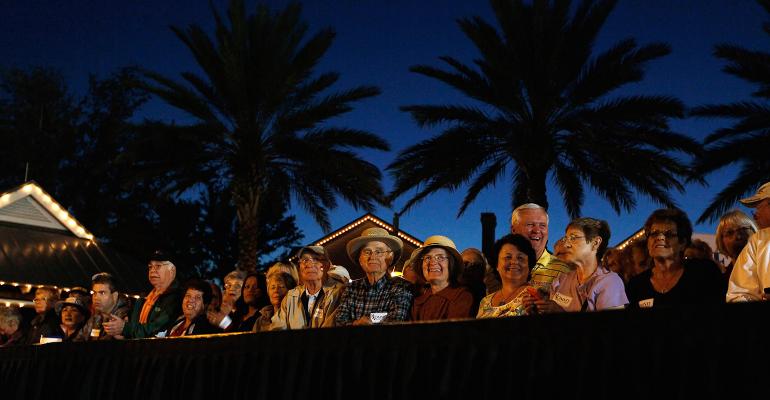 Almost 600,000 Americans moved from the Midwest and Northeast to the Sun Belt states last year, the most since 2005.

(Bloomberg) --Susan Gifford moved last August from Rome, New York, to Garden City, South Carolina, where she lives in a home two miles from the beach. “The weather was the motivating factor, getting away from winter,” the 67-year-old retired teacher said.

Almost 600,000 Americans moved from the Midwest and Northeast to the Sun Belt states last year, the most since 2005, according to Brookings Institution demographer William Frey. Migration is boosting growth along Southeast and Western coasts as well as Nevada and Arizona, reflecting a healthier national economy that has made it easier to re-locate.

Retirement centers Myrtle Beach, South Carolina, and The Villages near Orlando were the fastest growing metro areas in the U.S. in the year ended July 1, while a flow of younger workers have led to employment booms in Florida, Georgia and Nevada, all growing at almost twice the rate of the nation.

“There’s been a renewed push of people moving to the Sun Belt,” said IHS Markit economist Karl Kuykendall. “The 2009 recession slowed it down because of the housing slump and severely hurt resident mobility. More people are back to moving south and west for better jobs, and there is retiree migration as well.” Sun Belt migration fell by almost half between 2005 and 2010 as aging baby boomers delayed retirement in the wake of both plunging home prices and stocks, and the “sand states” suffered from record foreclosures. Moreover, fewer job opportunities in the wake of the most severe recession since the 1930s prompted fewer job-related moves.

“Think of the recession as freezing people in place -- now that is thawing,” said Kenneth Johnson, senior demographer and public policy professor at the University of New Hampshire. “States with histories of slow growth due to large domestic migration losses -- which did better during the recession -- are starting to see less growth again.” The Myrtle Beach Area Chamber of Commerce promotes tourism in about 50 travel and trade shows each year, and the visits now invite relocation as well, said Brad Dean, its president. Recent pitches were in Scranton, Pennsylvania, as well as Pittsburgh and Columbus, Ohio.

“We hear people say, ‘When I can sell this home I am moving down south,’” he said. “There is clearly a base of people ready to make a change. We are not surprised by this steady growth. Our message is always well received.”

Gifford said she had vacationed for years in South Carolina, and moved after selling her house in New York. She goes to the beach three or four days a week.

“It is sunny 75 percent of the time and the beaches are beautiful,” she said. “There are more things to do than in central New York. Nothing ventured, nothing gained.”

Mobility of Americans represents part of the nation’s dynamism, and low migration has concerned economists because it tends to hurt the labor market’s ability to function. Even with the Sun Belt pickup, overall interstate moves are half the level of 1990, according to the Population Reference Bureau in Washington.

Demographers say the pickup in the Southeast and West likely represents the start of a broader mobility.

“The uptick has to do with a return of the job and housing markets,” Frey said. “Now young adult millennials are starting to make their way to rapidly growing regions where employment is plentiful.”

In metro Atlanta, employment rose 3.9 percent in the year ended March, the largest increase on record, according to the Georgia Department of Labor. The February rise was the most among the largest U.S. cities. Jobs in Georgia and Florida both rose 3 percent. “We seem to be in the midst of broad-based job creation,” said Thomas Cunningham, a former Atlanta Fed economist who now is chief economist for the Metro Atlanta Chamber of Commerce. Technology jobs in midtown are booming, he said. Labor force growth is “consistent with migration getting back to prerecession levels.”

For cities competing for skilled workers, luring migrants is key to competitiveness.

The Atlanta chamber started a campaign called ChooseATL which promotes the city’s livability to millennials, born between 1981 and 2000, through digital marketing and social media like Instagram. Some marketing is targeted to those attending college graduations, said Kate Atwood, who heads the campaign.

“Companies want to be where the talent is,” she said. “We need to be sure we have the young people to fill these jobs.”

Kasia Galazka, 31, got hired in December for a marketing job in Atlanta by MailChimp, an email marketing company that started in 2001. Having moved from Omaha, Nebraska, she said she likes Atlanta’s “big city” feel, with lots of new restaurants, as well as low costs.

“I jumped at the idea because this is a place I can see my career growing,” she said, and higher pay and better benefits will allow her to shop for a house. “You can actually own a home here. You are not hemorrhaging money just to live.”