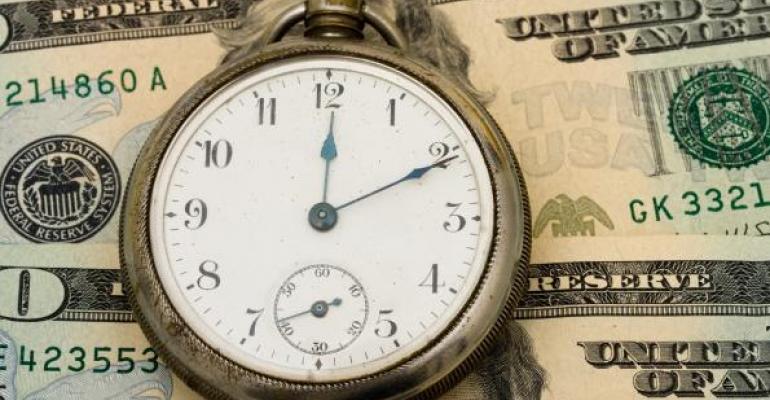 To paraphrase Isaac Newton, “A 401(k) account at rest tends to stay at rest.” For example, a 30-year-old plan participant might be 100 percent invested in the plan’s money market fund because that’s what she chose when she joined the firm five years ago, although she fully intended to research the plan’s growth fund options eventually. A 63-year-old’s entire nest egg is invested in the plan’s most aggressive equity funds because that’s the allocation he set 20 years ago. He’s been meaning to revisit that mix, but the funds have been doing well so what’s the rush?

Although re-enrollments are becoming more prevalent, Defined Contribution Institutional Investment Association, or DCIIA reported that only 15 percent of plans with over $200 million in assets had gone through the process. Nonetheless, advisors view re-enrollment as a best practice for their clients and are expressing interest, says Shelby George, senior vice president of advisor services with Manning & Napier in Rochester, New York.

Re-enrollment is particularly valuable for older employees because this cohort’s shorter remaining careers increases the value of professional asset management, George asserts. “You really want your older workers to benefit from a professionally managed solution to narrow the range of investment outcomes and to be able to benefit with active risk management, especially in today’s environment of low interest rates, slow growth,” George says. “It becomes critical to have a professionally managed solution that can navigate those risks in the environment.”

But It’s My Money

Some participants—perhaps a majority, depending on a plan’s demographics—have put their allocations on autopilot. But others, such as active investors, are likely to be satisfied with their current selections and will resent being forced to make the re-enrollment decisions. “Plan sponsors are really hesitant to override participants’ decisions,” says Pagliaro. “They are concerned about negative backlash like, ‘Why did you do this to me? I was perfectly happy where I was.’”

Vanguard’s research into participants’ attitudes after re-enrollment indicates that only a small minority opt out. Re-enrollment also improves participants’ investment allocations in the sense of making them more age-appropriate. A Vanguard Research study co-authored by Pagliaro and published in February 2016 examined the period after a large plan transferred its recordkeeping service to Vanguard in December 2014 and conducted a re-enrollment. Among the major findings:

Asset allocation: After re-enrollment, 94 percent of all participants held a position in the default target date series, and that series captured 74 percent of plan assets. Participant risk profiles became more age-appropriate, reflecting the target date glide path. The number of participants with extreme equity allocations was reduced from 23 percent to 7 percent.

De-couple re-enrollment from initial enrollments and increasing savings rates. An employer might be tempted to do everything at once, but these are different activities, she cautions. Trying to accomplish both within the same period is not necessarily the best strategy.

Use a 30-day window. The plan must notify participants about the change and give them an opt-out date; Pagliaro recommends using a 30-day period. “Anything more than that you tend to create administrative headaches for yourself,” she maintains. “Anything less than that you’re really not giving people adequate time to respond and digest the information.”

Use multiple communication channels. Simply mailing a written notice to participants is likely to result in some employees overlooking the information. A better approach is to leverage the variety of communication methods available nowadays, she believes. “We recommend using a multichannel approach because most people now, when they communicate with us, it’s usually through some electronic medium, so they’re checking the web, their email or they’re checking their smartphone,” she says. “What makes this (re-enrollment) strategy work is the ability to let people opt out of it. So, you have to communicate to them. You have to let them know what’s going on so they have the opportunity to opt out.”