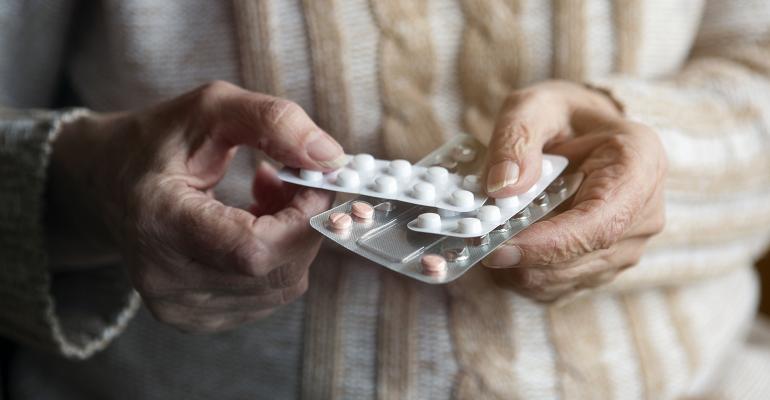 A “Stealth” Surcharge for Affluent Retirees

Higher Medicare premium payments are hitting a growing number of affluent retirees, thanks to recent changes enacted by Congress. Here’s how to help your clients deal with them.

Most planners look for ways to help clients minimize their taxes. But have you paid attention to the higher Medicare tab that can hit your retired clients when their income exceeds certain levels?

IRMAAs are impacting a growing number of affluent retirees due to recent changes enacted by Congress. But in some cases, planners can add value for clients by deploying strategies that minimize or even avoid the surcharges.

High-income surcharges date back to the Medicare Modernization Act of 2003. The rules call for Medicare beneficiaries exceeding certain levels to pay a higher share of total Part B program costs—the standard premiums cover 25 percent of the program costs, while those subject to IRMAA pay 35 percent. For Part D, the IRMAA is a percentage of the national base premium.

High income is defined using Modified Adjusted Gross Income, defined as total adjusted gross income plus tax-exempt interest income. The determination is made using the beneficiary’s most recent federal tax return—a two-year look back. For example, the IRMAA paid by your clients in 2019 would rely on 2017 tax returns.

The IRMAA kicks in for single filers with MAGI above $85,000, and $170,000 for joint filers. From there, the surcharges move up through four brackets. The difference can be substantial: Depending on the bracket, your client’s additional annual cost ranges from $642 to $3,535—and that’s per individual (for married couples, multiply by two). For Part D, the surcharges start at $13 per month added to your clients regular plan premium, and can range as high as $74.80

High-income seniors also are vulnerable to rising Medicare costs in one other way—they’re not protected by the “hold harmless” provision in federal law. This feature prevents the dollar amount of Part B premium increases from exceeding the dollar amount of Social Security’s annual cost-of-living increase. The hold-harmless provision ensures net Social Security benefits do not fall, and it applies to the 70 percent of the Medicare population enrolled in both programs.

But affluent seniors who pay IRMAAs are among a smaller group not held harmless. That can set up some sizeable increases in the base Part B premiums. For example, in 2017 non-protected enrollees shouldered most of the burden of rising Part B premiums; their premiums jumped sharply, while premiums stayed flat for protected beneficiaries, paying an average of $109.

Congress has tweaked the structure of IRMAA several times when looking to raise additional dollars for Medicare. The most recent, effective this year, means that Medicare enrollees start moving into IRMAA territory more quickly. Beneficiaries with MAGI from $133,500 to $160,000 ($267,000 to $320,000 for married couples) now pay 65 percent of Part B and Part D program costs, up from 50 percent.

What’s more, the income thresholds that determine IRMAA payments are not adjusted for inflation through 2019, which means a rising number of enrollees across the bracket lines. Inflation indexing will begin in 2020.

Rachel Sheedy, editor of Kiplinger’s Retirement Report, says she has noticed an uptick in concern among readers about IRMAA. “The most common thing we hear is people who experience a very large capital gain through the sale of real estate—it’s a one-time event and they are really shocked when they see themselves pushed into these Medicare surcharge rates.”

Of course, relatively few retirees have MAGI this high—only about five percent of Medicare enrollees are affected. So this could be chalked up to being “a good problem to have.”

Planners can deploy strategies that can help minimize IRMAA’s impact.

Start with good advance planning. “We start talking about this long before people retire,” says Carolyn McClanahan, founder of Life Planning Partners in Jacksonville, Fla. “We try to develop tax diversity so that we have some places to draw down funds that don’t increase income.”

In some cases, that calls for Roth conversions, she says; in other instances, simply withdrawing funds from IRAs starting at the age of penalty-free eligibility (aged 59.5) is a good strategy. “That can help minimize the needs for very large required minimum distributions down the road,” she says.

When clients are subject to IRMAA enrollment in Medicare, McClanahan’s firm does an annual tax projection, with an eye toward strategic drawdowns. “We might do a really large withdrawal up to the top of one of the surcharge brackets in one year, and plan to bring that down the following year.”

Sheedy adds Qualified Charitable Distributions to the list of possible strategies for managing RMDs. QCDs don’t count toward income, and hence can help minimize the impact of IRMAA. QCDs, which were an on-again, off-again feature of the tax law for years, were made permanent under legislation approved at the end of 2015.

QCD is a direct transfer of funds from your client’s IRA custodian, payable to a qualified charity. QCDs can be counted toward satisfying your RMDs for the year; clients must be aged 70.5 or older to make a QCD.

“A QCD can be helpful if you’re on the cusp of a tier as a way to manage surcharge costs,” says Sheedy. QCDs have become relatively more attractive since passage of the Tax and Jobs Act , she notes, because the law limits standard deductions.

Don’t discount the possibility of reducing IRMAA surcharges through a direct appeal to the government. If a household’s income declines due to “life changing” circumstances, make the case that the income from two years ago no longer reflects your client’s economic status. Qualifying life events include everything from marriage or divorce to retirement. File an appeal using Form SSA-44 from the Social Security Administration.