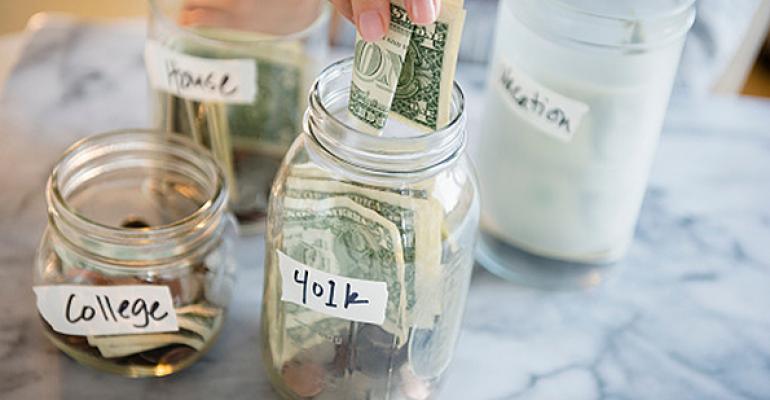 Save for Retirement or College?

Most young families should put retirement ahead of college on their list of financial goals.

Younger parents say “saving for college” is their top financial priority, according to the most recent College Savings Indicator study from Fidelity Investments. The sentiment is understandable, as many of those surveyed were likely scarred by their own high costs of college and lingering student loan payments.

But prioritizing future college costs for their children over saving for retirement could be a costly mistake. Here’s why younger moms and dads should put their own retirement needs ahead of potential college costs.

Most parents hope their children attend some form of higher education after high school. But a good share of kids don’t immediately head off to college.

The American Council on Education says that as of 2013 (the year with the most recent calculations), 65.9 percent of recent high school graduates subsequently enrolled in a two- or four-year higher education institution. In other words, a third of young adults didn’t have any college costs to cover. That figure marked the fourth straight annual decline since 2009, and the trend was reflected across the entire income spectrum.

Even when your clients are sure that their children will go to college, they shouldn’t stress out over the perceived future cost of an Ivy League education. The National Center for Education Statistics says that about four times as many students are enrolled in public higher education institutions than private schools. The majority of those students attending public institutions go to in-state schools that offer lower tuition expenses.

Sure, repaying student loan principal and interest can be a nightmare for students and their families. But the reality may be less frightening than they imagine.

Second, the interest on qualified student loans may be tax-deductible by up to $2,500 per year, even if the taxpayer doesn’t itemize.

The student loan payments and balances can even by reduced or eliminated by the borrower’s employer, a stint in certain public service occupations, or by an income-based repayment program.

Although student loans are readily available to most students, parents who don’t save enough will have a hard time borrowing to pay for unfunded retirement costs.

According to Savingforcollege.com, 34 states currently offer residents a state-tax deduction on deposits made to qualifying 529 college savings plans.

But since those deductions are usually only applied to a limited annual deposit amount, and only to lower-rate state taxes, the potential tax savings are usually dwarfed by tax reduction received from making deposits to a pre-tax retirement plan like an IRA, 401(k) or 403(b).

For instance, an Illinois married couple with $100,000 in taxable income would reduce their state income tax burden by about $141 if they put $5,000 aside in their state’s 529 plan.

But that same $5,000 deferred into a pre-tax retirement plan could save them almost 10 times as much in state and federal income taxes in the year the deposit is made.

However, if parents would like a “free” way to find money to save for college, they could take what they saved on taxes by saving for retirement, and use that amount to make a contribution to a 529 college savings plan.

It’s possible for qualifying parents to save for both retirement and future college costs by contributing to Roth IRAs.

If the parents’ retirement needs are more urgent than paying for college costs, the Roth IRA will serve as a welcome source of tax-free funds, once the client has reached age 59 ½.

But if the parents are ahead of schedule in saving for retirement when their kids go to college, the contribution portion of the Roth IRA accounts can be withdrawn with no taxes or penalties whatsoever at any time, for any reason—including paying for higher education expenses.

Keep in mind that if the family applies for need-based financial aid in the year after taking these withdrawals from the Roth IRA, the distributions may count as “untaxed income” in the financial aid formula, and may therefore reduce the aid awarded.

Most families should consider applying for financial aid whenever a family member is attending a higher education institution. But when they do, they’ll discover that it’s generally better to save for retirement before the kids are in college, rather than when the kids get there.

That’s because the FAFSA doesn’t include retirement account assets when calculating the “expected family contribution” or “EFC.” So any accumulated amounts won’t reduce need-based financial aid.

However, contributions made to retirement plan accounts during the year preceding the family’s financial aid application are considered “discretionary income,” and are therefore added in to the EFC and could reduce aid awarded by up to 47 percent of the relevant amount.

Once parents have assured themselves a comfortable retirement, there are still several ways they can help cover college costs without a significant savings effort.

They can pay for tuition and living expenses out of pocket, possibly benefitting from tax credits available for qualified higher-education expenses.

Homeowners can also refinance any available home equity into a new mortgage, generating a lump sum with a long-term payoff period and potentially tax-deductible interest.

Clients can also help by borrowing via the PLUS federal loans, with competitive rates and terms, or loans obtained from private lenders.

Finally, assuming the parents are financially secure, they can use their savings, retirement accounts and Social Security checks to make student loan payments for their kids. Perhaps the clients can refinance the debt via an intra-family loan with more favorable conditions.

And if you and your clients do a great job saving and investing for retirement, perhaps there will be enough extra money to pay off the education loans completely.